Ccp staff rly does not know how the game works

so do you people think he was trolling me or he just does not know the game mechanics?

Neither. You haven’t done the math. You can do the math yourself to show how bad sentry drone tracking is. If somehow 5,000 km away was still within optimal range, then maybe your sentry drones could hit him. 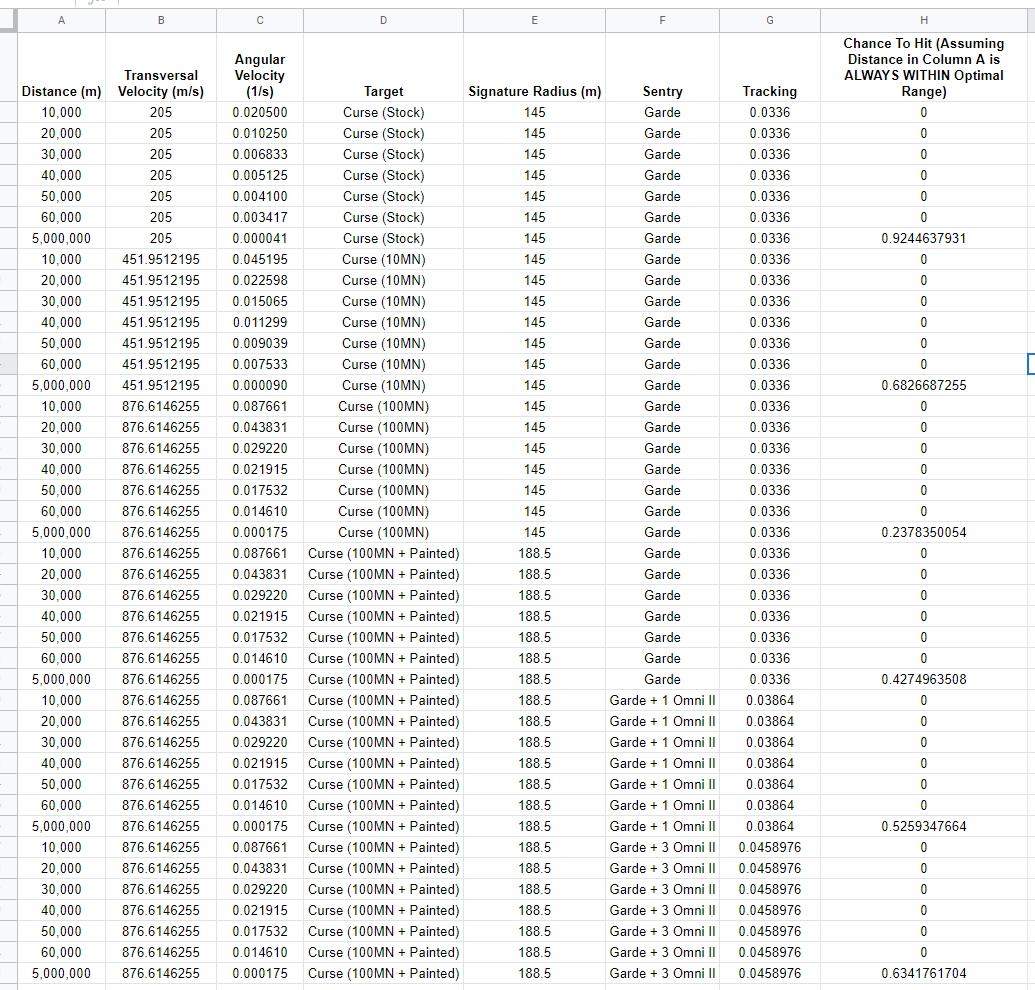 Because he might have believed you were trolling them as well. If a player as old as you ask me that question I would assume you are also trolling me. Instead of asking in your alliance you decided to waste valuable GM time.

In any event… ab moving curser has a tiny sig… Sentry drones are terrible vs moving targets.

Most GM don’t know how the game works from a gameplay perspective nor should they in most cases. The tickets I log I have to literary put together a process flow diagram to explain things to them or escalate to somebody that actual knows how the game works.

a vagabond may work

That being said, from my observation as a shuttle ganker it seems that some server reboots, the random generator is seeded weirdly and I am getting majority of my shots to be grazes or glanced offs at optimal. When other days I can shoot dozen of times and not get any. Sometimes the RNG is just ■■■■ whole day.

Not really related to above, but wanted to rant.

So direct copy paste of GM communications is against the rules IIRC. Expect thread to be shut down.

That said, it’s hard to tell from the information you’ve provided. Sentry drones do indeed have terrible tracking - they’re meant to shoot targets far away with virtually no transversal. Heavy and cruise missiles do very little damage against fast targets.

Your tracking modules multiply the tracking. Multiplying a low number still ends up with a low number.

If you had trouble applying damage because the target was fast and kiting, then sure, a webbing frigate would help slow it down.

To the best of my knowledge, GMs aren’t really required to have deep knowledge of game mechanics. They generally don’t in any game. They usually resolve situations that have little to do with in-game mechanics, and if they need more info, it’s up to you to explain why.

From the limited information presented here, it looks at least as likely that you have your game mechanics wrong as the GM does. It basically looks like you were trying to hit a sparrow with a bazooka and complaining about missing.

The GM explains that sentry drones have poor tracking, that it’s better to use mobile drones (light ones in this case). He also explains that there are stacking penalties for mods affecting drone tracking, and not to expect the inherently poor tracking to be overcome that way. The GM was exactly right. His suggestion to slow down the target is an other element in explaining the underlying mechanics.

What else could the GM have told you ? Possibly to use missiles with an explosion radius in the same order of magnitude as the sig radius of the fast moving target (lights or rockets, possibly with a target painter (or two)), and with high enough explosion velocity to maximize application on a fast moving target (whether or not in combination with a web).

I think the GM did a good job trying to explain the underlying parameters and how you could do it differently in the future, and knew how that part of the game works. He explained why your fit was not adjusted to the situation.

Also inb4 lock, because you posted a personal reply from a CCP employee.

the thing is aplication on misile dps also suck big time even using aplication modules and drugs .was just making a point on how stupid ess mechanics are and the guy tells me to use a webbing frig. only cruisers and above can enter ess

try kiling a l;oki with light drones also try to get inside the ess with that webbing frig

how stupid ess mechanics are

Sounds like you have a problem with sig radius, and its role in sig/speed tanking, not the ESS in particular.

You have marauders for defense they can project easily out to 100k they have e-war reduction mechanics, so even if a curse tracking disrupts you, you can still kill it.

You have recons with long range web’s too that can slow the guy down and reduce his sig tank.
You have ship’s cruiser size with bonuses to target painters.
If you want something that can 1v1 a 100mn curse, you can use a curse yourself and bling it just as much and neut him out so he can’t escape the bubble. Except you can fit 10mn instead of 100mn like him so you have much more stable cap and will win the neut war.

100mn Vagabond with dual battery will laugh at a curse trying to neut it and wreck its face in.

You also have the option of long range guns + sensor damp’s so you can hit it without it being able to put its e-war on you.

the thing is with the dead space abyssal and a good clone there is a free ticket for ess attackers .

You just have your alt eject it from his battleship.

At any rate, “web to slow it down” is the advice, if the GM bobbled on the ‘frigate’ part big deal.

Sounds like you failed an encounter and are just looking for ways to make it somebody else’s mistake rather than your own.

curse was 1 ship the dps was from aloki or lelaps on an other ocasion .also using mauraders is kinda expensive also lame pressing f1 is not a good fight.vaga wont even make it 30 sec in a fight like that

the thing is with the dead space abyssal and a good clone there is a free ticket for ess attackers .

I’ve robbed a few ESS’s and the standard response is a Huginn plus marauders. Pretty much nukes anything that tries to align out. Huginns are so common as ESS defense in null it’s kind of surprising you’re making a big deal about the GM’s light “frigate” mistake and not just take the “web” advice in stride.

I’ved killed a curse and 2 other ships solo in a brutix before, at range.
It can be done.

inside an ess? cause u wont get range and get neuted from 80 km also u will have the dps lets say from the loki

To fight a curse + loki I would bring in 2 rail brutix each with 1 damp, and put the 2 damps on the 80km ship to force it back inside.

The loki will die faster than it can shout help in local, and by the time the curse gets back in range its going to start eating heavy dps.