I found the concept sketches on the left here, which reminded me of EVE ship profiles. The circled chip reminded me a bit of the Megathron profile, which made me think it might make a decent base for a Celestis redesign. 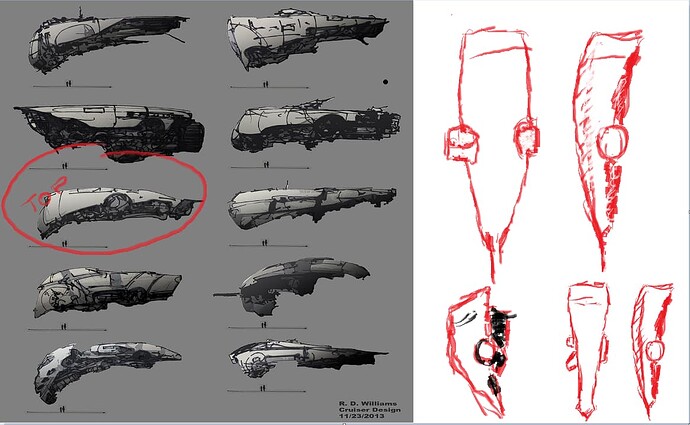 Obviously my paint skills are lacking, but I think you get the idea. More of less take the circled concept sketch and make it vertical.

So just a bigger version of the Maulus…

pretty much. I initially played around with having the flared out portion be facing downward… but i didn’t like how it turned out.

This is an interesting idea. I dislike the specific design presented, it looks too Amarrian.
The Celestis is one of the most hideous ships in the game, but I think it just needs an aft fuselage redesign. The front and asymmetrical nature of it is really nice, but the engine moustache is too much for me.
Luckily the Celestis is not very iconic.