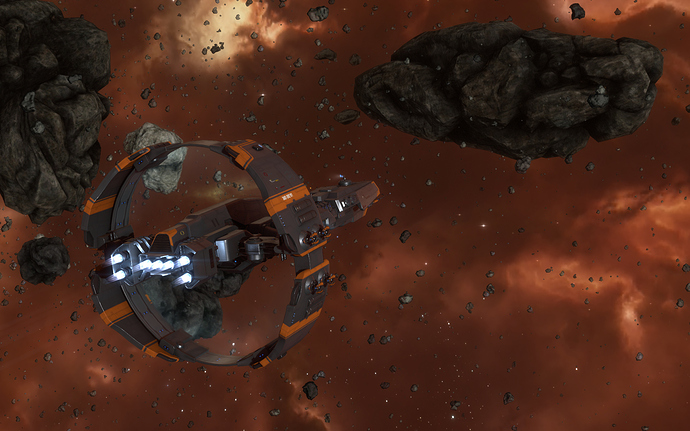 Take a look at this dev blog for more information on the current status of the chat system in EVE Online, and efforts to resolve issues.

Check out all the details here!

I think major part of playerbase will not miss inconveniences. But some bot hunters will probably disagree.

Under the new system, it’s been possible to move channel ownership by adding new owners, then removing old ones. Will channels revert to the owners they had originally, or retain the ones they have at the time of transfer, if the old system is re-instituted?

Good to read that action is taken.

About bloody time i say !

At this stage, can’t guarantee that it will be the case, but if the old system is reinstated then we’ll look to make sure that current status is migrated back to the old system.

- If our current efforts do not yield positive results by the end of January, we’ll begin the process of investigating the reinstatement of the original chat back end, which despite its future limitations, served New Eden reliably in the past.

Thank you for realizing “The Cloud” is not the solution for EVE Online. This will be one of many steps in putting EVE back to greatness.

I think the new chat engine is behind the constant disconnections* I’m seeing every time I finish a combat site… sometimes, in the middle of the site! And more often than not, following the destruction of a structure or immediately upon conclusion of a fleet engagement.

I mean, call it a minor inconvenience, but so far it’s cost me nine ships, one of which I actually bothered to ticket.

*the disconnections started last March when the new chat system was onlined. Happy coincidence? Not even a bare client reinstall fixed it.

So finally i will be able to right click and add people to an existing player chat channel?

Does this also have anything to do do with issues with the sound effects with certain ships that also hasn’t been resolved?

It’s starting to get a bit ridiculous having three different local counts on three different clients in the same system. Spending fifteen-twenty minutes trying to nail down a war target only to discover they’ve been offline for half an hour, etc.

How much work would it be for CCP to create its own separate chat servers based on the “future-proof” concepts used by the large and scalable chat service it is currently outsourcing?

It is a pity that the screenshot from the asteroid belt.
Can you return the “asteroid environment” in the mission and in combat complex ? So that I could again make beautiful screenshots for memory: EvE Screenshots

What about the chat.
Don’t expect anything good.

You know Eve is run out of a data center near London, right?

The chat system is not though, is it? I think that’s his point.

“Finding a fast, effective and permanent resolution to these issues is now a top priority for the development team.”

Why is it only “now” a top priority after daily problems and complaints for a long time. Surely this decision should of been made a long time ago.

I thought communication was going to improve at CCP.

They have comunicated that they are working on it.
That was probably only some guy in basement working on it in spare time after working in kitchen, and after 9 months paternity leave. Imagine that now cooking will be outsourced to polish immigrant so that CCP can work on chat full time.

This is what I don’t get… chat is one of the very first internet technologies invented. Shouldn’t CCP be completely humiliated that they couldn’t figure it out? That they’re having to devote their whole company to software that a highschooler should be able to write?