You carry right on thinking that. Suits my wallet fine.

Yah, I’m sure you are making bank, hauling cheap noob modules around Highsec.

But Gix has gone beyond the idiot stage…he’s just pure toxic and malicious, casting every single thing I say as a lie. There’s only so much of such BS one can put up with.

Heh. Or you know I’ve got you dead to rights and so you flee. Its also why you hide behind an alt

I think perhaps length of time here dulls people to the sheer toxicity of a lot of the posting. I get along with just about everyone on other MMOs. The main reason I don’t mention who my alt is…is that they have a nice polite existence in Eve, even when some guy in a bait ship zonked me it was all very polite after, with advice from him about baiting…and I just don’t need the toxicity from here spreading over to that account…which is actually doing extremely well.

That’s what you got Cilla for and you hide behind her.

Look at what I’m doing for example, and then see how there’s literally zero blowback for me. No one’s going to ever do anything to you or your secret hidden PvP main just because of your posting on the forums.

Me as well LOL.

I block people who are insulting and nasty, they lost the argument already for being that way.

I am super unimpressed that you all are ganging up on a new five month old player like this.

Oh…i’m so tempted to put you right on that. There’s a delicious irony. Some of Destiny’s money ultimately ends up in my account.

Then do it. But you won’t. Cause it didn’t happen and you are scared to say your main

Some of Destiny’s money ultimately ends up in my account.

I literally offered to hire you for genuine mercenary work.

Well, in 5 months I’ve gone from being a scared noob who barely ventured outside the starter systems, to travelling far and wide, trading in multiple systems, engaging in PvP ( all losses so far ), and thanks to reaching level V in a number of skills I can venture out of dock in something that at least starts to resemble big and scary.

The reality is you are exactly the same.

The same player who comes into the forum and says “I’m doing this” and then launches into a tirade when other players offer advice.

I remember vividly all the “gankers are evil”, “pvp isn’t fair”, “I can’t do anything in my procurer because 10 ships will drop on me”

And I remember all the players offering advice and your rude and antagonistic responses. And now 5 months later you parrot back exactly what you were told back then to others. Which is arguably some progress. But the rude obnoxious behaviour has just moved on.

It’s only been a couple of weeks since you were talking about putting missiles on a ganking ship. And your response to people explaining how that was wasn’t a good idea was on par with if they had insulted your mother.

How you can keep a straight face while accusing others of toxic behaviour is beyond me.

Cilly is a literal bot aspirant.

Someone will probably tell me something like this already exists. If it does then I’d like to know… A macro is something that binds a bunch of operations together into a single action. I think the term originated with spreadsheets. Macros exist in other online worlds…for example in Second Life I had a multifunction one with programmable buttons ( down one side of the screen ) where a single click could tell you an avatar’s height, rez a pose stand, or any other operation that usually involved c…

I literally offered to hire you for genuine mercenary work.

Why would I want to, when I can sit in dock and watch my wallet go ‘kerching !’ every time Aiko destroys those…er…‘noob mods’ and some hapless person has to replace them ? Another hauling mission for Cilla. I mean…if you can’t beat them…tuck into the food chain

I keep trying to say ‘Praise Aiko !’…but it ends up more like… 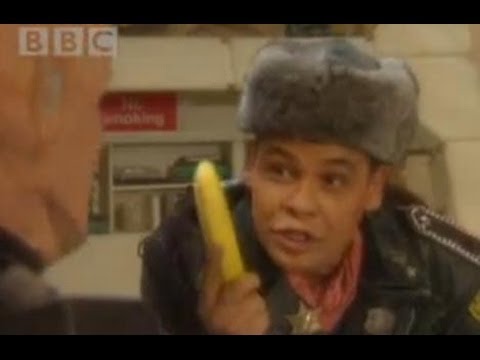 Red Dwarf, an absolute classic and that was an especially funny one you linked there.

Thanks for linking that, I had a really good laugh watching it.

I recruit genuine brand new newbies for my nobody important corp and I don’t understand why people would be giving this 5 month old “new” player isk.

My guys are taken on wormhole adventures and taught the basics of scanning on the first day. They may need a occasional corp whip round for a expencive skill book or the odd “no worries there’s a new one on contract” for a month or two but not for five.

Why would I want to, when I can sit in dock and watch my wallet go ‘kerching !’ every time Aiko destroys those…er…‘noob mods’ and some hapless person has to replace them ?

Because it would be an interesting thing to do that you haven’t experienced before, and the money is just an extra incentive?

haha Destiny, you replied to Cilly - that means she is winning!

I don’t understand why people would be giving this 5 month old “new” player isk.

Maybe he grasps that I’m not just some corp minion, like your day old noobs, who’ll never be heard of by anyone.

Maybe he grasps that I’m not just some corp minion

Instead you’re the alt of some corp minion?

Or the minion of a corp minion.

How many minions deep can we go.

Maybe he grasps that I’m not just some corp minion, like your day old noobs, who’ll never be heard of by anyone.

Yea. Like the ones you throw under the bus and get killed LOL.

How many minions deep can we go.

I post on the forums, which makes me relevant!

How can you be so stupid (hypocritical) to deny that a beginner should have a save zone for a comfortable and effective study of the mechanics and features of this far from the simplest game. If, at the beginning of the game, a newcomer is “hit on the hands”, and, according to tradition, they are mocked in a local chat, it is unlikely that a person will not be demotivated to play Eve.

I supported, and I will not hide, I participated in high-sec ganking for quite a long time, we destroyed ships equipped with officer and faction modules, while getting a good profit. Thus pushing the “sitting” high-sec players to master other aspects of the game, except for the routine passage of 4 missions. And it was good for the ecosystem of the game.

But killing players who haven’t even played in a week, not for profit, but simply to inflict a personal insult is an unhealthy trend, and definitely requires intervention. Only a mentally handicapped person can deny it. IMHO