jEveAssets is an out-of-game asset manager for Eve-Online, written in Java

All feedback, bug reports, and feature suggestion are always very welcome!
They are a great way for users to give back to the jEveAssets project.

Talking with the users of jEveAssets is my biggest motivation to keep working on jEveAssets.

I always try my best to help everyone with their jEveAssets problems (as much as life allows).

jEveAssets is a wealth tracking and inventory management tool that works across multiple accounts including corporate accounts.

Powerful, customizable filters allow you to drill down and analyze your data in as much detail as you like. It keeps track of sales and expenditures, industry jobs, lets you know when stock needs to be replenished, and most importantly calculates your net worth.

What I use jEveAssets for:

I make most of my ISK by manufacturing and importing a stock of several hundred items and selling them from a nullsec trade hub. I use jEveAssets for:

What jEveAssets is not:

At times like this I wish there was a diff function-- ie. a “what changed?” button. 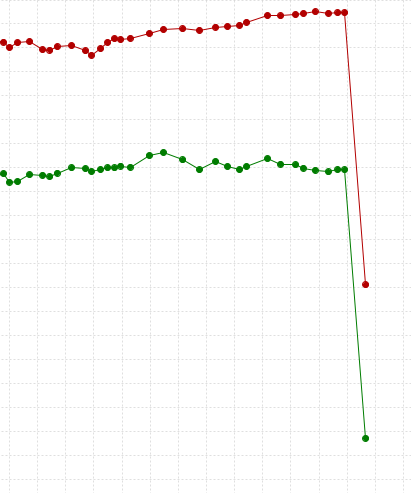 I’m guessing this happened because eve-central.com is down so all assets are valued at nothing. I’ll switch my price source to eve-marketdata.com and try again in six hours.

@Johann_Hemphill
Thank you for the review!

You can delete fail data points like the above, by double clicking near the point you want to edit. You can either delete the point or edit each of the values that makes up the total.

Yerh, eve-central is down, but, I will consider it a bug that it overwrites the old prices and just zero everything. I will look into it over the weekend (no saving the prices now that they’re all zero, so, please switch to eve-marketdata). That said, you don’t have to wait 6 hours to update the prices from eve-marketdata, you should be able to do that as soon as you change price data source or at maximum 1 hour, that should create a new tracker point. Tracker points are created on every update.

Thank you for your feedback

I’ve been using this for years now. Great work; thank you. Yesterday however, I started getting an error when I click on jeveassets.jar, loading screen gets about half way and then I get an error message (that look like it might be Java). 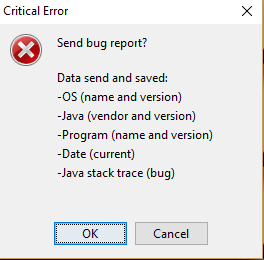 Any ideas?
I uninstalled and reinstalled the latest Java and jeveassets 4.1.3. Still no luck.

@Ivana_Earnalot
That is a jEveAssets error.
When you press okay, it should return a bugID, if you can post that here, I will be able to find the bug report in the bug database and may be able to fix it.

Otherwise, you can email me the logs (explained on the wiki)

I will look into as soon as I have something to work with…
Thank you for your bug report.

Bug ID: 523
Thanks for the quick reply

@Ivana_Earnalot
I have send you an email reply, with suggestions to fix the problem.

Thank you very much. Everything is up and running again. It took a few trys because I forgot to change to Market-Data since eve-central is down. Your solution worked. May the ISK gods be with you

@Ivana_Earnalot
Thank you, very happy to hear that.

I’m going to release a bug fix version soon’ish that will handle the kind of error you got a lot better. It will also include a fix for all prices being set to zero when price updates fails.

Bug Fixes:
-ESI was not working

Here’s a feature request for the Ship Fitting tool: Can we have an option to Export an EFT block to the clipboard? It would be useful to be able to export a shareable fitting of any of the ships I own.

I might be slow but I cannot figure out how to use the XML fitting file it generates now.

Issue added
It will be some time before I have time to work on anything else than ESI.

Currently trying to get jEveAssets to update ESI and EveKit in threads, that should drastically decrease the time it takes to update.

Once ESI is done, I will start working on all the other stuff again…

ESI is awesome, also, from my perspective, It’s a lot easier to work with than the old XML API.

My jEVEassets will not auto-update to current version. My version: 4.1.1.
(I noticed since I still have the zero-prices-bug, and switching to eve-marketdata.com has not fixed it.)
I tried the “jupdate” executable but it said “don’t worry, main program will do that automatically”.

@Felix_Judge
Thank you for your bug report!

You can always download the latest release from GitHub.
I will let you know when this is resolved.

@Felix_Judge
I’m not able to reproduce the error.
Could you please send me the logs (see: the wiki)