I like Solo, Small, Medium and occasionally large scale combat. The first two allow much greater expression of skill than the latter.

When I fight, I want to be challenged to affect the outcome by my presence as player working hard, rather than my far less meaningful presence as one extra gun in the hands of an FC.

PvP is chilled by multiple ongoing problems with game design. The overly strong defensive capabilities that infrastructure provides makes a foundation so solid that it causes gigablocs to become unremovable. Permanent gigablocs gives stability, and stability gives rise to stagnation.

The unending search for kills instead of fights gives rise to content-dampening strategies and risk aversion – plenty of players want to fight, but stay docked waiting for someone else to undock and commit first.

I’ve played Eve since 2007. I created the character that would become my main in 2008 with the express purpose of lowsec piracy. I specialise in most areas of ship combat, from Solo frigates to fleet battleships, from Lowsec brawling to Nullsec Interdiction and everything in-between.

I’ve been a member of the CSM for a year before, and have decent relationships with a number of CCP developers for discussing Eve matters.

I care passionately about the true nature of Eve, and hate to see it compromised for the purpose of chasing after the wrong types of players. If Eve isn’t a harsh but fair environment of player created content and stories, it’s absolutely nothing. I do not shy away from saying things that need to be said, and can separate my own playstyles in game from my view of what is healthy for New Eden.

I have been working by myself and with CCP on various aspects of structure combat and wider strategy, and I have been achieved multiple instances of powerful changes being accepted and produced by the developers.

There’s still a huge amount of work to do, and it doesn’t scare me or tire me out to see that the list of fixes stretches out years into the future – I want things fixed to bring content screaming back into all areas of the game, even if changes take a long time to see fruition.

I want to continue my crusade against the powers and capabilities of Upwell structures until they’re massively fewer in number, less powerful and no longer placeable in oppressive locations.

Faction War has been promised to be an ongoing full focus for a dedicated set of devs at CCP – I believe that FW is the core of what made lowsec incredible from the day it was introduced, and I want to take my experience as a FW player and as a Pirate to help shape it to be the dominant form of PvP content in lowsec again.

I want to drastically lower the vast size of gigablocs not through anti-sandbox hard limitations, but by offering viable ways to progress in Eve outside of the giant groups. This includes better and more competitive income and combat opportunities, as well as helping CCP see the value in providing a maintained Discord integration to allow groups to start and grow without the need to rent a server and get an IT guy to provide authentication services.

As for what I’ve already accomplished, many of the current and future unannounced Citadel revolution changes are born from strong lobbying and experience driven presentation to CCP during my term on CSM15 as well as continued contact and discussion after. Being directly on the CSM amplifies this voice again.

I feel confident to take credit for a number of smaller changes, such as our ability to have multiple clones inside single structures (I want the zero-cooldown to expand to include NPC stations – I believe owning a citadel should not be a necessity to have a level of competitiveness)

I play Eve to the extent that I don’t take extended breaks. I’m always chasing some form of PvP, as it gets harder and harder to find. I believe that any decent candidate needs to be actively playing the game regularly to have a chance of understanding what life is like. I truly believe that content in this game is able to be resurrected, but only with honest efforts from both CCP and the CSM members to put aside short-term personal biases and look to the future health of the game. Self-serving lobbying will only harm all areas of space, and ultimately be the death of combat.

Anyone who knows me will tell you that I can talk about Eve and it’s issues to anyone for an unlimited amount of time. If you want to learn more about the specifics of what I stand for, message me and I will get back to you! 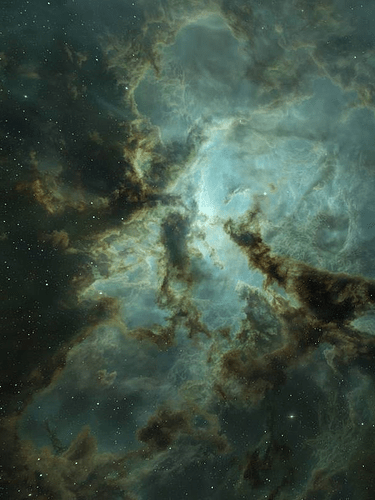 Return to real Eve About The Cause Eve Online is stagnant. Giant Gigablocs remain forever in their home regions, calling themselves PVP groups while demanding that the action come to them. The strong foundations of overwhelmingly defensible unlimited...

W0wBagger – Shadow Cartel
Whilst we have a history of differences in game, i’m confident that Phantomite has the games’ best interests at heart and a solid knowledge of what needs to be done to help turn eve’s fortunes around

Lorosecco Kross – Hard Knocks
Phantomite is one of very few CSM members with no personal ambition or illusions of grandeur - he just wants to make the game better for everyone.

Gobbins - Pandemic Horde
Phantomite has shown great passion and dedication during CSM 15. His attendance to the weekly meetings was very high and he worked hard to represent the point of view of smaller scale players while also putting the effort to understand other playstyles. Together with Torvald, he was key to a series of presentations we gave to CCP about faction warfare and lowsec’s role in creating a healthy ecosystem for the game as a whole. Although nothing had come out of it in the short term, some of the FW revamp proposals can be traced back to those initial efforts which he was a part of.

I have started to transcribe notes into a list of some of my most important issues and concepts.

Thank you for visiting my page of specific changes. This is not an exhaustive list of things I'll be pushing for, and is a work in progress as I transcribe my sets of note and reminders. If you feel there's something that suits my aims that is...

I will be voting for Phantomite.

What Lorosecco said… gets my vote.

Ive been playing eve non stop since 2004, and i have allways lived in lowsec and been a lowsec Pirate as far back as i can remember.

I believe and have faith in Phantomite that he will make Lowsec great again. He is a true eve nerd that will fight for the interests of lowsec.

I highly encourage everyone to vote for Phantomite.
He will get my vote.

You know who I am and this is a name I use the most.
I sub 30 pvp accounts and none of them are my main.
Hit me up on discord (Multai#4453) if you want a chat. I can help you touch grass, my feedback might even help your campaign.
I know you care about the game but your ego built a personality that you “like to pvp” which is false. Look at the start of your own post:
“Giant Gigablocs remain forever in their home regions, calling themselves PVP groups while demanding that the action come to them.”
That’s you, you described yourself! You sit in the biggest block, in Rakapas and demand that FW comes to you.

I genuinely don’t know who you are.

I can second what @Multaii said word to word. Fliptomite you are a good guy in heart but you are deluded my son. Everything you keep repeating for years became irrelevant the same moment you joined the biggest blob of lowsec that is oppressing the whole lowsec and keeping it from developing into more healthy environment, you know this my guy and you will never admit that you became part of the biggest problem lowsec has right now.
I guess you will not recognize my alt, but here is my discord ruski#3000, hit me up and i might help you with your campaign.

Having flown with Phantomite since the OG Snuffbox I know he has the best interests of the game at heart. Smallscale lowsec PVP is lots of peoples jam and lots of people were driven away from it because it was constantly ignored by CCP.

Content drivers were removed, risk vs reward was skewed and things just got worse. Used to be there were plenty of entities that could move on the same scale as Snuff and massive lowsec brawls weren’t uncommon.

Kinda hard to believe when you are a part of problem. Would be more convincing if you were not a member of sniffed out

As I did last year, I wholeheartedly endorse Phant as a CSM candidate.

Not sure why Multai and Ruski have their pants in a twist, maybe being baited and losing caps on egodrops a few too many times methinks

(fed couple of caps yea, we are bad and can’t get over it

)
Toxic guys like you are big part of the problem this game is having, hazing and talking down on people who are actually trying to pvp.
Excuse three of us for trying to fight 30 gamers the only way we know. Big ship good!

Also “being baited” part is really good, do you really think you baited anyone ever?

We provide content to low sec, we fight the blob.
We try to use the tools that we have from CCP creatively that keep getting nerfed to undock more and engage everyone, no matter the situation. Who else here drops titans on snuff, drops HAW dreads on AMAR+Congregation and creates content out of nothing?
We could all sit in amamake KS together and wait for CCP to make the bad men go away so we can undock our favourite nano Vedmak to kill a cyno.
What do any of you know about creating content? You shot a citadel once with a 50 man battleship fleet and nothing happened? thanks for trying I guess, vote for Phant to make dreks and vedmaks stronger at killing indy cynoes!

He baited us into posting.

Bet he has lot to say

If you’ve decided you hate me then there’s nothing I can say to change that.

Is this all you have to say?