ASMR- is proud to present our first full news holovid broadcast covering the lead up and first day of the Caldari Navy and State Protectorate’s Serthoulde Campaign!

In addition to the holovid’s content we have worked to produce another battle report encompassing the entire constellation as well as the system of Anchauttes from the time the Navy issued its amended orders, to the end of the day. This BR follows the same format as the previous Innia ones with unaffiliated reports and entities on the left, Caldari forces in the middle column and Gallente on the right.

Production will begin shortly for our follow up coverage on this campaign, stay tuned for more!

The latest development from the Serthoulde Campaign! Following an initial reinforcement of the 103rd Sublimation Group’s Astrahus headquarters in Athounon several days ago, Caldari units deployed in force to defend the structure’s repair timer today, utilizing a dependable Ferox doctrine the defensive fleet positioned itself just a minute before the repair countdown started.

The Gallente attackers arrived minutes later in a large Harbinger heavy fleet and both sides began unleashing volleys with the Gallente trading unfavorably before even more Caldari reinforcements arrived as a second Ferox fleet arrived under the Brave Collective & Brave United banners. Despite continued attempts to fight both the Ferox fleets, and the Astrahus itself the Gallente taskforce’s logistics wing crumbled under the combined pressure and the additional factors of poor positioning.

As the Gallente began withdrawing a United Fleet Cerberus gang arrived and successfully picked off several stragglers, ending the brief bloodbath decisively in favor of Caldari forces which continue to maintain a strong control over the constellation as ordered by Brigadier General Heika Torigo.

The full Battle Report for this engagement can be found here, following the same format as previously released BRs, with 3rd parties on the left, Caldari in the middle column and Gallente on the right.

Achur State Mountain Report has received exclusive footage depicting the boarding of the EDENCOM Structure in Athounon! More information as the story continues to develop! 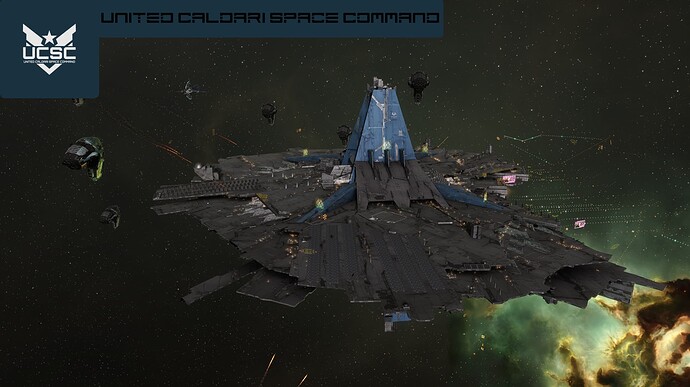 Following a reinforcement of a Gallente Astrahus in Alparena, (the scene of several battles earlier in the campaign) the structure once again served as the set piece for a large scale firefight with multiple independent pirate and capsuleer fleets making their presence felt.

Caldari Forces arrived on grid first with a contingent of Cerberus Heavy Assault Cruisers, intent on grinding down the Gallente structure, but a fleet made up of “Dock Workers” pilots in Harbingers with a Guardian logistics wing. Some reports indicate they were intended to be there as a supporting group but shots were exchanged between the two fleets as a small force of Gallente defenders also appeared on the battlegrid.

Thus a three way fight briefly ensued until a fourth fleet, headed by Deepwater Hooligans, arrived on grid in a large fleet mainly comprised of Legions and began laying waste to the Dock Workers fleet and a destroyer wing of the Caldari fleet.

Out numbered and out-shipped, the Caldari FCs called for a quick withdrawal to preserve the Cerberus fleet as Deepwater finished what the State started, decimating the Astrahus until it’s reactor melted down in a final large explosion. 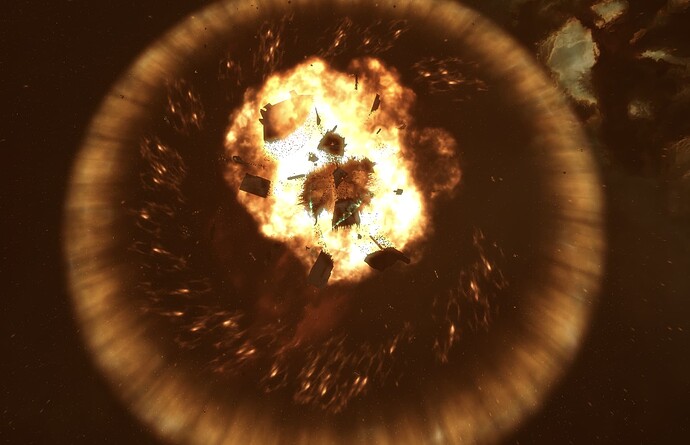 The final battle report is available here. Of note, the Gallente forces lost an estimated 10 billion ISK in assets, and the destruction of their staging Astrahus marks yet another in a long line of strategic victories for State forces in the Serthoulde campaign.

That was excellent reporting! Any chance for interviews with the FCs or any of the opposing militia? Thank you for your hard work!

First off, we at ASMR- would like to briefly apologize for the lapse in coverage as many of our staff and our heads @Thadius_Faran & @Naomi_Hakashi were attending a funeral ceremony this past week. With that said…

Caldari Protectorate forces have further strengthened their positions in the Serthoulde Constellation, over the past week securing the Esesier system and just in the past twenty four hours pushing South through Placid taking the system Aubenall.

Sources indicate that much of the Federal Defense Union forces have chosen to cut further losses, and abandoned efforts to retake Serthoulde or the surrounding area, instead choosing to consolidate at the FDU headquarters in Fliet.

Developments from Athounon itself also continued today, with the release of a second video recording of the boarding action Caldari Marines have taken aboard the EDENCOM structure. First released and broken by the Arataka Research Consortium. 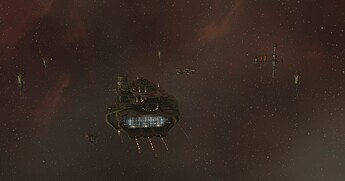 The Achur-State-Mountain-Report has opened a public direct messaging platform and YOU are invited!

In a sudden frenzy of activity Minmatar and Amarr capsuleer forces have been ordered into mobilization for control of Eugidi constellation and Flosewin star system. This follows the heightened alert status of Republic Fleet units in border systems across Minmatar space. This is a developing story, further coverage and information to follow! 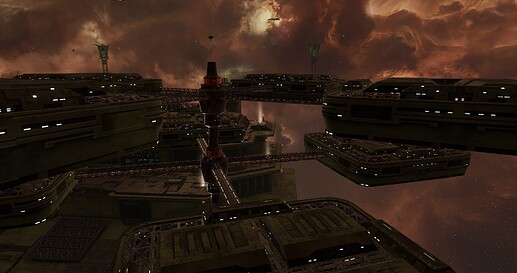 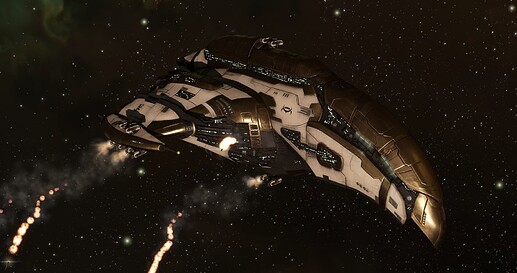 New video footage has come from the Athounon system in Serthoulde, this footage appears to have originated from an EDENCOM Surveillance Drone over a month ago.

Serthoulde continues to be firmly controlled by Caldari forces and two more systems, Old Man’s Star and Moclinamaud have been secured within the CEWPA warzone from the Gallente Federation.

Fascinating - this is the first time we’ve been able to see active footage from not only the surface of this Triglavian-affected world, but any world on which they’re conducting operations, be it in Pochven or not - discounting a desolate expanse seen on one of the worlds of Raravoss.

Is that a structure being approached, followed by detection and firing upon by Triglavian beam weaponry? I’m curious to see what might next be seen.

At least, active footage from an Empire or CONCORD source.

Further additional drone recording data has been recovered and provided by @Remilia_Malitia giving a clearer and fuller picture of the EDENCOM surveillance on Athounon V! Enhancement provided by associates from Mercury Arms Inc.

Well then, that’s painted a clear picture. That’s a Triglavian structure on the planetary surface alright. Defended by drones in this instance. Nature of the structure is not clear, could be resource collection/storage, or military. Excellent work by Remilia in acquiring this data.

Has there been any sign of further activity - either on the surface or in orbit of Athounon V? Currently there appears to be a standoff between small State and Federation squads in the vicinity of the EDENCOM structure.

I’m also noting the following from the latest Galactic Hour.

Have any capsuleers made a headstart on following suit?

This could perhaps be something that those in the State, Empire and Republic could look in to. They all have Triglavian minor victory systems in their space with storm planets. The other Federal systems under minor victory parameters - Actee, Arraron and Carrou, have no storm planets.

I ain’t really sure what President Aguard is attempting to do with this. Devoting resources to scouring every single storm planet in the Federation just seems like a waste of them to me.

It is the kind of resource driven behavior we have seen from the Triglavians before, concentrating on systems with blue suns originally. Storm planets produce Rocket Fuel and other T2 components, the kind of thing you might want to gather in order to build up your military infrastructure.

Yes, but this is all happening in a Triglavian minor victory system. I don’t think it’s all that unreasonable that they’re doing things in systems where they actively have infrastructure. Perhaps there could be cause for concern in systems adjacent to the ones stolen away that became part of Pochven. But scouring every single planet in areas that I would consider very low risk for this kind of activity, such as the entirety of Solitude, seems like a waste of resources.

I think it’d be more reasonable to have Federal forces to make sure there ain’t any funny business happening in the Federal trig minor victories, if there were to be resources allocated to this sort of thing, regardless of planet type.

I think the more interesting question is: why are the Caldari so intent on holding the EDENCOM structure/ orbit of the planet?

Shouldn’t you have asked that 3 weeks ago?

Has the question been answered somewhere?