So I drive a truck around the US and will be doing so until end of next year. But I’m really missing my EVE Crack. I really want I get back in a WH but sadly due to my unreliable connection sometimes I can’t really risk PvP or any corps that require attendance to stay in the Corp.

Hey dude come check us out.

We are called Whiney Emo Drama Babies [WAAAA]. We’re part of the Badfellas alliance and currently live in Malpais. We’re a small but tight-knit Corp that believes in RL is paramount and takes priority over the game. Most of our Corp members are in their 30s with families. Many are prior or current military. We pride ourselves on self-sufficiency and are into all the aspects of the game from PVP to ratting, to Indy, to whatever floats your boat.

Just to be clear, we are primarily a PVE/Indy corp. Plenty of PVP is available through HomeDef fleets, Roams, and helping out allies. When HD fleets, and Major Ops are called, we expect our members to fleet up to help protect our allies and defend our home though. That being said, if you are PVP inclined we do have a separate PVP Focused Corp for characters with that inclination, and you can be in both corps between your characters.

We are happy to have members of all skill levels. We have 150m sp supercap /titan pilots all the way down to 3mil newbies (they’ve grown up a bit since then, but you get the idea.) People in the Corp like to help each other out. It’s probably the most tight knit “family” kind of atmosphere I’ve ever been in.

The corp is split between US and EU TZ, but we have people on at all times. The alliance we’re in has a strong EUTZ presence and many of the operations that take place are in that window

Currently, there are about 15 real people and we’re looking to grow by another 10.

We have a bunch of JFs so getting your stuff out isnt a problem.
We have multiple Rorquals if mining is your thing… amazing boosts from it and we also have corp mining barges/exhumers for you to use (no need to bring your own out)
Robust BPC/BPO archive. We can make just about any ship or module on the market (to include T2s, cap ships, and even Citadels)
Solid reputation & leadership team. The corp has been around for years, but recently the leadership took a break and just returned. The leaders of the corp have run 100+ man corps and 1000+ man alliances.
Alliance has an SRP program for qualified losses
If this sounds interesting and you want to talk more, I can be found here or you can join our Recruit Channel " MENFI Recruits " and I’m sure someone will be on to chat with you.

Fly safe and I hope to hear from you!

PS - If you haven’t figured out the corp name and ticker are ironic, you probably won’t be a good fit.

How about FW (which is mainly frigs and dessies)? If so, then check us out

Dirt ‘n’ Glitter is a PvP oriented corporation serving in the Caldari militia in faction warfare. We offer content and fleets to eager PvPers at any SP range.

What we’re looking for

Would love to chat with you on Teamspeak. Mail me in game if you’re interested.

Have you considred faction warfare? Its good for popping on, blowing stuff up and popping off.

📌 Top 50 PVP Alliance 📌Core member of Ushra’Khan, the oldest alliance in the game 📌Deeply rooted in game lore and Minmatar RP We are an international, English speaking community, with a strong emphasis on community. We are accepting new and...

Frank, you should consider giving us a shot at Singular Paradox

Singular Paradox is looking for more pilots to bolster our ranks . We are a mature USTZ based casual corp living in Wormhole space. Singular Paradox is looking for pilots that are mature, laid back and understand at the end of it all its just pixels. We do not have mandatory OPs or CTAs. What we do offer is the opportunity for you to experience EVE in a stress free relaxed environment.
We have regular PvP roams through worm space, low sec and 0.0 with experienced, patient fleet commanders. Never PvPed, no problem we have plenty of vets that are more then happy to help you along the way. Dont want to PvP, not a problem, we also offer regular PvE and mining opportunities to help fund our shameless PvP habits and fatten our wallets.

At the end of the day heres what we can offer:
*USTZ

So if you think Singular Paradox may be a fit for you join our chat channel Singular Public or contact vynok, Splendorfire or Rosk Volutar

I have a laid back US TZ corp in Null. We have an ice belt to sit back in and relax. However it is null and you need to watch local. I’m looking for people that want to play but know RL is more important. If you want to know more just look up my corps recruitment add and/or EvE mail me. I can respond to the mails anytime i’m awake 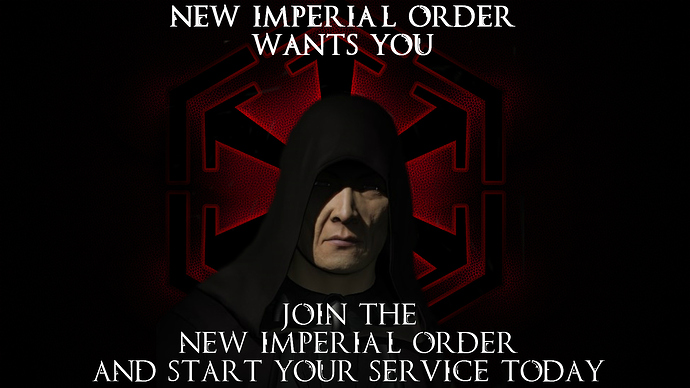 [Untitled] New Imperial Order Wants you https://zkillboard.com/corporation/98538076/ New Imperial Order is a Faction Warfare corporation fighting for the Amarr Militia and founding member of the New Order alliance. Based in the southern war zone,The New Order welcomes pilots of all skill levels. With a mix of new and veteran pilots we are a perfect corp for pilots new to PvP, alpha clone pilots, and experienced mature pilots keen to help train and develop others. With close ties to the rest …

Check us out, we do ops regularly but are a RL comes first group. PM me in game for details or EVE-mail me for more info.

Hey check us out I think we fit the bill

Odin’s Calls OFOC is now opening it’s door again, Out of Focus (OFOC) is looking for eager, active players. We’re a multinational corporation active in all timezones. We’re a friendly, established, competent active group that leads one of the oldest continually active wormhole Alliances in the game. We focus on small to medium size pvp and live in a C2 C5/NS. From which we enjoy consistent, varied forms of PvP content. What we offer: Varied and constant content in all areas (Small/Medium gan…