Thanks for clicking and taking your time to read this. I’m a 37mil pilot that has been away from EVE for awhile and would like to join up with a decent Pirate corp operating around Kor-Azor or nearby. Mature player just wanting a decent home and good people to hang with. Thanks for reading and hope to hear back from you. o7

PM me in-game as well 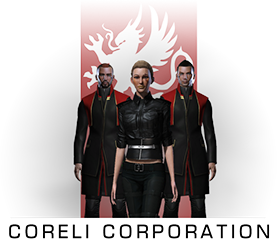 Not quite pirate, but plenty of people to kill and not too far from where you’re at. We’re primarily late eutz so our timezones are fairly similar. Come chat with us: MOTCC Public

If you’re looking for a lowsec pirate corp Filthy Peasants might just be the perfect place for you.

We’re a US TZ lowsec pirate pvp corp that lives in the Solitude region. While we’re not particularly close to Kor-Azor I think you’ll find a similar environment here in Solitude to what you’d find in that region. We actually just finished a minor war with some locals from Kor-Azor that tried to move into Solitude and they failed spectacularly.

We at Filthy Peasants are a established corp that has lived in Solitude for several years now. We have a great active FC team that works hard to provide us good content and we love to specialize in blops and capital hunting. When there are no good hunting targets around we regularly roam through Syndicate/Genesis/Aridia and other regions when Wormhole connections are available. Otherwise if the area is slow we tend to setup a gatecamp in a pipe system and wait for something to happen.

PvE content is also quite lucrative in Solitude with a high amount of exploration content and our corp owns several high value moons we allow our members to mine at their leisure. Check out our killboard and recruitment post below.

If you’re interested feel free to convo me in game or join our public channel Open Filth for a chat.

Think you stopped by earlier…hop in our public discord and we can get you moving in. We’re active and it is an opportunity to enter one of the most well known alliances in EVE.