Hi. I’ve just returned to Eve after almost two years away. I am a casual player in my 40s and I make my ISK exploring in null sec. I would also like to try some pvp but I do not have much experience with it. EU time zone. Any corps out there for me? Thanks.

In case you change your mind about nullsec, and wanna check out lowsec, DnG is recruiting. Ad is below

Dirt ‘n’ Glitter is a PvP oriented corporation serving in the Caldari militia in faction warfare. We offer content and fleets to eager PvPers at any SP range.

What we’re looking for

Hi - EU TZ corp, Null sec, nice mix of ISK making and PvP oppertunities and fleets - check us out ? Link to our forum post below; Still recruiting. Rorqual now out the oven and going well, Thanatos in the oven ready to pew pew with some reds ! Come have the next one and join us doing it ? =)

Also we have a discord right here you can talk to us in: https://discord.gg/auTztw6

Sounds like you would fit in great with us at LEUB.

I will contact you later in game, but if you are interested you can read a little more about what we do here:

Legends Unbound is a PvP and Industry corporation based in null sec. We accept Industrialists and more combat specialized pilots alike. It helps to have some basic knowledge on how null sec life works, but if you don’t, no biggie. What can we offer...

Hi Kella,
If you’re looking to fly with a great bunch of pvp’ers, I think you would fit in great at Agony Unleashed! - We are recruiting in EU TZ - Check us out! Agony Unleashed Is Recruiting! EU and US decentralized PvP
Take care,
Rgds,
K

I think we may be a sutable corp for you, mature players RL always first and a good amount of PVP oppertunities

Unity of Suns YOU want Null?... Null Wants YOU! - How Big Can You Dream? Recruitment Center

[image] Quote: Warped is getting well deserved attention. Fanfest displayed the Alliance Logos of the most active alliances represented and W4RP came up on the screen. … Thomas Lot Unity Of Suns is a member of the Warped Intentions alliance which operates within Catch and lower Domain (null sec). We are primarily an industrial / PVP corporation for capsuleers who want a more variable, immersive and realistic future space sim that is the EVE experience! We can provide other career styles thr…

Howdy! If you are interested, lets chat and see if we are the right for each other! Welcome back to EVE!!

WE ARE RECRUITING READ HERE! Corporation (Vow Of Vengeance) Vow of Vengeance, A Vow of a digital family: to honor, guide, grow, respect and protect each other, always. Looking for: Group PvP Missions/Gangs/Warfare , Exploration, , Trade, Mining,... 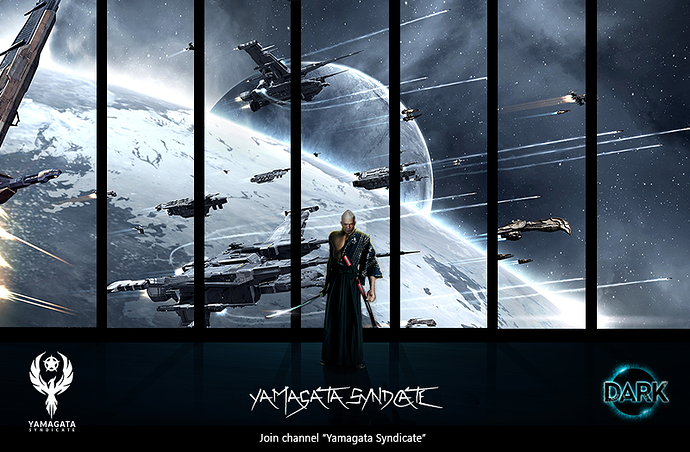 Yamagata Syndicate want to expand our player base and gather a solid core of pilots to help bolster our place in Eve. We are a member of Darkness alliance based in Deklein.

YS is looking for people who will fit in to our corporation and form new friendships. We have a fairly relaxed and mature player base. We expect members to show respect to their fellow corporation and allied pilots, and have a general good attitude towards the eve community as a whole.

You should check us out… this is our usual recruitment post but join our channel!

We are called Whiney Emo Drama Babies [WAAAA]. We’re part of the Badfellas alliance and currently live in Malpais. We’re a small but tight-knit Corp that believes in RL is paramount and takes priority over the game. Most of our Corp members are in their 30s with families. Many are prior or current military. We pride ourselves on self-sufficiency and are into all the aspects of the game from PVP to ratting, to Indy, to whatever floats your boat.

Just to be clear, we are primarily a PVE/Indy corp. Plenty of PVP is available through HomeDef fleets, Roams, and helping out allies. When HD fleets, and Major Ops are called, we expect our members to fleet up to help protect our allies and defend our home though. That being said, if you are PVP inclined we do have a separate PVP Focused Corp for characters with that inclination, and you can be in both corps between your characters.

We are happy to have members of all skill levels. We have 150m sp supercap /titan pilots all the way down to 3mil newbies (they’ve grown up a bit since then, but you get the idea.) People in the Corp like to help each other out. It’s probably the most tight knit “family” kind of atmosphere I’ve ever been in.

The corp is split between US and EU TZ, but we have people on at all times. The alliance we’re in has a strong EUTZ presence and many of the operations that take place are in that window

Currently, there are about 15 real people and we’re looking to grow by another 10.

We have a bunch of JFs so getting your stuff out isnt a problem.
We have multiple Rorquals if mining is your thing… amazing boosts from it and we also have corp mining barges/exhumers for you to use (no need to bring your own out)
Robust BPC/BPO archive. We can make just about any ship or module on the market (to include T2s, cap ships, and even Citadels)
Solid reputation & leadership team. The corp has been around for years, but recently the leadership took a break and just returned. The leaders of the corp have run 100+ man corps and 1000+ man alliances.
Alliance has an SRP program for qualified losses
If this sounds interesting and you want to talk more, I can be found here or you can join our Recruit Channel " MENFI Recruits " and I’m sure someone will be on to chat with you.

Fly safe and I hope to hear from you!

PS - If you haven’t figured out the corp name and ticker are ironic, you probably won’t be a good fit.

Would love to chat with you on teamspeak. Mail me in game if you’re interested.

Welcome back to Eve mate! Ordo Drakonis is always looking for new brothers, bitter-vets and fairly new players, we have enough experience to cover all aspects of the game, though we are PVP focused we have 10 years to back up our knowledge in industry and exploration aswell. Please check our recruitment ad and do drop by for a quick chat in our public channel “Ordo United”.

Have a lovely day!