Still recruiting. Bit of a crazy week in Black Rise - there’s been a blob around every corner…

Had a crazy night of PVP last night. Drove off two Caldari fleets and scored around 55 kills in a couple of hours.

Not bad for a corp that’s now a month old! Still recruiting.

Had a nice engagement with another fleet last night in low-sec (BR above, blue vs red - not sure what the green guys were doing), dabbled a little in Syndicate, and going for more tonight!

Last night included an unplanned heist of a Tatara and a Raitaru and so many kills I couldn’t fit them all in one screenshot. What are you waiting for? 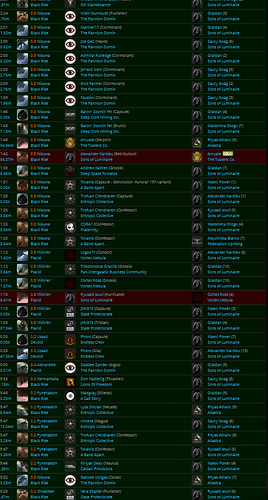 Had a great weekend of PVP again. Plenty of green on Saturday…

… some dunks, a couple of fun engagements versus enemy fleets…

and some salt on Sunday. 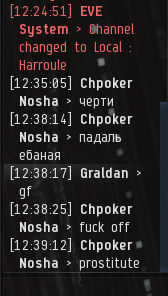