I’m back after a couple of years, trying to figure out if there are any alternatives to the old EVEMon, since it appears to have stopped being worked on. I tried to use eve-skillplan.net, but it seems incredibly clunky and doesn’t seem to have near the functionality that EVEMon used to have.

Does EVEMon still work, or is there a better alternative? 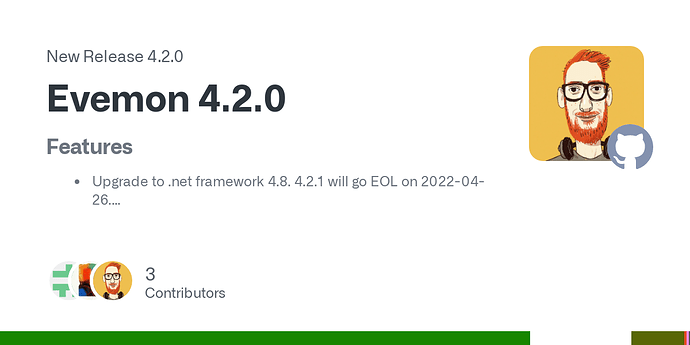 There is a fork version of the original new evemon that works with current eve tech requirements.

Not sure what you’re referring to. It’s not about CPU usage, it’s about getting it to work on multiple platforms and .Net Framework isn’t the way nor is WinForms or MAUI, nor is http.sys. It’s also about architecting it to be doable with managable chunks of effort and long term future. gRPC is the recommended way (even by Microsoft) for remoting after they killed off their WCF and Remoting, see here Why we recommend gRPC for WCF developers - gRPC for WCF developers | Microsoft Docs and here…

With regards to alternatives: No, there are not. Not even CCP cares about that kind of stuff because their official app stopped working or is in really bad shape.