Returning after a couple year hiatus so I’m a bit rusty, but I have experience with:

I have the ability to fly the following roles at level IV or V:

I have the following skill trees maxed at V (except capital where applicable):

As well as most of the gunnery for small/medium ships at V and some of large at V.

I’m looking for a small to medium sized corporation to grow with. I’d like to feel like an integral part of whichever corp I join. I’ve done low sec, null sec and WH content, but to be honest I’m not 100% sure which one I gravitate toward the most. I haven’t lived as an outlaw before and it seems a bit limiting, so I’m a bit wary of any situation where my security status would need to drop below -2.

Most of my PvP experience is in Low Sec, small gang roams and solo frigate fights. I also participate at Bombers Bar as a bomber a couple days a week. I am skilled up to BLOPS and to hunt with a tengu but I haven’t filled those roles yet.

Of the activities I’ve done, the small roam pvp and WH whaling have probably been the most rewarding. I haven’t done DED or other null/WH PvE content, so that’s something that might be fun to try as well.

I have a mic, very familiar with both Disc and TS. I’m an adult with a wife, a job, a dog and in the not too distant future will be trying for the first child. That is to say, it will be very hard for me to no-life as I may have in the past. However, I’d like to commit to having at least an hour or two every day, longer if there’s an important corp event happening.

Should also specify my timezone is CST.

UPDATE: I think I’ve found a home for now. Thanks y’all for the interest, and I will take a look back at the responses here if it doesn’t work out!

Hello! We are what you are looking for. Small Null sec groups are a thing of the past, but W space is still wide open. We are a small but growing and tightknit WH group of 2 corporations. Mine is the Dog Soldier Collective. We are new, but formed from veterans of the recent Deklien Wars. We have a lot of WH experience, offer good community, a chill group and regular PVP.

We are not worried about you “no lifing”. I am the CEO and have quite the busy life myself. Most of our guys are professionals irl and understand. But we are active and ready. We fly with BB, have assisted in Large combat operations in WH and Null space, prefer blops and cloakies, and rank skill and quality over numbers and mass. You WILL be vital here. Officer rolls are available should you prove yourself capable, as I am sure you will.

We are very new so plenty of room to grow. Hope to hear from you. You can message me directly, reply here, or join Dog Soldier Public ingame.

Wow man you have the same interests as I do lol. I think you would fit solidity into my corp JREX. I also fly with bombers bar a lot and I don’t think we have crossed paths yet, but I love blops. It’s my favoriate thing to do it in Eve. We currently having ratting space in the null-sec that you can use at your own accord. We are also the same timezone, which is CSTZ. Which means… You would be a great fit over at JREX! We are a small gang to medium fleet PvP corporation, which has doctrines all over the place. We want people who want to PEW. High SP pvper’s that want to log in and kill. We also have access to level 5 gallente security missions if you need fast good isk making.

We also have some indy to fuel our ship blowing up needs. Our Corp has lots of content right out of our door. We are active from 1700-0630 eve time with players ranging from EUSTZ to USTZ. I hope you would join us and based on your interests, you would fit right at home. Fleets and content is what we want to focus on. We will provide you with content and gf’s on all hours of the day. That’s what JREX is about surrounded by a community environment which also plays other games outside of eve together. You won’t be a number with us but a chill dude.

We have lots of good fights and great content happening everyday to from blops to roams to Gate camps to dread fights.

I have attached our recruitment thread below which has our discord so you reach us. We also have a public channel called “JREX REC” for all recruitment.

Hi Bryan, Check out our recruitment post. We offer small gang PVP and are based in null sec.

Plenty of small gang roaming content, and plethora of dank wormhole brawls. Check us out.

I think I’ve found a home for now. Thanks y’all for the interest, and I will take a look back at the responses here if it doesn’t work out!

Well if u come back mabe the PVP witrh a little “twist” might be enjoyable for yah ;o)

https://malacdk.wixsite.com/nepf [NEPF - Promo Video] We are both a Vet & Newbro-friendly corp, whose main goal is to fight crime in the universe of EVE, as a 100% Anti-Pirate/Anti-Ganking corporation, simply covering the opposite side of the “bad guys” in the game. An immersive environment with HUGE social impact, interacting with hundreds of other pilots in the galaxy, cooperating with an awesome group of people providing a unique identity within the game. Here is some of what …

Check out the Respect Honor Passion community on Discord - hang out with 620 other members and enjoy free voice and text chat. 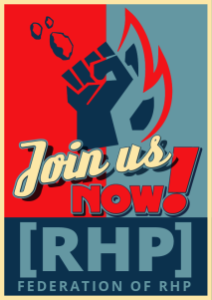 Bryan Haze [F-OFF] is the place for you!!! Based on your description you enjoy PVP which is our main gameplay. There are a lot us people in F-OFF with families and we respect EVE-LIFE balance. Hit us up in game at F-OFF NOW or we can have a one on one voice chat on discord. Hit me up in game Relsey member of Federation of Freedom Fighters.

Take care and looking forward to chatting with you.

If you are still in the market I am recruiting for my new enterprise: MASS Salvage

You IRL sounds like it would be very compatible with me and my small number of members. All grown adults with relationships, kids, jobs, etc.

"We want to salvage your wreck", PvP focused yet varieties of activities Recruitment Center

"We’ll salvage your wrecks, but we want to salvage your wreck." Are you ready to take EVE to the next level? Do you like to do a variety of activities such as PvP (gang & fleet), industry, market, & resource collection? If you answered ‘Yes’ to PvP, but still enjoy the other activities then MASS Salvage may be for you. MASS Salvage is a new startup corporation and is looking for players that want to do a variety of activities. We aim to mine a few days a week, rat a few days, and roam and f…

Hello Capsuleer Welcome to the Quarantine Fleet recruitment page! We are are corporation of “Bitter Vets” and scoundrels looking for like minded individuals who just want to log in play the game and log off! We recently returned an created our start up dragging old friends and enemies alike to PVP and create content for all those involved! We are INCREDIBLY interested in returning players like ourselves. We are a corporation of experienced directors and fleet commanders who strive to take th…

Hey there!
We may be able to provide what you’re looking for!
Here is our thread, reach out to us in game or over discord, we’d love to speak with you!