Just returning from a long long break looking to come back into the game and hopefully find a new lowsec home near Sinq Liason. Would like to find a low sec pvp corp where i can also break off on occasions to either rat or do some mission runs. My character has slightly over 74 mill SP and can fly T2 logies and a tengu. I can also fly the caldari and minmatar Marauder. That being said i have trained mostly into caldari and amarr ships.

i’ll mail you in game.

Hey Monica, Check us out and if you’re interested join our public.

We are Knights of the Posing Meat [FETID] Our Corporation, born in the mid’s of 2011, comes with a longstanding history of Low-sec Piracy & Capital Warfare, Over the years of playing EvE Online there is not much we haven’t done in New Eden as a corp we have experienced pretty much everything CCP has had to offer, from living in wormholes to owning sov as a corp we tend to shin best in low-sec pvp, We’re currently apart of the well known alliance called “Snuffed Out” If you’re one of those peop…

We’re not in Sinq Liason, but we can offer you access to a nice mission agent. If you’re EUTZ, check us out and let’s have a chat.

o7 o7 Fed up with large blobs, blue donuts/balls, and New Eden politics? Don’t wanna spend an hour forming for a mandatory CTA that turns out to be another structure timer? Looking for dank frags instead of dank ticks? Mea Culpa. is a small EUTZ lowsec corp formed by a few buddies who enjoy killmails and relaxed comms. We’re small gangers with absolutely no intentions of growing into a big blob or building an empire. We have a couple friends but almost zero blues and we’ll keep it that way. G… 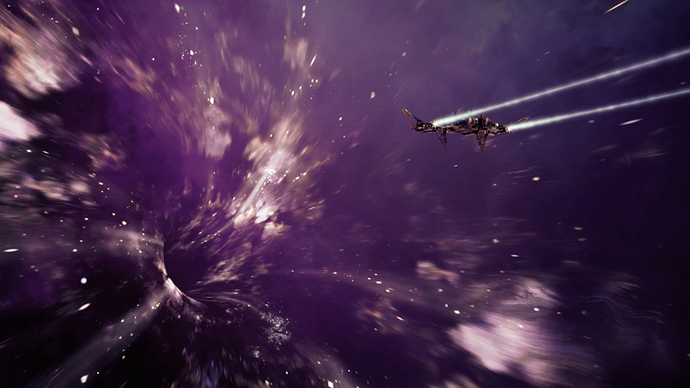 Why Wormholes? Learn why you should come to wormhole space, whether you're an individual pilot or corporation looking for a change in pace.

sounds interesting! I am from the PST timezone from the America’s I cant fly dreads yet but i can fly a T3 tengu. I do prefer bombers, cruisers, and battleships. I have trained mainly amarr and caldari but i can also fly just about all the T2 logi ships and have done a lot of basilisk repping when i was doing incursions.

Biohazard. [-BIO-] is a NPC Nullsec, no-drama, corporation that opposes the centralized governments of all major coalitions. We believe EVE is best played in small gangs of pilots teaching each other, and in an environment that works for not only veterans, but also for newbros alike.

Our corp and alliance lives in Venal which connects to over 9 nullsec regions to hunt in or explore. They’re many expensive bears to kill and therefore a good location for blackops, smallgang and solo pvp. The region itself is known for it’s riches and you’ll quickly be taught how to ultilize our monopoly on Guristas LP , Abyssal co-op or thrive in our local industry.

why find a low sec corp when you can join a null sec sov corp with safe space to make isk 24/7 and can do pvp whenever you can… come visit our recruitment channel " 7-11 Recruitement " will discuss what our corp can offer to you in terms of isk making and content.

Ha! Bring them with you!

Ah, you should definitely check these guys out:

A home for all low-sec pirate filth and Gallente faction warfare pilots in the EUTZ: the ★★ Sons of Luminaire ★★

[1] The Sons of Luminaire are a European timezone

, low-sec, and small-gang PVP corporation engaged in privateering, piracy, buccaneering, freebooting, raiding, robbing, pillaging and as much murder, thievery and destruction as possible in Black Rise and surrounding regions. We are proud members of the Gallente Federation militia in faction warfare. Our founding members are a group of players who grew tired of the null blocs and their obsession with FATs, PAPs, CTAs, mining, ratting, …