A old scool pvp vet here is wondering what the current state op solo black op dropping is. Is it any good? Fun, and douable to pull off? And which new game mechanics are introduced that have a profound effect on drops in the last 7 years?

I would like to know this as i have a redeemer i have yet to use and also any decent fits people have for dropping on and killing things would be appreciated too.

Dropping on ishtars, gilas, etc. is still fairly easy, and the buffs to all the hulls are nice quality of life changes. For the more challenging and rewarding prey, things have changed a bit:

Redeemers and panthers are great in groups or for smaller targets, but they struggle against marauders too much to make them more desireable for solo.

This post gives me hope for my ancient unused Widow. I always thought that if I was going to jump a bunch of bombers in I’d want to ECM nerf the things threatening them.

Does it ever work that way?

Yeah if you’re dropping with friends, the ECM on the widow is very useful. It’s why I fly it so often.

Just not really relevant solo after ECM allowed locking on the jamming ships.

Thank you very much for the reply. Very helpful.
Nice kills, hereby a salute for the nice kills you have.

Is smartbombing (7 pcs) still a thing to catch the small stuff on the gates? Besides the solo Sin dropping, as a diversification, i used a Phanter with a full rack of cormacks years ago. Set’s of 4 for the ship & 3 for the insta pod

Damn, I only have a Panther and Deemer xD

Da fook was a 20 day post being near the top Silly forum.

Blops can jump to industrial cynos, not sure if this is intended, but something you should be aware of.

Makes for nice bait, if someone sees an industrial cyno Nereus, decides to go kill it and you can drop your blops on it to kill them. Just be aware that unlike covops cynos the other cynos are warpable beacons from anywhere in system, which makes them a bit more dangerous to fight on.

Damn, I only have a Panther and Deemer xD

Yeah, if you’re doing this solo I do really recommend using an active shield sin or widow. I missed out on an orca+gila kill recently because I only had a armor buffer panther to hand that couldn’t handle the incoming DPS

Also had a very, very close shave recently doing something silly at 0 on a structure in lowsec 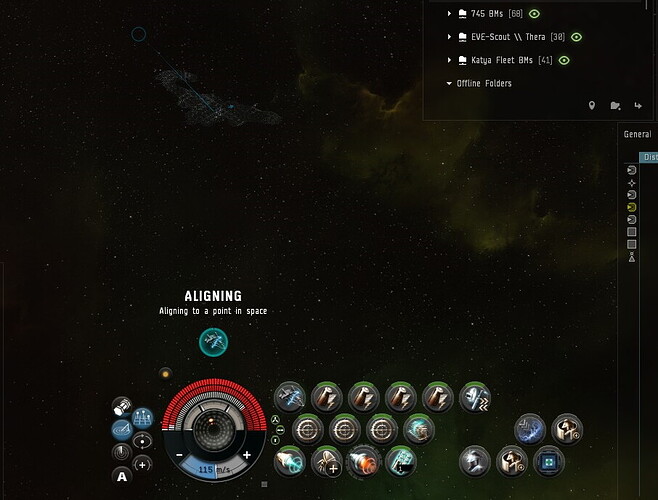