Ahh, sorry to hear the Women’s Gunner Jacket (Amarr) was sold out. Also some of those items on your list haven’t been released yet.

I’m also collecting Apparel Items for both Male and Female, been doing it for quite a while now and am getting very close to having all previously released items. I use a 3rd party Market site to check the Market every day as well as log in to check Public Contracts and the in-game Market (some Apparel Items won’t be listed in 3rd party sites).

Anyway, I didn’t think about posting a WTB thread like you did, seems like a good idea. As for the Market, just gotta keep checking and eventually some of those items will become available.

Yep. I know perhaps half or more of items listed are not released yet though, It’s almost impossible to judge if they are simply super rare or unpublished since there are not much available resources regarding apparels on official news.

I used to have checked / put orders on the market though, stopped it due to market changes ( especially the margin trading repealing affected much ) and my laziness.
Yeah the forum topic actually helped my collection a lot, which would let me dive into those of communities. Some of those dealers let me know apparel information frequently.
And I needn’t deposit tons of ISK to the escrow for those of countless orders no idea when they’d reach.

BTW do you know where this ‘Proven Kybernaut’ Combat Suit came from by any chance?
I’ve purchased single Men’s ‘Proven Kybernaut’ Combat Suit a month ago for 2 Bill. Since that time apparently the item have never appeared on the market again.
The item description doesn’t explain its origins too. I searched on the internet but no resources available. 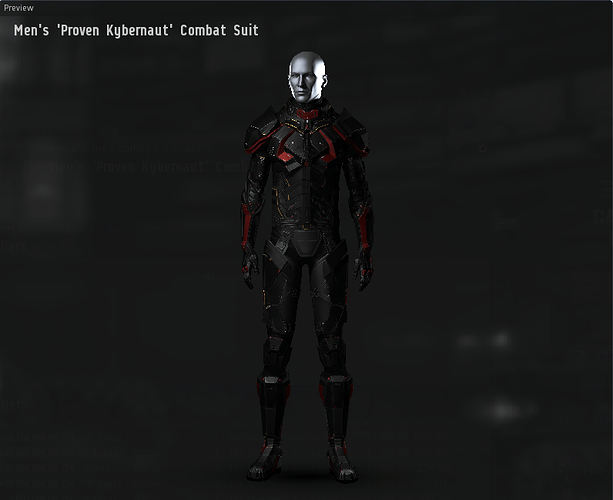 Yep. I know perhaps half or more of items listed are not released yet though, It’s almost impossible to judge if they are simply super rare or unpublished since there are not much available resources regarding apparels on official news.

Like I said earlier, just have to keep checking 3rd party Market sites as well as check in-game Market and Contracts. Some items, like the Women’s Amarr and Minmatar Gunner Jackets, will have a very limited amount show up every once in a while, they usually sell very quick despite their expensive price.

Are you sure? I don’t think that combat suit has been released yet, I believe it’s a prize for the Leaderboard winners of the Proving Grounds event. I’m definitely looking to add that to my collection as well.

The only suit I know that’s available from the Proving Grounds is the Men’s Triglavian Survival Suit (Proving Grounds), which is what I’m currently wearing in this portrait. 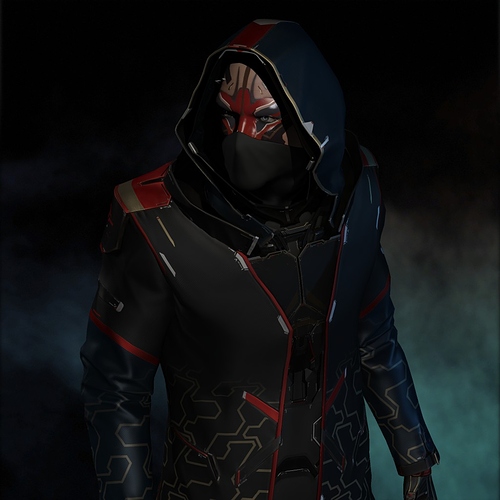 Oops. It’s true I might have to check Contracts too. Hadn’t done that so far as I’m too lazy.
Either I should reminds most people are enough lazy not to check official forums to sell stuff

I checked proven grounds prizes devlog but eventually didn’t get where it’s from.

I have both of women’s and men’s survival suits. It looks pretty good and only thing I don’t like is the character gets bald if they wear it

It’s ridiculous pricing this for now though somewhat it’s going to be available sooner or later.

Here is a daily Bump !

Just a friendly reminder that a couple items from your list are still currently available in Jita:

The proven kybernaut suits are a drop from the proving grounds arenas, same as the survival suit. I got a men’s one during the cruiser 2v2. They’re just super super rare it seems like.

Still Looking for some