Corporations & Alliances Recruitment Center
Angron_of_Kathalon (Angron of Kathalon) May 3, 2020, 7:46am #2

Hey man, if you want to try wormhole space Khorne is a brand new C6-C5 wormhole pvp corp. If interested you can read more about us here:

Biohazard. [-BIO-] is a low sec, no-drama, corporation. We believe EVE is best played in small gangs of pilots teaching each other, and in an environment that works for not only veterans, but also for newbros alike.

We operate in amarr/minmatar low sec where we support the Minmatar Militia.

Meet us on discord: http://discord.gg/XaRrXz6

[EU/USTZ] Are you UNQUALIFIED? Recruitment Center

We are Unqualified Chaos [UNQOS] , a corp of tight-knit decently experienced and active people, based on the principle of “Fly Chaotic.” Why chaotic you ask? Well, easy answer is: “You will figure it out pretty quickly if you join”. Our group focuses on PvP in whatever form currently available, inluding but not restricted to, gatecamping, small gang roams in LS and NS, blops, medium size fighting and capital warfare. Besides great content, our main goal as a corp is to build a community. Yes…

You sure seem to have been around the block a few times! As someone who only started 2 years ago, this gives me hope for myself and getting better. I could learn a lot from someone like you in terms of small-gang warfare and rekindle a joy for skill-based combat. It’s sadly become a bit lost amongst all the blob warfare. I think you could teach us a bit, and I think we can return the favor. I hope you’ll give this a quick read!

I am here to represent our active nullsec PvP corp, Federation of Freedom Fighters (F-OFF). Hey if anything, our ticker is top tier! We’re an old, old group back from 2004 when Major Riven and Greenspan founded us, there’s a lot of history and we’ve even played a role in the BoB wars, hell we even have some of the old players from that era come back to us lately, including one of our Directors!

I think you would enjoy our close-knit community. Certainly we have a few hundred pilots between everyone! However, you’ll find many pilots easily recognizable and friendly on Teamspeak. Our corp is home in eastern Immensea inside of Vindictive alliance in Legacy Coalition, which we are one of the founding members of. We are growing larger, but it is easy to become a recognized communal member, should you choose to!

Our Zkill page is as follows, just ignore the losses due to DDoS, ha! And the odd rattlesnake whelps by me!

Asides from that we offer:
-Active community on Teamspeak/Discord
-Small roams to large bloc warfare with small-medium capital brawls
-Serious fleets, with shenanigans interspersed before and after (sometimes even during!)
-SRP in fleets
-The best gosh-darned ticker in all of New Eden!
-Interspersed comedy and jovial banter to always be had

We really do try to make this not only just a corp, but a good community. Corny I know, but through all of it, the corp is made up of spectacular individuals.

I’d like to speak with you some more, you can find us in-game through our channel, “F-OFF NOW”, on discord https://discord.gg/Sppsrqm or just message me on discord/ingame @ TempestofChaos#1696

o7 Nicklaus
I will leave you this corporation thread here: Razor Suicide Squad. WAIVE
We have daily PvP of course as well and can also get you back up to speed regarding game changes etc.
Fly safe

[we-need-you-e1401782453666] Titan A.i is your ticket to the friendly. knowledge, and resources to start you on your path to becoming one of the best Pvp players in New Eden and a master of its battlefield We are currently recruiting and actively searching for people willing to do PvP for our corp. Based out of the low/high sec system we have good alliances friendship with others in and around where we are base we are looking for PvP and indy pilot’s in both fields if you looking for pvp act…

FULL BROADSIDE Killboard Discord 3TEARS Seal of Approval In-game channel: ‘Full Broadside Public’ Full Broadside is a small-gang PVP corp living in the content-rich Vale of the Silent region. Originally a C2 NSS wormhole group, we now base in null in an area full of people to fight. We are primarily US TZ, but have a growing EU segment with plenty of small and medium-sized engagements in that timezone. As part of the larger Deepwater Hooligans alliance, we also offer access to manufacturin…

Would love to see you out.

Im CEO of The Dark Vanguard, and EUTZ focussed agressive PVP corp and proud member of Triumvirate. As an alliance we look for strategic objectives to try and generate a good fight with use of your cap alts, as a corp we love small gang roaming and generally working as a tight knit group.

Discord: https://discord.gg/cj5eKjE Drop by for a chat

You there, Eve Online player, are you looking to fill that empty, cold void in your heart? Do you feel like you could become something more in this game? Do you hear the endless riches of space calling out to you in the night, just out of your reach? If you answered yes to any of these questions, congratulations, you’re exactly what we’re waiting for. We’re waiting with open arms in Feythabolis, where we have officially made it our business to actively mess up everything we see flying that isn’…

Stop by and have a chat.

Infamy Inc is a small Euro Corp part of FEDUP Sov Holding alliance, which is part of Legacy, I think you would fit in with us and our playstyle

We are looking for:

In turn we will expect you to participate in Home Defence and CTA whilst online, in return we offer:

Looking forward to hearing from you!

Freyja Syndicate is a well established corp within the INIT. Family living in Fountain. We strive for excellence, pushing ourselves to be INIT’s finest in all fields, whilst still maintaining a “do what you want” atmosphere. Fun is our primary objective, and we pride ourselves on being able to deliver it.
Whether you want to be an ace PVPer or a tycoon of industry, FREAS has the ability to make it happen.

What we expect from prospective members:

If we sound like a solid fit, please don’t hesitate to get in touch! We can be reached via the following:

Check out the Freyja Syndicate community on Discord - hang out with 43 other members and enjoy free voice and text chat. 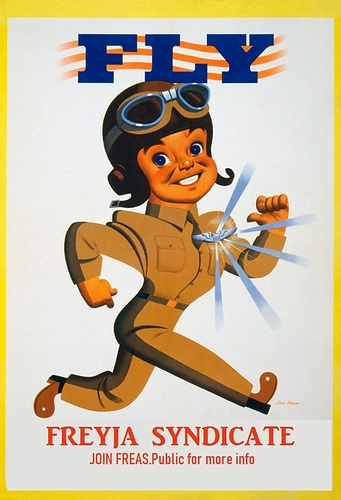 Wormholes might be what you’re after- tons of subcap brawls, nanogang, and more content than anywhere else in the game.

Replying to my post just super stoked about the responses Great!

Hey man, we sound right up your ally.

BOVRIL bOREers Mining CO-OP is one of New Eden’s most storied industrial corporations. We are an active group of veteran’s who focus on PVP with a strong industry backbone. We are proud members of Goonswarm Federation, which is based in the Delve region of nullsec. We are 50/40/10 US/EU/AU, and our alliance provides content in all time zones. In our 6+ years of history, we’ve endured all the ups and downs Eve Online has to offer. W…

Let me know if you have any questions!

Hey There, we have are a recently returning corp, we have some members who are still up-to-date with the knowledge. We are an EU/US TZ Corp, feel free to reach out and we would be happy to have a chat

WASME - Likely Suspects is a 0.0 Corporation.
We are currently looking to expand our EU/USTZ players.
We are happily situaated in *RAZOR Alliance so there is no shortage of things to go shoot.

WASAME Has been a PvP corp since day one. We are for the fun fights, not the killboard padding, we don’t care if you die as long as you had fun doing it.

Check out the Likely Suspects community on Discord - hang out with 39 other members and enjoy free voice and text chat.

Well you seem popular on here! If you’ve not already made your decision yet perhaps you might consider EAK? We’re the founding corp of a small pirate alliance (two other corps) that live in a C2 WH with null static. We have two main fleets a week, on a Sunday and Tuesday EU tz evening. The rest of the time is adhoc content etc.

Very chilled out group, lots of fun and banter on TS. We make funny vids too - https://www.youtube.com/watch?v=pH4fRDnq76E

Give me a shout if you want to know more.

WCS is a South African PVP Corp in Null sec with TONS of ISK making opportunities.
We have members from all over from the uk to alaska.

So, if even one of these interest you, then hop on WCS-Pub, and make some noise.