Oldhead player here. Started in 04, played till 09 quit for two years played until 3-4 years ago and quit to return again several months ago. Now able to devote protracted periods of time to the game as ive always wanted im looking for a place to put that to use.

Can fly all minmatar subcaps , all amarr/gall/caldari subcaps other than t2 BS. Perfect gunnery in all guns i can use, i prefer to fly t3ds (svipul and jackdaw in particular) or precursor ships (specifically kikimora and drakevac) though i can fly Leshak w/perfect skills, just havent had opportunity where it wasnt suicide yet.

Willing to train the nav skills for a naglfar if that would be useful to corp/alliance, but not big on caps. I can fly Panther for Blops and am gunning for the opportunity to do so in smaller concise fleets.

My Experience:
-Did Amarr FW back in 10’-12’ during the US late tz and did a lot of nice med gang BC roams throughout as a result, in addition to Blops on PL and enemy FW regularly with predator elite and eran mintor.
-Part of Etherial Dawn during the Dronelands war of 09.
-Did the Whole Sov blob nonsense with the Ruskies in the Southeast fighting against NC and Morsis Mihi and friends, was part of the Red Arrow coalition at the time.
-Lots of npc 0.0 pirate small-med gang (mostly canes, cynabals , machs and lokis)
-Extensive WH experience, former exec of a 350 man c4 wh alliance (during pos wh living, before citadels) I prefer WH pvp , local makes things too predictable.

Anyways what im looking for is small-med gang pvp. Blops are my fav fleets, especially bomber focused ones for hit and run fights in 0.0, vs not a fan of tons of Blops BS in a Blops fleet. Call me traditional if you will . Other than that i like flying a cloaky loki for catching targets to BLOPs on, or for general roams i prefer cane / SFI / cynabal etc… fast AC fit stuff. For Plexing i tend to use AFs or faction frigs

I work from home ( sound engineer) so i can be on for fleets at any time and have mic/headset etc… TZ wise i prefer the US afternoons - late night until downtime. Doctrine wise i can probably fly any subcap fit you have and am willing to train to fly anything useful.

Feel free to reply here or hit me up in game with a mail , the mails work better as i get them on my phone but this works as well.

Thanks for your time,
Nick
aka Menes

Keep in mind, you said C4 preferred but C4’s only have j-space statics.

Sounds like you’d be a solid fit for us, was a little worried about your PvP experience but then I saw your main character at the bottom

We’re a small gang wormhole group focused on pewpew and getting fun fights.

US afternoons would put you in EUTZ primetime, where you’d be able to participate and learn with our strong microgang & solo pilots.

Bonus video: freshly posted Solo PvP from our very own Asilthar today. They’re off in a small gang wrecking Geminate in faction cruisers as I write this 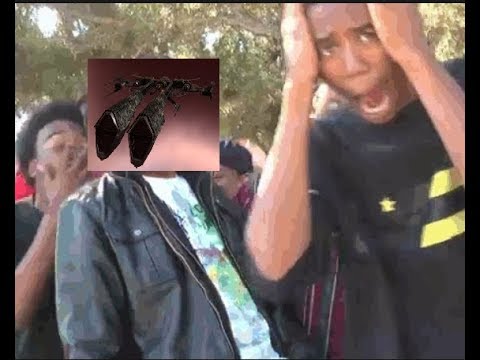 GOTHT is once again opening recruitment after we have moved to our new home in Querious We are a fairly large but a tight-knit group that values quality in our pilots instead of quantity. Join us down in Null Sec and in our Mumble for never-ending content. We welcome all types of

pilots and offer a circus of activities in and out of our many systems for all your Eve entertainment. Some of the things we have to offer are PvP, PvE, Moon, Regular and mining ops, industry, shipping, and many more activities to come. We have many Fleet commanders, veterans, returning, and new players all willing to help, mentor joke around, and most importantly have fun. We have stories, knowledge about the game, and most importantly memes. Will your roar echo in the Book of Spod?

We understand that Eve is just a game and real life comes first but while online you can be anywhere from casual to a try hardcore player and fit right in on ourMumble. We also have a discord that you can keep up to date with events and happenings. We are looking for new blood whether it is a veteran lion or New Eden cubs with at least 10 mill skill points.

Any Questions or PM/Email

in game Or Join Chatroom

Would you mind please getting in touch with us via our discord so we can have a chat? If you would like some preliminary details on us, you can find it on our recruitment thread. Now yes, granted we’re part of the “monster coalitions” but sov warfare has moved on from what you remember and big blobby stuff is rare. Most of the time it’s roams into enemy territory or skimrishes over some inconsequential timer.

That’s a very storied history! When you have a chance, come hop into fweddit discord https://discord.gg/0kCRVItfTl2qAwf1 to chat with me, niv. Fweddit is a USTZ LS/NS small alliance, so I think we’ll fit the bill for what you’re looking for.

We do lots of roams with blops and cap drops inbetween, which sounds like what you’re looking for.

Anyways, come into our discord, I’d love to talk with you

Hey hey, sounds like E-Fed could be what you are looking for in 0.0. we are pretty small but highly active Corp/Alliance in Scalding Pass.

The Eastern Federation is a tight knit group of people focusing on the Fun things in Eve. We wanted to carve out our own part of Space without “The Blob”. Usually we do small to medium sized Fleets and roams around our home region of Scalding Pass. We have our own SOV (Not rented !! ) for everyone to make them iskies with mining or ratting. Our little family is formed of Veterans and new players alike and we can teach you everything you can or need to know in and around New Eden. ​ ———————————…

Could be interesting for you? Not part of one of the monster blobs, small enough not to get tangled up in all the big tidi ■■■■ but big enough to get some real quality pew.

Maybe you should look at Evian Industries, We are looking for new Capsuleers of nearly all experience levels.

Newbro and BitterVet friendly, We don’t require much; but an SEAT is needed. A background check will be performed. We want people who want to work as part of a team, to forge something bigger together!

We operate in Nullsec. We are mainly an Industrial corp, doing ratting, mining, PI, building and a little PvP.

We try to have different fleets up whenever we can. Our members range from longtime players to new players.

We have a mature and friendly community with a relaxed atmosphere. All time zones are welcome and we are the sort that understand that RLl comes first. We have members in both US, EU and Aussie TZ

We can offer comms, slack, Ship Replacement Program on alliance ops, PVE and small pvp fleets, a BluePrint Copy program and a Buyback Program for Ore and Salvage

We are looking to expand our pvp effort in corp and alliance, More pilots helping with teaching and flying in fights would be great. If you want to be part of this join our public channel “Evian Ind Recruitment” so we can start to get to know each other (mentioned you have been contacted, or contact “Dixie Diamond WhiteSamoyed” ingame)

Hey just checking to see if you had found a home. I represent a smaller Corp in a small/medium low sec alliance. We are very much PvP focused, but we do hold some SOV if that’s how you care to make isk. If you have any interest come poke me. 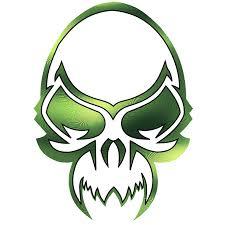 Check out the Alien Affliction community on Discord - hang out with 26 other members and enjoy free voice and text chat.

Look for Dirt’n’Glitter, it’s the most active EU/USTZ Amarr corp on the warzone.

hey there see if you just a normal lowsec corp check out this ad see what you think.

In game channel: To The Hilt A bit about us. We are an ex nullsec corp that has decided to move to lowsec for more casual pew pew. We are experienced in all aspects of eve. pvp is our main goal in eve. Our members enjoy both small gang and solo. We dont believe that eve is a job and you must login 24/7 real life really does come first. We ask our members to be self sufficient as much as possible. If you are indy there is room for you here but we will ask you to step into logi ships to earn …

Fed up with large blobs, blue donuts/balls, and New Eden politics? Don’t wanna spend an hour forming for a mandatory CTA that turns out to be another structure timer? Looking for dank frags instead of dank ticks?

Mea Culpa. is a fairly young EUTZ lowsec corp formed by a few buddies who enjoy killmails and relaxed comms. We’re small gangers at heart but also take part in larger drops with our new alliance buddies. As of today, we’re proud members of Shoot First which adds a nice little extra to our content portfolio and a couple benefits, too.

We’re based in Sinq Laison, super close to the southern warzone. That means content is literally at our doorstep and we harvest it every day. We fly everything from T1 frigates to T2 battleships, caps and often somewhat unusual fits. We don’t really care about ISK efficiency or other metrics of eliteness. So if you want to roam your 4b Marauder, that’s more than fine. If you can and want to fly blops that’s also very welcome.

What can we offer?

What should you bring?

If all that sounds interesting, come by our discord or join our public channel in game: Mea Culpa.

We recently started a Channel on Youtube, so you can check out dank image videos there.

SINISTER. is looking for more capsuleers to join their triglavian based corp. We can teach you how to make a living from the abyssal depths and ultilize triglavian vessels into combat or pve.

!! Preparing for triglavian invasions, triglavian mothership Xordahz and much more.

Join our Discord discord and apply today . Or read our post below for more details!

Sinister. - Venal Natives - EUTZ PvP. [SinisterWallpaper2 small] If you would like to get involved with any of the following join the Sinister. Discord Make Isk PvPing ESS Warfare Piracy Stealing Making Enemies Griefing Nullbears EUTZ