Despite the small tweaks and getting a role bonus the entire class is mostly overlooked as far as popularity goes among frigates but why?
I’ll add some of my opinions below and hope others do the same and who knows maybe someone at CCP gets an idea off them.
Give them bomb launching ability while keeping them at mostly similar stats as they stand in speed and ehp.
If the damage bombs seem to powerful have them deploy only race specific ewar bombs such as void for amarr lockbreaker for caldari some new bomb that would apply a drop in targeting range/scan res for gallente and one that would apply a short signature increase on target for minmatar.

Balance pass for AF & HAC is scheduled for this winter 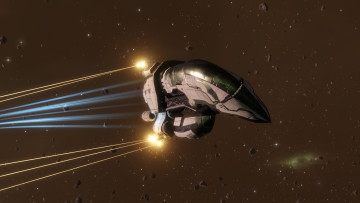 This winter will see a balance pass across Heavy Assault Cruisers and Assault Frigates to increase the viability of these ship classes and set them apart from their overlapping classes. This pass will...

There was some talk of a burst tank using a special DCU but it isn’t mentioned on the updates post.

but I want it now!

people these days have no patience.

We’ve been waiting for a balance pass for a couple of years now. It’s not so much patience as it is people neglecting to check out EVE news and updates before posting.