Here is a “scientific” paper to prove it apparently, it’s amazing that any eve gathering hasn’t turned into a massacre…

Thats not a paper, its a video

The person doing the video, is not really adding any true science to this discussion either.

First, the person does not link to the original paper in his video.

Second, he seems to misunderstand or misrepresent what the paper’s point is about. It’s not so much about “games are bad”, but more “games are biased towards toxic masculinity”.

The Double-Edged Sword of Online Gaming: An Analysis of Masculinity in Video Games and the Gaming Community

That being said, it’s not like the paper isn’t biased either, but it’s expected since it looks like the “Geena Davis Institute” is some organization with the mission to combat gender balance issues. I’d hardly expect them to publish a paper going “Narh dog, this overrepresentation of skimpy dressed bimbo’s in games is totally rad, dude. I see no problem here.”

EDIT: As @Wadiest_Yong says, this is not a paper doing science. It’s a paper that represents a specific view and tries to push an agenda. Just like when sugar companies used to sponsor “scientific” papers that stated sugar was not the culprit for the increase in obesity.

Anyways, these “pseudo” youtube scientists just need to stop getting all up in their jimmies about a single paper that represent a single point of view. If anything, this just fuels the trend of scientific dyslexia, creating more fragmented and closed minds with the inability to accept opposing views.

Coining this a “scientific paper”, what the YT author did, is doing it too much honor. It is nothing of the kind.

It has no authors’ names, hence no one is taking scientific responsibility. It does not contain detailed descriptions of any methodology to make the “study” verifiable. It has no reference (or control) group, etc etc etc. Most likely the people who concocted this “paper” have no idea how a scientific study is designed, executed, analysed and verified. They do seem to know what foregone conclusions are.

In simpler terms, as a “study” it is unscientific and would never pass any level of peer review.

This was an easy one to spot as being anything but scientific. It’s merely intended to serve someone’s purpose, not to study and report any verifiable reality. There have been others where “real” scientists were sponsored by “interested parties” to publish results that served particular purposes - conclusions which were later shown to be entirely wrong (think lead in gasoline, tobacco, etc), based on bad scientific experiments, if not down right fraudulent via data manipulation.

p.s. yes, I downloaded and scrutinized that paper (pdf format, available on the Geena Davis Institute on Gender in the Media “if she can see it, she can be it”).

p.s.2. Here’s an interesting, and amusing, detail of their “study”. They only included boys/men. No girls/women were questioned, not a single one. That alone is enough to classify this “paper” vertically, into the waste paper basket, or even better, fed into the shredder.

p.s.3. Props to the YT person who went to the trouble of actually verifying the references quoted in the “paper”, exposing at least one case of fraud (with serious consequences) in data handling.

Conclusion: No one is doing any science here.

The man speaking makes it pretty plain he’s not talking about science. His point, whether you agree or disagree with it, is that both sides of the political aisle are blaming video games for causing moral deterioration. It is a video on politics, not science.

More to the point, it’s a video about politics masquerading as science, with the (male portion of the) gaming community in the crosshairs.

I find these “scientific” rather fascinating, i don’t know which time in order “video games are bad” this is. When i was a kid it was D&D that was bad, and it made me wonder if some neanderthal had the same panic over some cave painting.
I guess the point is to have people panic over something else than their present situation or which political decision is about to screw them over…

the point is, entertainment that keeps us occupied and not thinking of the current day situation shouldn’t be attacked or have a panic over.

video games are not bad… point… blank… It’s the ones who cannot differentiate between RL and fantasy in a video game, that I can blame on the parents. 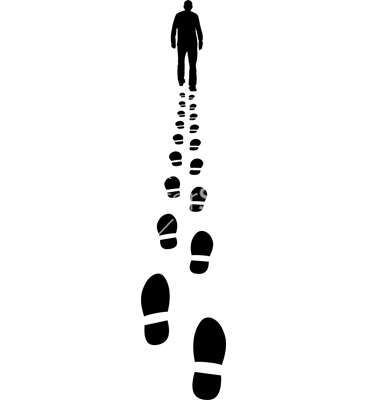 Its a fancy flip book about a research paper.

we are bad people

Well I mean, we are people, ergo, we are bad.