How do smart bombs work

Think of it as an electromagnetic pulse (or whichever damage type you are using) centered on your ship that expands outwards like a wave. It was just poorly named as RL smartbombs are something entirely different. A smartbomb in EVE can hit you while you are cloaked or in warp if you are in it’s path. It’s an AOE weapon, it doesn’t need a target…

EVE’s been there, done that:

ROOKS AND KINGS took SB’ing to a whole new level!

How long do they last?

Smartbombs have a limited range, but they last for as long as you have capacitor to keep them running…

are there normal bombs then?

They are Area of Effect attacks.
On each activation anything in their range gets hit. (Friendly, Foe, Rock Station anything)

Yeah. Those get launched from stealth bombers and deal AOE damage in a 15km radius. There are also bombs that neut everyone in that radius, do a massive neut to a single target that you bomb, or break target locks (useless lol).

they are AoE weapons, they are like Blanka’s electric attack 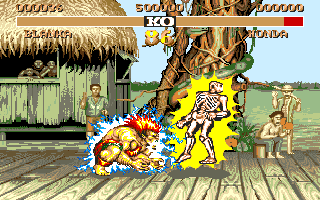 to maintain all bombs running you need a lot of cap, so it’s a good option having logi pilots transfering capacitor to your smartbombers

scientifically smartbombs make no sense, it’s kinda an EMP pulse that comes from your ship and have up to 7000 radius (it depends)

smartbombs do friendly fire and they could kill anyone including the other smartbombers around, they also can kill anyone from your fleet if you are in range, it kills even ships in cloak or in warp. This is the thing about smartbombs, you don’t have to lock your targets, the smartbombs just keep dealing damage on everybody around you and you don’t even need to lock anyone… great for melting drones, small rats, frigates and everything else that is close to you… everybody around you will take damage

if you have a lot of smartbombers all close to each other and all of them activate all their smartbombs at the same, it depends on their tank and server tick but they could all die or almost all of them will die or leave just one alive

Smart bombs are neither smart, nor a bomb.

Smartbombs in EVE are very much like normal bombs in EVE in the sense that they’re a spherical explosion, except smartbombs are smart enough to not damage your own ship if you happen to be within the blast radius.

Which is nice, because with a smartbomb you’re always within the blast radius.

Missiles are explosions that are delivered to one specific target and will follow that target they either hit the target or until the fuel of the missile runs out. Missile explosions only hit the target, not any targets nearby.

Bombs, which can be launched by Bomber T2 frigates, are explosions with a 15km radius, which travel 30km in a straight line after launch before detonating.

Smartbombs are explosions around your ship with your ship at the center and an explosion radius determined by the smartbomb size and your ship’s radius.

Bombs can hit (and destroy) your own ship if you happen to be within the explosion radius. Smartbombs are smart enough to not damage your own ship.

Smartbombs should do damage to everything even the ship that is using them.

Like how do they not do damage in at least a 1Km radius? Do they damage in some cone that fans flares outwards?

Like how do they not do damage in at least a 1Km radius?

Even the smallest smartbombs deal damage in at least a 3km radius around the ship, with the large smartbombs reaching out to 6k or even 7.5k if you’re willing to pay for a faction variant.

I think this radius extends from the edge of the smartbombing ship, so if you’re in a ship with large radius itself, like a battleship or capital ship, your smartbombs deal damage in a much larger radius.

A lot bigger than 1km anyway.

So it sort of magnetizes with the Hull of the Ship somehow so the Ship using such Smart Bomb doesn’t do any damage to it’s own Ship? 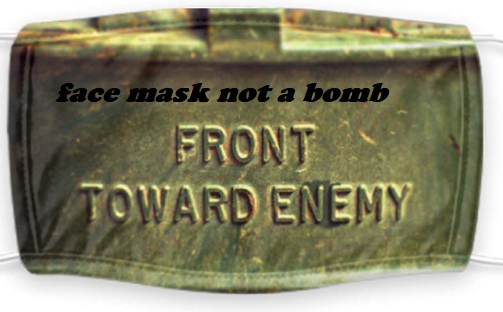 /On a welcoming note today;
Frostpacker tip for all the lowsec bullies currently is;

I heard using smartbombs in hi-sec is very smart.