so i logged back into new eden last night, for the first time in 420 years. obviously omega expired…i really should have saved the extra bucks and purchased the 420 year bundle before i went on hiatus, but alas i didn’t. anyweezer, so i’m in high sec, npc corp, and in a ceptor which i can’t fly without omega. i was gonna omega my main pilot but then said, ehhh i can do that later, i wanna fly right quick, been a minute.

so i popped into a velator and undocked. i was like, “wow i forgot how pretty a space station can be as you drift away from it”…then the cops violently shot me down. i then remembered burn amarr, good times. after all this time, still an -8.9 sec status? dayum they hold a grudge.

so yea, null only for me. in fact, i’d really love to do some ganking again, that was loads of fun. my main pilot is 25 mil pvp logi. i have 2 girls, 1 cup…err, wait i mean 2 jf pilots, 1 rhea. i have a mino, and a orca, i think and a few of those crafty, stealthy transport thingamajiggers. for some reason i have a tengu, i’m not sure why. i have a wild assortment of pilots, a market alt, miners, and manufacturers too.

my last real go at eve, i was one of the directors of a training corp that was part of gsf. i enjoyed being a part of a very large organization. the prep for large battles was fun, there’s always fleets to join, and i made a massive amount of isk running my rhea to high sec and back transporting space pixels for rich people.

i’m not a good fc. i’ll always gravitate towards support and logi, both pvp and otherwise. i’ll need a few times of people showing me the ropes again. does anyone do drink fleets? or truth or dare gate camping? holla

hey man, any chance you have interest for WH ?

I like the sense of humor already! We could use a indy/logi bro. Logi is love logi is life. You ever jf even better. Come check us out where a newer corp tho.

Most Hated. [PvP][US TZ] What we offer: A good f*ckin time [We play games together and play with each other] JF Service PvP [Solo, Small Gang, Medium Gang, Gangbangs, Filaments, Gate Camps, BLOPS, Whaling, ETC] Cap Usage Cuz Why Dafaq Not Mate Few Blues Requirements: 18+ with a good sense of humor Omega Willing to train doctrines If you are interested in joining. Drop by the discord! Most Hated. We require a drug test and breathalyzer. Your SSN, address, blood test. F*ck all that come tal…

Coke have a chat with us my friend

We have what someone who won eve and is returning needs.

Covert Agenda - We are Bloodthirsty Black ops dropping Industrialists Looking for pilots to join our ranks! (NA)(EU) 5M sp requirement +100 days Were a tight nit group of players who encourage you to do what you enjoy in eve. August 2022 Update. Now moving into Immensea as part of AARP. Content rich environment for PvP, PvE, and industry. Good times. Join the discord and say hi. -Stationed in Null Sec! -Mining/Indy with over Many Moons (Some of the lowest taxes in Null!) -Black ops fleets …

We (The Congregation) are a pirate lowsec corp with a strong PvP bias. So we are considering pilots who are willing to actively participate in our fleets (and logist is cool).

But also in the system where we live - Amamake has sotio and tatara with rigs, as well as a 50% discount on the price of production due to faction wars. Also we have some people who can sell ore/moon ore. However, we’re probably not a big nullsec alliance, so we can’t buy large quantities ourselves (except dreads), but the Jita is 2 jumps jumpsfreighter and we have citadels for safe jumps.

If that fit for you, you can mail me in game for details.

Hello, we are “The Congregation”, founders of numerous well-known Alliances such as “No Handlebars”, “Same Great Taste”, “420 MLG TWINTURBO 3000 EMPIRE ALLIANCE RELOADED” and currently “HIDDEN LEAF VILLAGE NINJA AssAssIn SQUAD eSPORT TEAM”. What we do: Small gang roams Subcap fleets Cap fleets Our ideal fight is a 50 v 50 straight up BS and Cap BRAWL but they are hard to come by, so we poke bigger fish to see what they’ll bring for us. Examples: Recent Fights Vol 1 Recent Fights Vol 2 N…

welcome back i guess

If you can consider an independent pvp group that is trying to established a small indy group on the side then keep reading or talk to us if you think its better.

we operate from pochven and venal in terms of pvp and our indy wing (work in progress) is planned to be operating from highsen to start with.

with us you will have a very simple game play and relaxed environment. Most of us are grown up with wifes, kids and jobs so we are not online as much we would like to so we tend to be active every moment we get.

[themorgue04] Our approach: We are an independent skirmish pvp alliance that was formed with one simple purpose in mind, which is to have fun. Most of our alliance members are returning veterans with family, who believes the game should be played for what it is, a GAME and without all the mandatory and time consuming activities other groups have on a daily basis. The alliance offers a simple and laidback way of re-learning the game again with the hope we all find back to our glory days of…

well you simply must read it. it’s worth the cost of enabling drug addiction… promise.

if so mail me in game

also are you actually 10 inches?

goons…good times, i applied btw, thanks for the reply

We are a small corp out in scalding pass under the Valkyrie alliance. We mainly do industry with pvp on the side. Being in the alliance gives us access to moon mining/ratting space/industry structures. Fleets can range from massive all hands on deck to chill small gang roams. We tend to do some small gang roams ourselves on weekends or when we get bored.

You are very much “free” to do your own thing out here. Only requirement is to assist with CTA pings if you are able. Real life comes first always so no one will yell at you for missing one.

Give us a gander FREGE is now recruiting 17yr EVE community Opens Recruitment. Be a part of EVE history. FREGE was featured in EON Magazine 1st edition - #3 by bodycollecter

The Black Death is a NullSec Corporation Live in Providence we are Part of Who Dares Wins Logistics Division Alliance Throw off your shackles and free yourselves from the tyranny . Are you an abused F1 monkey or a “Lost in Space” high-sec pilot, The Black Death needs you now! All players are welcome, Alpha, Omega, New, Old, Returning, the person is more important than the SP. [image] What we Offer: We offer a fun & social way to join in the var…

In game mail sent, we can prove you everything ur loomingnfor and no shortge of content where we live. Hit me up let talk details. 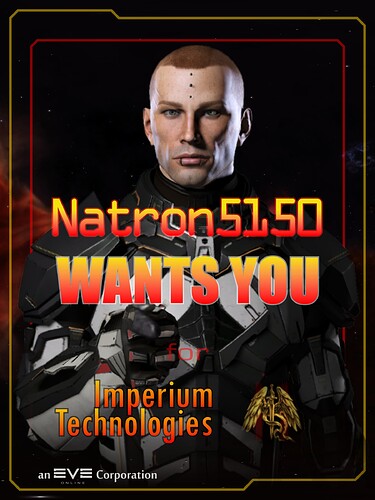