I am a long term player (since 2004) currently looking for new opportunities in Eve. I am primarily a pvper but do a mix of everything and have four alts to support that. I’ve done a little of everything in Eve over the years.

Really I’m looking for two things in a corp, one that is active (USTZ preferred) and offers a little bit of a unique or less common experience. I am particularly interested in high class WH corps, merc work etc but those aren’t the only options on the table for me. 0.0 is not off the table for me but I’m looking for something other than large bloc blob 0.0 if that is the case.

If you’ve ever considered lowsec you should definitely consider our corp Filthy Peasants.

We’re a US TZ lowsec pvp corp that lives in the Placid and Solitude regions. We’re an established group with lots of vets and great FCs that work hard to deliver us content. We also do a lot of small gang roams, camps, kitchen sink fleets, and blops stuff. While our main focus is pvp we also have a large industrial base built up over the years such as high value moons, capital ship construction, and various other enterprises.

I think we’re one of the last true independent medium sized pvp alliances. We also cater to a playstyle that doesn’t require you to log in every day as we mostly base out of lowsec or npc 0.0 stations. However I can guarantee there is always people on doing something to be apart of.

If you’re interested come check out our public channel Open Filth in game and our forum post linked below.

You should join us on discord sometime to chat, http://discord.fweddit.space/.

Fweddit is a member of the Free Range Chikuns alliance which is an independent poultry-loving group that specializes in blops drops, cap drops, and small gang fights. We operate mostly during the US and EU time zones.

If you want to read more about Fweddit you can check out our ad on the EVE forums at Join Fweddit - Become a Space Chikun! [USTZ].

Hope to speak with you soon!

Hey Zero, I’ve recently started up a C5-5 PvP corp about a month and a half ago with some friends forming out of another corp.
You can check our KB here: https://zkillboard.com/corporation/98611357/
to have a little bit of an idea of who we are, what we do, and when we play.

Our TZ is primarily 7-12PM EST, and our content mostly revolves around finding a group that’s online, asking them to fight, and then rolling for more content. We don’t limit ourselves to strictly playing in WH space, but it’s certainly where the majority of our content is.

That being said, we’ve had some fun fights, and we really do try to take every fight we have a reasonable expectation of winning. If you’d like to know more, definitely hop in our discord and we can have a chat and see if we’re a good fit for eachother. Hope to hear from you soon. 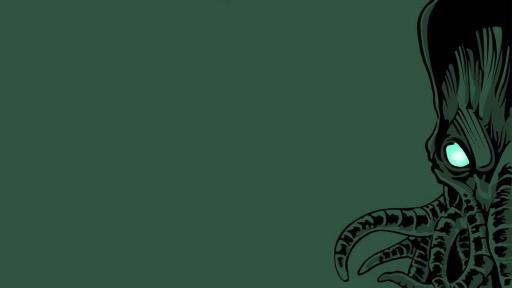 Check out the Squid Squad community on Discord - hang out with 50 other members and enjoy free voice and text chat.

Contact me in game if you fancy joining a tight/experienced wormhole Merc group.

Omega are currently in Test and are loving it there, and I know you’re not looking for huge bloc warfare but that’s not how we operate (feel free to check us out on zkill).
Whilst some of us DO enjoy the big fleets, I’ve only seen tidi twice since joining Test, and we do a lot of corp stuff, and small gang stuff with various groups inside the alliance.

Black Omega Security has now once again opened its recruitment. Black Omega Security is one of the oldest corps currently active in EVE, having been founded in 2003. We have a rich history having helped form Goonswarm, Curse Alliance, The 5 and Pandemic Legion. Some Omega history: http://evenews24.com/2015/12/19/interview-with-suas-of-black-omega-securityoss/ Where we live: - We currently live wherever we need to be, in the main that would 0.0 space. We are predominately EUTZ but have a good…

Should you drop the Amarr hood in your portrait, Usrha’khan welcomes you.

Our alliance is as old as your character and we are involved in Minmatar Faction Warfare in which we are the main alliance along brother alliances.

We don’t care about red in the zkiilboard : we pvp because we love pvp not to become risk averse.

Hope to see you around in the battlefield,

We are a super ACTIVE WH Corp/Alliance. I know you said you preferred HC J Space, but we engage them on a regular basis in PVP. If you get a chance, take a closer look at who and what we are in space…

Sinner’s Trajectory is a C5-C5 wormhole PVP corp who does small gang roaming, hunting, and the occasional large brawl with other corps or evictions. We are a tight knit group with the main goal of just having fun.