N+1 as a core mechanic sucks

I cant remember but i did it for either tuskers or R1fta .i did both cant remember which one was which one … i think one of them ask chain fights … years ago … . i had like 20 mil skill points on my solo pvp toon …

It is part of experience, bit of luck, sometimes even scouting helps you to avoid that type of fights…

Everyone complains about n+1, but it actually does have advantages. For example, it allows relatively low skill players in cheap ships to take on ships that are significantly more expensive and skill intensive. The most notable example of this would be whaling, but many many encounters can have the balance tipped in your favor by bringing a friend. I know, the guy who loses his 2 bil loki might not like it. But the simple fact of the matter is that it does provide an easy counter to high SP players flying blinged out fits. And, I think this is a good thing. (1) N+1 incentivizes teamwork and making friends. (2) It discourages people from constantly flying around blinged out pwn mobiles, allows cheaper ships to be competitive, and makes it easier to engage in sustainable PvP. (3) It allows newer players to compete with vets in an 18 year old MMO. And, (4) it requires that solo and smaller groups compensate by increasing their player skill.

Yep, that’s right. You say that n+1 removes player skill from the equation. But I strongly assert that this is rarely the case. Now, the truth of the matter is that I personally do a lot of punching down. However, I have been apart of fleets, and have watched videos, where people/fleets have taken on terrible odds and still manage to get kills and/or achieve strategic goals. So, yes, numbers do provide a significant advantage. But it isn’t an insurmountable one. Good players and FC’s will learn things like how to separate fleet members in order to pick them off, how to avoid fights until they find the terms of engagement to be favorable, or how to delay a superior fleet so that they can’t make their timer. 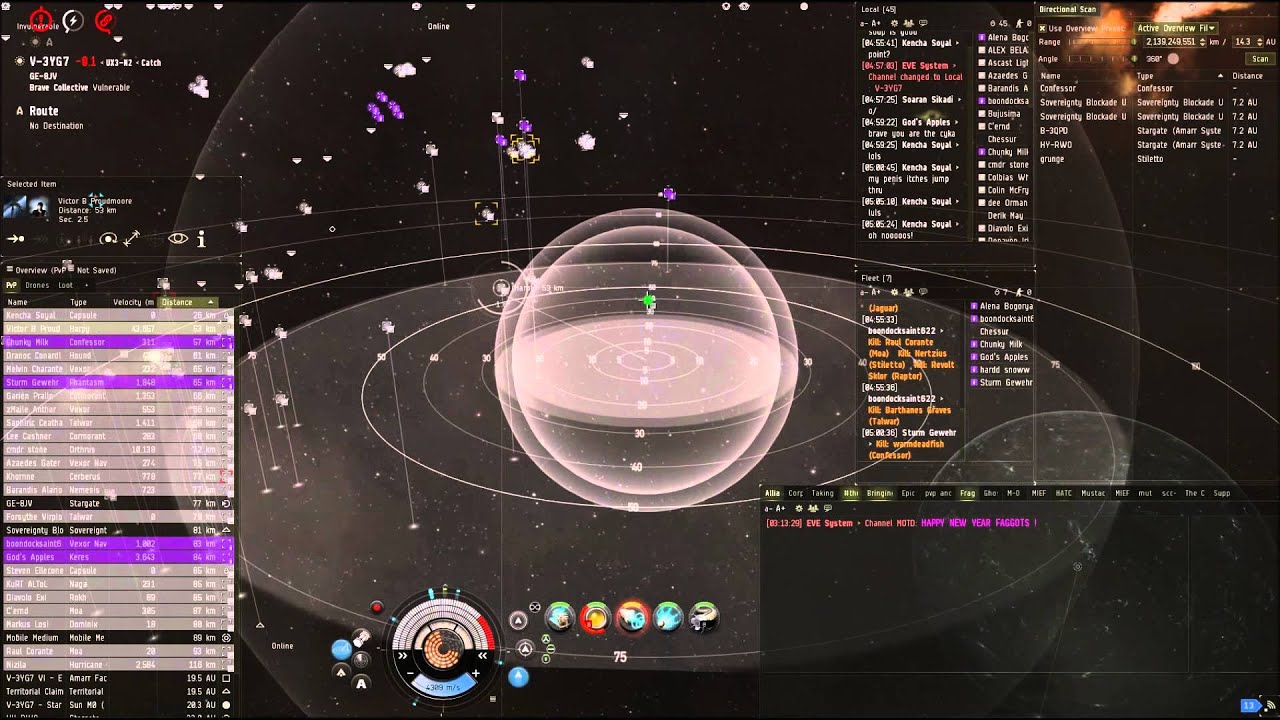 Amazing how a simple one sentence OP can stir the forum zombies from their eternal slumber.

I’ll be checking in regularly throughout the day for lots of laughs.

It’s a choice, If you don’t want to fly the blob, don’t do it. A healthy mix makes the fun for me. Some group stuff, some solo … EvE is full of options, nobody is forced to do anything in a game. Even as a potential target you still can choose whether you want to expose yourself to an “unfair” engagement.

N+1 isn’t a core mechanic it’s an artifact of an open sandbox.

With that said the constant nerfs to things like resists, logistics, combat refitting, ect. Have exaggerated the issue. These changes hurt the ability for highly organized and skilled players to punch up.

They are changes largely made to make large tidi fights more comfortable but ultimately hurt the rest of the game.

I am capable of killing a bee hovering towards me as the little bastard yellow boxes me. Even a handful

except for inferior server hardware. OOOOOOOOOOHHHHHHHHHHHH!!!

I agree a valid point you make.

Imho, skill should be the determining factor in gaming, not how many people you have.

You mean skill that knowing 3 is more than 1?

Or accepting if go out solo and meet a competent fleet you getting blapped?

From this post, I ascertain you are not skilled at all

Bombs? Smartbombs? What about Logistics? Neuts? Ewar? What about drones getting aggressed by multiple targets? How do NPC work?

Think this through, please. What you just suggested is lacking just as much as a typical CCP feature.

You mean like stalking someone in-game with an alt, causing drama in the uni channel unprovoked and then making another alt to slander someone in AG intel only to get shushed by Drac? Then joining almost every other public channel this person is in to monitor them?

But you aren’t about drama at all are you 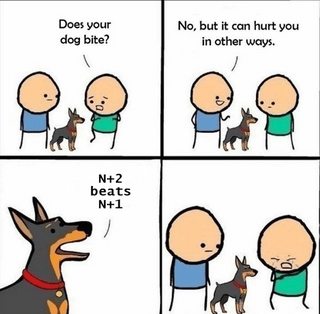 All other things being equal in a 1v1 fight, the person with superior skills will win. In a 1v1 fight where skills are equal but strength is not, the stronger person will win. The same goes for speed.

In a >1v1 fight, skills, equipment, and so on can win a fight up to a certain point, but past that, the only way you’re going to “win” is to live to fight another day by running away.

Mind you, I’m referring both to in-game fights and those in the real world. N+1 is a fact of life, not a mechanic incorporated into the game. You’re upset by math, not intentional game design.

The difference between real life and games is the latter provides more of a vacuum with fewer variables to determine the outcome. In the real world, soldiers can take on a hundred opponents by themselves and live because of the countless variables at play. Other soldiers are overwhelmed by just one or two opponents, again because of the variables.

In-game, the fewer variables at play more readily determines the outcome, so N+1 means you’re much more likely to lose against multiple opponents, though it’s hardly guaranteed. It’s all just a consequence of the numerous calculations the game uses, and it’s the same in any game; you versus multiple opponents isn’t a guarantee you’ll die, but it’s certainly more probable.

Organising people is a skill.

Yeah, it takes A LOT of skill to type @here on discord.

If it were that simple more people would have a corp as big as goons.

It’s actually quite hard to recruit and even harder to keep your recruits active and engaged.

It’s even harder to recruit people who aren’t windowlickers.

This thread is about quantity overriding quality to a disgusting degree… not corporate recruitment.

If you think quantity is more important than quality…

…you probably aren’t as good as you think you are.

Quantity is a quality all it’s own.

Trying to discount the effort that goes into creating and organising the blob just because it doesn’t suit your agenda doesn’t make a good argument. It just makes you look dishonest.

You are right. It is really, really, really hard in a game thats based on N+1 to get people to form groups. Those who are able to do it should be applauded for their ability to swamp other players.