N+1 as a core mechanic sucks

Imho, skill should be the determining factor in gaming, not how many people you have.

I see quite a few N+1 kills on your zkill.

Yup, and they’re really not enjoyable. Its a ■■■■ mechanic.

Then don’t do it.

I don’t anymore which is why I don’t have any on my zkill in several months. Why are you trying to turn this into a thread about me?

The thread is about the N+1 mechanic, not me.

Because “do as I say not as I do” is pretty bad. If you fly around in a covert tengu with a covert prot buddy/alt you have the option to just leave and go “lets not duo this guy, it’s not fair” but you don’t. So your words are meaningless in this regard.

Just think about how exciting null-sec fleet warfare would be if things worked this way!

Right, because this isn’t a discussion about a core game mechanic, its me telling others not to do what I do.

Your reading comprehension is top notch.

Exactly what I was thinking, not hyperbolic at all!

Thank you for your awesome contribution!

Skill is superior to N+1.

Maybe you should get better?

No problem! I have a lot of other good ideas for the game too. Maybe we can sit down for a few hours and discuss them some day!

N+1 is not a core mechanic. It’s a rule of thumb. It assumes roughly equal quality builds and skills on both sides.

2 Ruptures beat 1 Rupture, unless the 1 Rupture happens to be better built, better skilled, and flown by a better player. Then skills/build quality/player skill wins.

Assuming equal quality builds/skills/player skill, how could N+1 not win? Everything else is equal and they have more HP and firepower.

Arenas, abyssals etc have some of what you’re looking for. Other than that, it looks like you’ve been fighting N+1 style, getting bored with it, and trying to blame it on a mostly unavoidable logistic issue rather than the fact that you generally only fight when the odds are with you.

Yes, the N+1 style sucks. I am looking for something that is NOT that.

Bombs? Smartbombs? What about Logistics? Neuts? Ewar? What about drones getting aggressed by multiple targets? How do NPC work?

Think this through, please. What you just suggested is lacking just as much as a typical CCP feature.

Then enroll in the school of Lussy Lou and similarly competent people and do what they do.

Ive not heard of this school/group before. Could you tell us more about them please?

Yes, the N+1 style sucks. I am looking for something that is NOT that.

Sounds like you need to look at other games that have ranked match making. There is really no way to incorporate that into the present game unless they make another arena type area for one off matches. 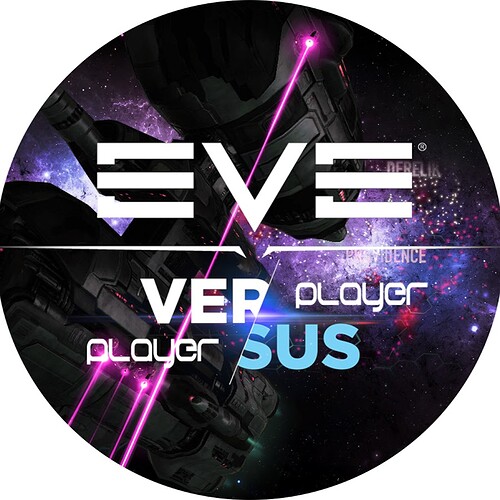 You don’t need to understand what he’s saying or writing. Watching his videos alone should be enlightening enough for someone who seeks a more solo/small gank activity with high skill levels involvement.

N+1 is not a “mechanic” so much as it is an unavoidable consequence of the nature of EVE.
See also my blog post on the subject.

N+1 is really just a basic fact of life, lol.