New Eden is About to Change (New Event Coming)

To what extent will the outcome of this war actually be decided or influenced by players ? Are we taking part in something where the end result is pre-scripted and what we do thus makes little or no difference anyway, or can we actually influence the outcome ?

Much like the Trig invasion, I’m sure it’s scripted or pre-determined, else players would just gather en masse to turn all of high sec into Amarr space or something similar…

I mean it seems pretty straight forward, at least for the Gallente/Caldari conflict…One of the Empires will get a gate, or neither will. Amarr/Minmatar, the result is less known, but the winner will get the fruits of the research. The Caldari FW seem to have the area on lockdown…already a result of the players clearly, all they have to do is repel any Gallante incursions and mine their ore.

You could say the same about the Amarrian side in the Amarr/Minmatar warzone: Amarr has it on lockdown, as a result of the players’ in-game fleet and plexing actions (bravo!).

I’m just an outsider that likes to 3rd party pirate in the area, and from my lay observations that warzone also seems to be “pretty straightforward” – but I would hope a new release would revitalize that warzone to make it more competitive, which I think is just generally more fun for everyone involved.

…turn all of high sec into Amarr space… 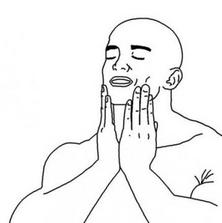 found the answer after listening to the full vod, thanks