Brand new char here. I haven’t played MMOs in a while, but decided the ability to train skills offline would fit in well with my current lifestyle (not needing to be on grinding constantly) and the sandbox ideo seems cool. I’m a casual gamer, real life comes first. I’m in the American military and would like to find a corp to learn PvE, PvP, and how to make ISK to fund it. Like I said looking for kind of a “military structure” or Amarr based corp (I like the Amarr backstory). Currently just doing the Sisters of Eve arc quests after the initial career agents. Also, looking for laid back people who don’t mind if I’m having a glass of whiskey while playing.

The Black Death Holding is a WH PVP Corporation based in C3 WH . we are Part of Who Dares Wins. NullSec Alliance and We are a focused on PVP and PVE, We have access to great space for ratting and Mining. Are you an abused F1 monkey or a “Lost in Space” high-sec pilot, The Black Pink needs you now! We are currently working toward providing more PVP content to our members - with regular small-gang frigate/destroyer/cruiser roams, we are looking for like-minded PVP pilots to join us! All players… 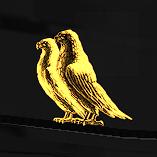 Check out the .:[ The Black Death Corp. ]:. community on Discord - hang out with 15 other members and enjoy free voice and text chat.

Check out Faction Warfare. While I can’t speak much to the “military style corp” your looking for I can tell you many corps have at least one or two military or ex-military guys (they’re a disproportional portion of the player base), and FW is the best place to be right now for consistent PvP that you can also make isk from.

Hey mate, I have current and ex military personelle as well as medical personelle in my organisation, we can teach you how to get your own funds and are militaristic in the way we operate and run things, there’s also casual and more relaxed options as well for the unwind times.

Reach out via our discord link in the advert below if you’re interested, look forward to speaking with you soon.