Low sec has FW. I actually did enjoy that a bit since we were fighting for control of systems. It was totally arbitrary, but I did like the sense of purpose.

I always found purpose in popping or ransoming other people’s sandcastles. Back in the day you could mess around with POS owners (in some cases, even solo) and extort or remove them. Since the new structures you’d need to scale this up I think, but you can still fight over POCO’s. Not that they are great rewards, but I’ve found purpose simply taking them over and funneling the profits into… promising corporate ventures.

Anyone else have thoughts on what to pursue?

Try to control a system by burning every other station, POCO, whatever to the ground. How is that for a goal?

At least you will make some enemies and that is when the content starts.

Not quite sure how this could be applied to dating . . . is dating non-consentual PvP . . .

could be applied to dating

dating is like opening a strongbox
to much expectation for nothing

I have done almost everything in the past, and while I do love PVP and the jitters it gives me, I am finding going on roams for the sake of roaming to be a bit time consuming and, ultimately, pointless.

Fun for the sake of fun is a valid argument, but the nature of EVE often means we roam for a while and nothing of note happens, and I could have played other games or done other things instead of roaming for 2 hours to pounce on a careless VNI.

Low sec has FW. I actually did enjoy that a bit since we were fighting for control of systems. It was totally arbitrary, but I did like the sense of purpose.

Null is huge fleets, and I would prefer small gangs. And if there isn’t some sov bashing or protecting, it is usually just pointless roams.

WH is kind of right, but it does require a bit of involvement, having to scan new chains daily was a bit of a chore, and it just felt like I could never take a couple of days off without needing to be ready to jump in to defend our hole.

A lot of people say it’s the community that is the reason to play. I am one who maybe gets involved 50%. I participate, I am on comms, but I am just not one to go all in and have never quite managed to break in to any sort of group. I have plenty of close friends IRL, but I have never been one to make online friends so much, even if I do get along with people in the corp without any issue. But I have just never developed anything more than a warm welcome from others when I do get on comms.

THIS is the exact same issue I’ve had with EVE, for, well for about the past 10+ years. I come back once or twice a year for a few months to see what has been added. I’ve kept my subscription active for months at a time without ever logging in just to train skills in the hopes that, ONE DAY, there will be something awesome to do and actually put my skill points to work. (not that I do that much anymore, most skills are maxxed, so lately I only subscribe to get access to them)

Your post sounds like it could have been written by myself almost word for word. I’ve tried all the things EVE has to offer as well, prefer objectives in the games I play, find it hard to commit to EVE, a corporation is nice but unless you are on there daily and really chatting on coms constantly to a group every single day (not just joining coms when there’s a fleet), you aren’t going to make any lasting friendships to keep you coming back.

But ABOVE ALL, the waste of time on roams or gate camps… I go on a 3 hour roam and we find maybe 1 semi-afk dude and jump him. Or (rarely) we get jumped by a larger roam and it’s just as much of an obliteration. There is almost never a middle ground. After all, why fight 5vs5 and risk losing when you can get more people and stomp them 10v5 right? Common sense… problem is it doesn’t make it fun for either side.

I love the mechanics in EVE. I love when there actually IS a ‘good fight’. But there’s like 10+ hours of roaming and waiting per ‘good fight’ that’s relatively evenly matched. As I’ve gotten older, I dont have time for that. And even when I do have time, I have other games to play that I can get a lot more enjoyment from in 3 hours than roaming around space finding uneven fights.

Somebody might just say “well then EVE isn’t for you” but I don’t feel like that’s accurate. I love the ship mechanics and complexity in EVE, I love the good fights when I’m able to find them, I’m just not willing to spend hours to do it.

I was really enjoying the 1v1 PvP Proving Grounds, at least the fights are reliable and evenly matched. I’ve been hoping for a feature like that for years.

edit:
i get that you want 1v1 proving grounds , i think its nice to

but want to fight? Join FW (you already are ) do a 15 jumps route in enemy territory , OPLEX
you get MANY fights … all night long

use it , show pilots in the last 20 minutes on map, set destination to a good spot

its bad? every 10 minutes you can use another filament

edit3:
or make friends in amamake

Red vs Blue Web Page : https://rvbeve.com/
Red vs Blue is a long standing institution in EVE Online with a unique tradition traced back to 2008.
Here you can read about RvB from CCP Eterne’s words:
https://www.eveonline.com/article/community-spotlight-red-vs-blue

The best day to start learning PVP is the day you start playing EvE Online!

[Eve Players discussing what to do.] 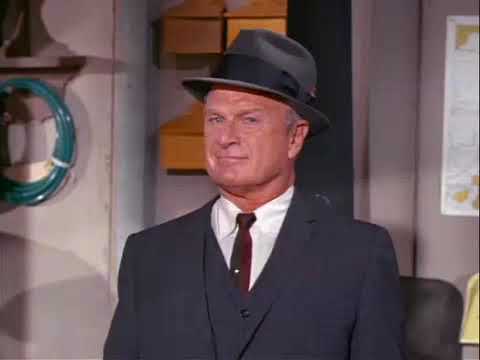 How many of those fights that you’re getting are 1v1? Genuinely curious. I admit I havent PLEXed in FW in 6-9 months.

@Selrahc_Kondur RvB is interesting and I’ve definitely considered it before, but I don’t necessarily want to be in a perpetual war getting in and out of Jita and such.

I need to find a group that does “tournaments”, ideally 1v1, with pre-set meta restrictions. If RvB does those weekly, I’d join in a heartbeat.

not true
look at mu killboard loots of fights 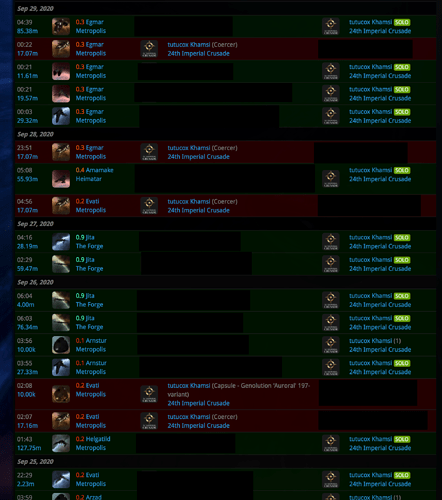 but i kinda feel you bro

Tutucox is the Eve player we all wish we were. Living the dream - independent, isk-sufficient, making his living doing solo PvP.

All it takes is one player to show us all that it is possible.

Anyone else have thoughts on what to pursue? I

Kill Highsec miners. Make it your objective to help them stop mining.