I’m playing again after a few years break. I’m looking for a corp that does not take things too serious but is active. By active I mean they fleet up at least once a week and do something. I can fly T2 Indy stuff (mostly blockade runner) but I also want to pvp (but don’t know anything about it).

I would like to be in nullsec but it’s not a deal breaker. I don’t care if the corp is pvp or Indy geared as long as they have at least SOME variety.

An example of not too serious means if I can’t fly your doctrine it’s okay. I’ll fly the closest thing to it. It’s just a game after all.

I don’t care if it’s a big corp or small corp, as long as they do things together every now and then.

You should join us on discord sometime to chat, http://discord.fweddit.space/.

Fweddit is a member of the Free Range Chikuns alliance which is an independent poultry-loving group that specializes in blops drops, cap drops, and small gang fights. We operate mostly during the US and EU time zones.

If you want to read more about Fweddit you can check out our ad on the EVE forums at Join Fweddit - Become a Space Chikun! [USTZ].

Hope to speak with you soon!

We might be what you’re looking for. We’re a small alliance of 350+ and growing, based in null. We’ve got new and experienced pilots. We run regular roams, get involved in the larger conflict, strategic ops, and also do mining ops. We just moved into new sovereign space, 17 systems and a keepstar for base.

Within the alliance there are few corps which should meet your needs: I’d suggest Shepards of Mettle or Interstellar Development Agency.

Come and check out in our public Discord: 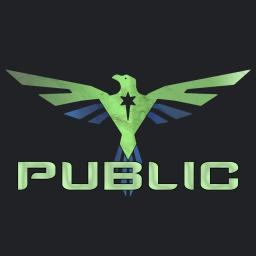 Check out the FEDUP Public Lobby community on Discord - hang out with 269 other members and enjoy free voice and text chat.

Check us out of if you’re looking for a smaller casual group. We’re outside of null so that we can stay pretty casual (among other reasons!), but that’s where we spend most of our time roaming. We run two scheduled fleets a week - Thursday (PvE) and Saturday (Pvp) at 0100 Eve time. We also run pickup fleets during the week - whenever we have an FC that’s not too tired after work! We have quite a few people who joined us recently that are in a similar situation as you - new to PvP and looking for a place to start. Check out our recruitment ad for more info:

South of Heaven [SOHCO] Seeking New and Veteran Pilots! Who We Are : SOHCO is a group of veteran and new players (10 actual people) doing solo, micro, and small gang pvp and PvE to fund the habit. We’re aging gamers with real life commitments that prevent us from going full hardcore Eve. We still love seeing spaceships explode though, so we’re carving out a little niche for ourselves in Syndicate/Placid. We are currently headquartered in Placid and West Syndicate. We roam Caldari/Gallente low …

Hello @Jaron_Orti and welcome back to the game we hate to love.

We are a super ACTIVE WH Corp/Alliance. If you get a chance, come see who and what we are in space…

Awesome! I’ll be in touch. Probably not tonight though.

Not sure if you found something already, but I thought I would post my ad here as well.

We are located in nullsec as part of VINDICTIVE alliance and as such, of Winter Coalition. The war is coming to an end in the south, so things will be a bit easier down here for money making and such. However, we are still engaged in active combat for the time being with Legacy coalition, meaning we have tons of content available in both small and large scale combat.

Please let me know if this sounds interesting to you. You can contact me in game, or simply apply in game to Flaming Fist Rising.

I’ve messaged you in-game but do check us out if you are feeling up to WH life!

SOLARMARK [whsimple1] Who is Solarmark? We are group of “seasoned” gamers who are coming back to eve after a long hiatus. With us we have brought back veterans and newbies alike. We call ourselves seasoned because we our pilots ages are between 25 and 40+. We are looking to grow our close knit group so we can expand into more exciting areas of EVE. Currently we are living in a C4 WH with a C4/C3 static together and enjoying that experience. Come join us! What can I expect? We offer most th…

super casual corp, NPSI with access to tons of fleets across multiple time zones, no tax, no rules, come and go as you please. friendly and laid back, perfect for a casual player.

Late to the party, but if you haven’t found anything, come by for a chat!!

5th Fleet is looking to bolster our ranks with new and old Miners and Industrialists. We’d love for you to join us as we grow together! Our Long-term goal is to claim a part of this universe and call it our own. Our immediate focus is on HiSec mining and expanding our corporation. We have just completed our goal of establishing our own Refinery and Lab bases. Programs we offer include: Ore Buyback Orca Boosts Discord Channel Fleet Doctrine Fits Access to trade hub and LowSec within a few…