Hi all. I’m a returning player looking to give Eve another go. I’ll give a bit of context first to explain my thought process here, then list what I’m looking for and what I bring to the table.

Context
I first started playing Eve roughly 8 years ago. Got snapped up by a corp while I was still a bright-eyed noob, and ‘abducted’ to nullsec. Barely got my feet under me while ratting and doing the occasional pvp before we moved to w-space. So I guess I learned EVE the hard way. Scanning before being able to do anything. Securing statics, exploring the pipe, killing sleepers, all that stuff. The sense of progression was amazing though. We were a small group of dedicated folks, and we slowly learned the intricacies of w-space and worked our way up the classes.

Anyway, long story short, I’ve always been a combat pilot, and since that first corp I’ve never found a new home that really clicked. This meant that my stay anywhere was short-lived, and I won EVE for long periods regularly. What’s also changed is that I used to be a student. Flexible playing times and all that. Now I’m a grown-ass man with a girlfriend and a job and all that.

So I can only play during evenings typically, and am not always up for playing with other people. But I’m bored out of my mind with singleplayer games. I want to contribute to something. It doesn’t need to be big, but it needs to be something I can do both together with other people, but also on my own at my own pace at times. I want to find a new, small home with nice people to hang out with.

So I had a bit of a radical thought for a combat pilot: why not industry? A small nullsec indy corp with production targets (or something? Fuck if I know – never done indy before) that I could contribute to, either by acquiring materials, providing logistics, or running production. And if it’s part of an alliance, there would be enough pvp fleets/roams to scratch my itch for violence. So there you have it.

What I’m looking for
• EU TZ.
• A nullsec industry corp
• Don’t care what bloc you’re part of or which way you swing
• Has meaningful goals/objectives that their members can contribute to, either as groups or individually
• Willing to mentor/help a combatbro with learning the ways of industry, and help them get up to speed with new Eve.
o This is actually really important as I’ve no idea what I’m doing with most things industry, and it also feels like a lot has changed in the years since I last played intensively.
• Laid-back/adult attitude – I’ve got a job, house, girl and life, ain’t nobody got all dat time for EVE anymore.
o This also applies to in-corp culture. I’m all fun and games and get along with virtually anyone, but I’ve got very little patience for assholes or edgelords. I’m here to have fun, not to be part of internet spaceship drama.
• Having access to pew pew content is a plus, but I can always leave a char in highsec for NPSI stuff.
What I offer
• A functional adult! Yay!
• More seriously, when I have a click with a community, I become a dedicated member. I’ll dedicate time/effort to advance the group, teach newbros, pitch in, that good stuff. My playtime might not be as high, but that won’t mean I can’t/don’t contribute.

• A highly-trained combat character (acct1)
o Can fly anything T2 subcap, with a handful of exceptions, and some capital ■■■■. (except maybe stuff they added in the last few years)
o Can do PI
o No other noteworthy industrial skills

• A niche Orca pilot (acct1)
o Trained specifically to fly an Orca in High-sec for ice mining together with character 2(AFK isk while studying/Netflix ayy)
o Can mining boost like a mofo, not much else
o Could train into a rorq
• 3 alts that could do cyno duty, I guess.

If any of this strikes your fancy, I’d appreciate it if you could reach out to me. If you think your corp isn’t the right fit for me, but might know some that are, I’d also appreciate referrals.

You can reach me on the following characters: Kaeden Dourhand, Kae Den, and Kaeden Transport. 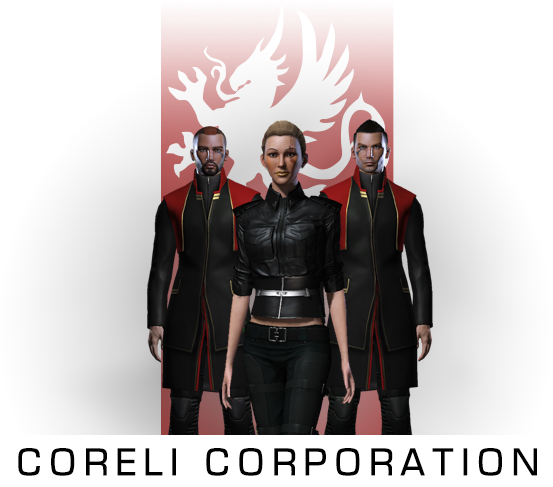 RL first mature alliance. Lots of goals, friendly communty, active comms. Interested? - Glorfindeil#2642, discord 15/7.
If you are looking for a family kind of community - join us.

I know you mentioned Industry focus, but, you also mentioned about access to pew pew - FUN inc are recruiting, and i think you would be a great fit - you are looking for a no-nonsense environment, laid back, with a good group of people.

In all honesty, i know zilch about industry, but we are looking for combat dudes and i think you would be a great fit for when you want some instant FUN pvp and pew pew access.

FUN Inc. - Putting the fun back into EVE Recruitment Center

FUN Inc. - Putting the fun back into EVE Welcome to FUN Inc. (EBWF) This IS the fun you are looking for! FUN Inc is a no drama PVP community that roams Nullsec looking for good fights. There is no SP threshold, maximum or minimum. It’s all about your fit and attitude. We seek like-minded players to develop, and collaborate together whilst PVPing and having fun. There are no pings, no timers and no blues. If this sounds like your thing (of course it does!) then find out more below or hit us…