The lore here seems very rich. I would love to do some RP here, but it may or may not be a thing. If it isn’t, who would like me to make it so?

The Intergalatic Summit is the general RP forum that is here on the board and there used to be at least, some in game groups with some RP channels, but someone in the summit should be able to help.

The is an off-topic thread in the Summit where you might be able to post out of character and ask:

I saw the fiction boards, but I was talking more about in game. If that is all there is, though, I might have to use both. Thanks!

There’s a reasonably strong RP group in game, many of whom post in the IGS linked above. Most RP starts through in-game channels. There are a number of scenarios currently in play that have CCP employees participating as you will read on the IGS threads. (You can see an orange NPC marker in the list of posters).

This is a very good place to start and has links to the Discord, Backstage etc.

So you want to get into roleplay? EVE Lore Discussion

Here are some points I made up on the fly elsewhere for people wanting to get into EVE RP but not knowing how to start. These are not hard and fast rules, more like things that have worked for other people. (EDIT: This has been edited a lot since the first post based on feedback. Further suggestions welcome! You can find me eg on the RIP Discord.) So how does one get into RP? If you already have RPing friends, ask them how to get involved with whatever they are up to. If you do not, find some…

Thanks for linking <3 And welcome to EVE RP to the OP.

If, you might be looking for a place to roleplay in the game then hit me upp in-game with a convo or a mail. Currently trying to form
/ create a roleplaying player made lore based opon the eve lore government with stories attached to it. I do have some reqirements to join this thing. But that can be discussed later when and if you Contact me.

If, you might be looking for a place to roleplay in the game then hit me upp in-game with a convo or a mail. Currently trying to form
/ create a roleplaying player made lore based opon the eve lore government with stories attached to it.

Please come chat with us on the RP Discord if you are not there already! We’d love to hear more of your idea. 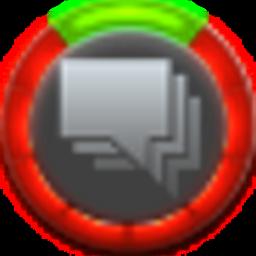 Check out the Roleplay is Primary community on Discord - hang out with 265 other members and enjoy free voice and text chat.

Yea. Am allready there. Been sking stuff there as well. If you are interested to hear more about it or want to join it then i Will be avalible after 20:00 Eve time after i ended My shift. We can then have a chat there. Bring a few other People with you who might be interested in it.

I’ll be asleep by then (hopefully

) but there’s always folks there you can talk about ideas to.

Roleplaying player made lore based upon the eve lore stories & a player government to boot. Recruiting! Recruitment Center

A few roles that i need to be filled would be: A criminal boss - main income from drugs and production of drugs. A public service man/woman - news agency/ radio agancy that will report news within the government. A local politician A reasercher/ scientist A Police man/woman A historian = Someone who has a good knowlage of the eve online lore and big events. A marine/ Soldier A company owner and a few employees. - Industrial path. A mercenary These roles are nessesary to start up this governm…