Sergei Cohenberg is a scammer

Its eve. 2.8 bil isent ■■■■ but i figured i would throw it out there is nobody else gets snagged by this toon or the holding corp
Agreed price for the citidel was 2.8 bil

This part was well played

Citadels are a nice new feature that allows the players to make their own little space home. With just a quick stop to a trade hub you can set up your own base for your corp or alliance to use for whatever purpose. Unfortunately with time, something might happen and the citadel gets used less and less. Eventually it’s just a decrepit space shack… If you keep it anchored it risks being lost in a war. If you unanchor it you have to wait a week to loot it and you still have to lug it all the way to…

I fell for it. Figured maybe he was legit. But its eve. I’ve been playing for 10 years. Not the first one to post one of these and i new that. 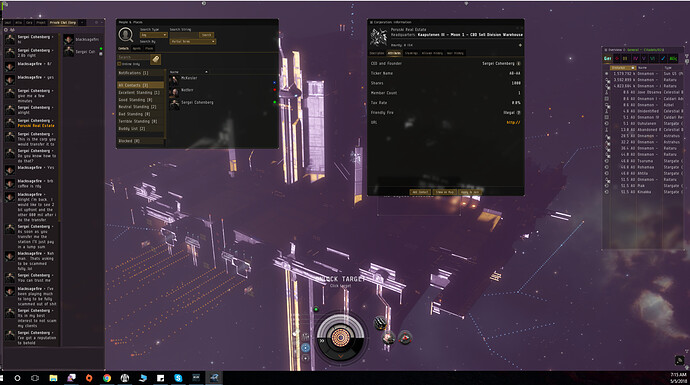 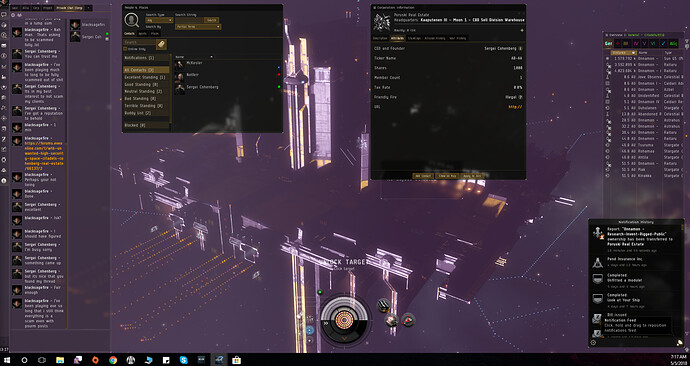 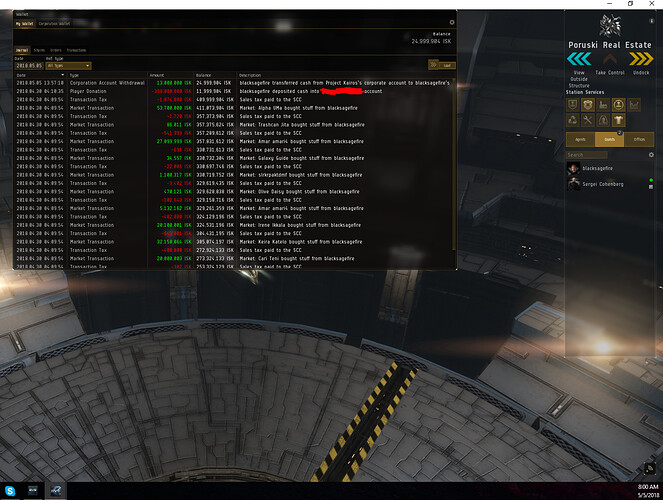 Never not assume everybody isn’t scamming you.

A Cohenberg would never scam someone. The family name is built off of trust. Its a dependable name that people in new eden can believe in.

Could you have used a worse image host? James save me…

A Cohenberg would NEVER scam anyone. I cannot think of a single instance of that ever happening, and there’s no reason to assume you’re the first.

Depending on if and how much each party pays me I am a reliable and honorable witness of the events in question and can confirm or deny each party’s claims accordingly.

You’re going to need a lot more than potentially altered screenshots if you want to ruin the Cohenberg name, they’ve been trading real estate for 4 years and have helped me transfer 20b+ citadels, I doubt they’d run a scam for a measly 2b.

I dont get it.

The thread says that he is BUYING citadels.

Yet you are claiming you are the one buying, and that you sent him 2.8 bill.

This makes no sense. Why would the opposite occur on a thread where he is asking to buy other citadels? Are you sure you have the right person?

Maybe it was an impostor.

Did you check your spelling for typos? I mean, even in this thread, you squished together the “i” and “sent”, and misspelled “Citadel”, so it is very much possible that you sent the isk to the wrong guy.

This is strange because @Sergei_Cohenberg has once held 500b for me while he was a third party for a transaction I was making.

I have nothing but outstanding things to say of the Cohenberg family.

The Cohenbergs are the most reliable people I know.

only poor peeps need to scam

hate to hav tha poors

I totally agree, which is why I find it odd that this person is making these claims. The Cohenberg family is very wealthy. They don’t need to scam for ISK.

says the scamming princess from the jita projects

What scams do I run?

Cohenburg. Is that a Jewish name by any chance?

These screenshots have clearly been digitally altered (and quite poorly at that). Anybody with even a bit of training would come to the same conclusion.

Source: I work in digital forensics for one of the big 5 Wall Street firms.

These screenshots have clearly been digitally altered (and quite poorly at that). Anybody with even a bit of training would come to the same conclusion.

Source: I work in digital forensics for one of the big 5 Wall Street firms.

This poster is a poser.

My brother’s friends sisters father-in-law works in digital forensics for one of the big 5 Wall Street firms.

The OP’s screenshots are bona fides.

This poster is a poser.

My brother’s friends sisters father-in-law works in digital forensics for one of the big 5 Wall Street firms.

The OP’s screenshots are bona fides.

Yes They’re bona fide fakes. This person is more than likely a competiting real estate agent trying to drag the Cohenberg name through the mud.