please read the actual post and not just the title before responding.

i’m trying to see if there are groups focused on the kind of activity i enjoy.

i’m a returning vet and have been away for several years (pre-citadels).

let’s start with some dealbreakers and a quick filter.

things i would prefer to never hear again:

i die more and more inside every time i hear those things.

things i love to do:

i doubt this needs to be said, but if you want to know:

this may be the ideal nullsec camping situation for me:

i did roughly the above the last time i was active for a substantial period and it was the most fun i’ve ever had in eve. according to the killboard, this was in 2013, when i was in goonswarm and ran daily with a “black ops” gatecamping group. i’m curious about whether there are groups dedicated to this.

communications can be directed to:

Hey mate would you br able to join our discord for a chat?? 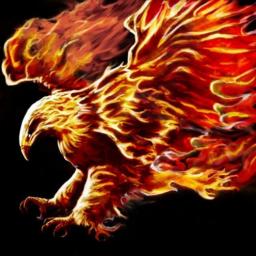 Check out the Darksider Inc. [DKSE] community on Discord - hang out with 19 other members and enjoy free voice and text chat.

Hey mate would you br able to join our discord for a chat??

i checked out DKSE on dotlan and zkill. for a number of reasons, i don’t think that this corp is what i’m looking for unless i’m missing something and you intended to refer me to some black ops group outside of the corp. otherwise, thanks for reaching out.

Did you read my mail or take a look at Bad V.? I think you could vibe real well with my corp and its members, we suit your play style.

Well, I dunno if we can help you with all of your list but maybe some of it. [USTZ] Know-Nothings, [KNONO] Pew harder!

Did you read my mail or take a look at Bad V.? I think you could vibe real well with my corp and its members, we suit your play style.

Haven’t had much time for eve recently. But either way, I got back to you in-game.

Well, I dunno if we can help you with all of your list but maybe some of it. [USTZ] Know-Nothings, [KNONO] Pew harder!

I prefer to stay away from lowsec - don’t like dealing with standings and I prefer the way pvp works in null/wspace. It also doesn’t match the kind of activity I’m specifically looking to do with a group. Thanks for reaching out though.

recently updated the title and OP to be more straightforward about the kind of activity i’m looking for and turned the long paragraph into a smaller paragraph and another bullet point list. thought you’d like to know. heard you like bullet point lists.

still looking for groups that do what i love.

perhaps i should open up my post to groups with a regular gatecamping focus as well. but of course, trying to do that next to a big group’s staging is going to mean getting hunted. getting hunted without a cloak obviously sucks. and if using anchored bubbles, they’re just going to get destroyed by said big group.

though, i do really like doing normal gatecamping as well. it gives me plenty of opportunity to use my combat probing skills against perch/tac users.

regular gatecamping is potentially viable further away from a group’s staging and perhaps best at a null/ls border gate - like d4ku/hophib in fountain, 1-smeb/sakht in delve, hed-gp/keberz in catch, etc. it could also be viable closer to the staging if you have tons of anchorable bubbles to burn.

still looking for groups with this kind of focus.

the big fight in y-2 was fun today. went there solo and had some fun pvp. would’ve been amazing to go with a group instead and to also have been a neutral 3rd party at the same time - it would’ve increased the volume of kills.

super tempted to join the trig effort in niarja today. it should result in a great system to gatecamp in if it falls to final lim/fake null or even just ls.

got to niarja area way too late last night and never managed to join up. sucks. at least i was a part of it in spirit and watched the entire time.

after niarja flipped and i was thinking for a bit, i realized that i had completely forgotten to mention camping other high traffic locations: wormholes near jita and thera exits near jita. saw a korean group called Guerrilla Gardening camping the thera exit 2 or so out from jita that i wanted to use last night, which seems like a great idea.

and now, we have a high traffic final liminality trigsec system: niarja!! and it has looked really fun today.

also, this is now just a pseudo blog apparently.

Hey man. You actually might be exactly what I’m looking for. I came to highsec a few weeks back, found a crew and have been showing them wormhole mechanics. I am a huge pvp player. with a twist… I ■■■■■■■ hate roaming. I follow people in wormhole space, find out where they live, who their friends are, how many and active times. then i set a trap somewhere in the chain to kill whatever strays from the pack. I hate bashing, and if your ship gets the job done, I dont care what you fly or how it’s fit.
I need 3 or four more guys that are patient, who like maximizing kills and otherwise instilling panic on wormhole corporations. Admittedly this new corp is just now getting off the ground with corp activities, but if you look at my personal boards you’ll see that I average 5-6 kills a night in wormhole space (forgive the last month or so 6 months prior to that, I was offline after leaving my old wormhole pvp corp.) We are late night US tz mostly Eastern I am MST. we are up during your play times. If you have a minute, I would like to talk with you. Discord

I respect what your focus is on doing and I appreciate that you took the time to write this post, but I’m not so sure that what you laid out is aligned with what I’m looking for. Your description translates into a lot of effort, time, and investment. My personal opinion is that there is much “low[er] hanging fruit” content out there that produces a substantially larger volume of kills for minimal effort and relatively low time investment. A group that focuses on the content I laid out in my post is what I’m looking for. That being said, thanks for taking the time to reach out - I appreciate it.

This can also serve as my daily bump! Still looking.

Join UNKSO in Fade and help protect our miners!

Join UNKSO in Fade and help protect our miners!

This is also my daily bump! Still looking.