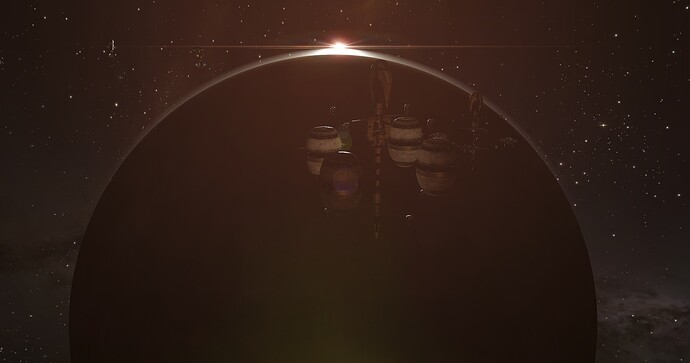 So this is gonna be a bit of an unusual post from me, but I figured I get some thoughts out here as I’m out camping out in my Prospect in Stain to help out with the gate construction effort because why not? These gates are gonna be built, so might as well not drag my heels. Time In Venal taught me something about mining in hostile territory, so figured this is where I’m most useful.

And in the process of helping out and mining up some ore… I’ve got to witness the absolute fearless badasses of the Imperial War Reserve stationed out here. I don’t think people across New Eden realize just how much of a shitty assignment these people were given compared to the crews of other gate ops. A shitty assignment, but these people are making the best of it and I got nothing but respect for the IWR stationed out here.

Out here in the ass-crack of STAIN.

Federation are operating in their own waters with some Serpentis fuckery.

Republic is building a gate in the comfort of their own space and the ironclad fortress of CONCORD.

State are working on their home turf and the space of their allies.

And the Amarr are working out a Tash-Murkon Low security backwater AND ■■■■■■■ STAIN.

Let me just elaborate that in the short time I’ve been here. I have never felt so isolated and discomforted in a region of Null security space before. I’m not concerned about the Capsuleers that try to hunt me down, their motives are typical. As I mentioned, I’m camping out in my ship right now with a cloak running, you think I’m gonna trust these stations Nation’s running? Nah I’m good - I don’t care about what Capsuleer privilege affords me, I’ll keep my distance.

I’m a Capsuleer too… So I gotta wonder what kind of effect this has on the standard man and woman of the IWR that got shafted with this assignment. No doubt loads of them are taking this in stride as they show up to defend any claim I’m working.

It’s kinda ■■■■■■ when you realize one part of the IWR are in Amarrian territory while another half is in god damn Stain- operating out of a corner with all manner of threats surrounding them. Running a mining op that the Sansha really don’t wanna see happen and cut off from civilization where the water doesn’t have nanites in it.

The people running all the other gate operations across New Eden at least have the comfort of being a stone toss away from their home. These bastards are light years away in the most hostile territory you can imagine. And it’s no surprise the Amarrians already have people out here, but all those operations are targeted and razed by the Capsuleers pulling in work for the Nation… This ain’t exactly the friendliest place for Amarrians.

I for one don’t care if they are Amarr, they’re human just like me and I’m not letting their insignias and loyalties get in the way for me expressing some respect I got for the people who are out here and operating without any fear an fed limited Capsuleer support.

I can say for certain that these people out here in Stain are gonna be the ones to truly appreciate a new gate when it let’s them finally return home.

I hope they get hailed as Amarrian heros. Every last one of them. If the people working the Tash-Murkon side get medals before any of these people in Stain, I’m gonna be the first person to say how that is utter ■■■■■■■■.

Listen - Whatever company operating in Amarr Space that makes holo-reels. Hear me out and write this down, this idea is for free.

Once this op is done, you get in touch with the people in charge with this operation and get their stories, maybe interview some of the rank and file with an interesting tale, right? You guys need to make a movie about these brave sons of bitches out here in Stain - backed into. corner with nothing but lasers and god on their side having to make this gate happen with all the odds being against them - cut off from their homeland and with their only way back is to see the job done so they can be reunited with their people after all the pain and losses they’ve suffered in the darkness of Stain.

This is the story that needs to be TOLD to the future generations of the Amarrian Empire. Forget that this is an idea being presented by a scumfuck Guristas sympathizer and just take a moment to realize how much of a damn inspiring tale this is gonna be to show the people in the Empire how fearless the IWS

If you do it RIGHT that is.

Do it wrong and I’ll be visiting your office very disappointed.

I’d bankroll the film myself if a studio getting Guristas money wouldn’t bring tremendous heat down on it. So my encouragement would have to do.

I’m putting in what work I can to see this gate built so the men and women of the IWR can get the hell outta here already and back home. This is prolly the longest week of their lives so far.

And I know I sorta glanced over this at first, so I’ma make up for it by mentioning at the bottom here… Yeah, no doubt the IWR is using some slave labour out here. I find it distasteful, no doubt. And I know that would sour how people will perceive the efforts out here. It is shitty that they would be shipping them out here of all places, but thats even more reason why I’d want to see them outta here sooner too. And I’m hoping… If the Amarr Empire is any decent, they’d grant any slave that makes it out of Stain alive their freedom. It’s what they’ll deserve after this.

so figured this is where I’m most useful.

Didn’t you hear… the Empires are getting these things built, whether we assist or not.

We’re far from useful. They’ve relegated us to nothing more than a sideshow.

Time to revolt against the Empires I think, although on the basis of recent decisions by the stupid bureaucrats, these gates likely won’t even power on.

the Empires are getting these things built, whether we assist or not

Of course, As I said

These gates are gonna be built, so might as well not drag my heels.

I know full well regardless if I pitch in, these things are still gonna be built. They want this gate, they’re gonna make it happen. I’m just out here to maybe get it done faster. I don’t want these people out here any longer than they need to be. If i dump some extra materials to help them out a wee bit? So be it. They are paying me for my time, so hey, all works out in my opinon.

these gates likely won’t even power on

Well, hope they got a plan be on getting out of here… Maybe I’ll stick around and help scout em out. We’ll see if I last long enough before another Capsuleer catches me sleeping.

There is absolutely no way this insanity would have been allowed unless (1) Nation infiltrators had managed to get their idea pitched or (2) the Empress wants more capsuleers to sack Stain for all its worth. Come to think of it, she is from the House of Tash-Murkon…

There is absolutely no way this insanity would have been allowed

IT all comes off as a PR stunt - which by design can be considered a bit crazy and reckless of an idea. Though I’m gonna assume the Amarrian military is gonna treat this connection with some severity and ensure this doesn’t backfire regardless of the chances with what gate regulations are in place.

the Empress wants more capsuleers to sack Stain for all its worth.

Didn’t you hear… the Empires are getting these things built, whether we assist or not.

We’re far from useful. They’ve relegated us to nothing more than a sideshow.

Time to revolt against the Empires I think, although on the basis of recent decisions by the stupid bureaucrats, these gates likely won’t even power on.

So you’re personally offended that nations with trillions of citizens/subjects don’t absolutely need capsuleer assistance to do something they’ve been doing for over a thousand years?

I mean, if they did need the help of a bunch of infantile murderhobos with inflated egos to carry out one of the basic functions of government—marshalling the aggregate resources of the people to complete a project far too large for most private agencies to attempt—that’d be pathetic.

Well, looks like the mad mining rush is done and the IWR gots all the materials they need, maybe even some extra. Looks like I’m even gonna be credited as the 7th biggest contributor to the F7-ICZ gate’s construction.

And looks like this gate’s construction is gonna take longer than I thought (It is a gate afterall) so guess there’s nothing left to do but pack it up and make the long trip back home.

Was a pleasure working with the IWR. 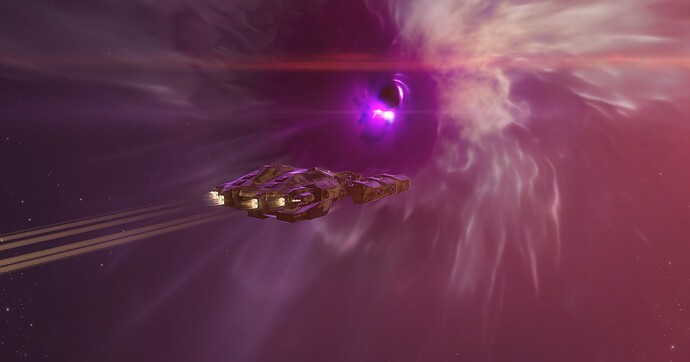 Also, little sight seeing on my way out.