"A toast to the future residents of Venal!" 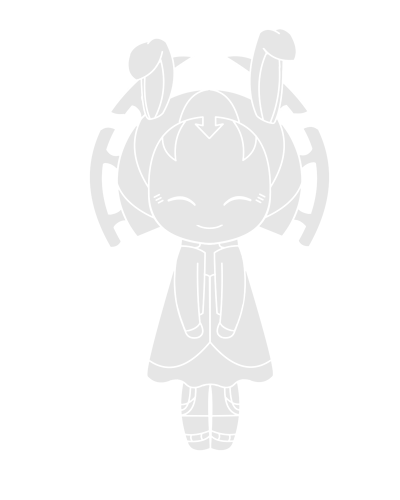 "We’re a team, him and I. I’ve had an influence on how he views the world now - yes - but he is far form just being a puppet of mine. He is in fact, my equal. Our only difference being our status… I I meet and talk with the common man, while he’s high above the clouds rubbing shoulders with the Elite of New Eden. Together I think we’re capable of wonderful things, yet he’s always so hesitant. Always nervous about seizing an opportunity in the moment… I’ve had to do my part and help him with this, to enable him to be greater than what he is now before his potential is wasted…

“A toast to the future residents of Venal!”

“Suha? Didn’t know you were stopping by so late… And you brought gifts? Flowers, wine, chocolates…This is certainly a surprise!”

“Don’t get ahead of yourself Avio, these are for me.”

"Yes, a little gift from the CEO of Sorn Interstellar. Dropped off along with all the food, water and medicine her corporation delivered to the Freeport

“Maira, huh? Well isn’t that just nice of her…”

“As if! Afterall I assume you’re here to at share it with me …”

“Maybe I’m just here to gloat! To announce that I’ve found someone more worthy of my heart! Who admires and showers me with gifts!”

“Oh come on, you don’t need to be eating or drinking all of that anyway… And maybe that bouquet has something you’re allergic to.”

“Oh fine… Have any glass cups here? I Didn’t bring any…”

“A glass is a glass, don’t care much for what shape it is.”

“Right. Now lemme see… Eh, how about these?”

“So long as it can hold liquid, it works. Now don’t forget a corkscrew while you’re over there.”

“Fabulous, now if you would…”

“Of course, of course… Just tell me when to stop.”

"I was wondering when you were gonna stop me… Dunno exactly how potent the alcohol in this wine is, but you don’t typically drink that much at the start… "

“I’m in good company, no better time to exercise my tolerance than now.”

“How about a toast?”

“Toast to what exactly?”

“A toast to the future residents of Venal!”

“Alright then. To Venal!”

“Tastes… Surprisingly more fruity than I thought It would. Was expecting it to taste stale and rancid given how old it is…”

“Firstly, wine is suppose to grow old. Secondly, you had it in your head this was gonna taste rancid, but brought it here for me to drink anyway?”

“WELL - It doesn’t taste rancid but… Like grapes maybe?”

“Wine is made from grapes.”

“Khanid brand I think…So what exactly were you up to before I came knocking?”

“Just looking over factory job orders. Seeing the progress on the manufacturing of some ship hulls. You know… Work.”

“You’re a hard worker Avio, I admire that.”

“Kind of you to say… Surely you didn’t just come here to talk about work though, right?”

“Unfortunately I have to talk about work… 'Tis the nature of things now.”

“Oh don’t act like that. Once I get business out of the way, we can move onto something more pleasurable…”

“Alright then, I’ll hold you to it… So what business did you want to discuss?”

“I hear you’ve been sneaking out more often to go help out EDENCOM forces in Caldari Systems.”

“When I get the time for it, sure… I’ll get an interceptor and fly down to State borders and try and report to the frontlines of an Invasion.”

“Absolutely! Having you be the one trying to protect the lives of State citizens would only hurt the State’s image… A known Guristas aligned Capsuleer rushing to defend Caldari citizens where their Navy fails? Why, it would make the Guristas look like heroes…”

“That’s part of the plan, it’s just again - Hard time getting out into State space and into a ship to respond to an invasion when I’m caught up here in Venal so often and working.”

“This is fine, I’d want as much work put into this region as possible anyway to ensure it’s more self sufficient by the time the State collapses.”

“You’re cock-sure the entire State is gonna fall apart from this?”

“Certainly you see the writing on the wall…?”

“Of course I do! I… Agree that the State is at risk of being consumed. Maybe that’s part of my concern…”

“Yeah… I kinda want the State to make a comeback in this conflict.”

“Well, it would be welcomed. Losing the State as a raiding target would have it’s own problems for the Guristas. Which is why I advocate for self sufficiency as soon as much as possible in the event they DO collapse…And if they don’t? We’d still be better off with new infrastructure…”

“I don’t trust the Navy to keep them Safe… Not in it’s current form. And Nannaras is in the middle of a low security backwater! No Capsuleer is gonna waste time out there fighting for a Navy that’s failing to pull it’s weight.”

“So let’s bring them out here…”

“It’s not that easy Suha. We’re talking about an entire damn colony! A colony we’ve put so much work into already! We can’t just pick it up and leave!”

“Plenty of uninhabited worlds in Venal… By now you should be able to claim whatever spot you damn well please for a new colony… Have you even discussed this with them?”

“I talked to Tokitu and the Patriarch… They’re not moving unless under immediate threat.”

“I… Agree. But I also understand… I like that planet Suha. YOU liked that planet too, didn’t you?”

“-and unfortunately the Navy is incapable of protecting said planet…”

“And that’s why I want to see them make a comeback… We’ll still benefit from all this Suha, I just want the Navy to FIX itself before the Trigs attack Nannaras… The damage in the State is already done, people are already starting to see past the illusion. We got what we wanted already… Now they just gotta clean up their act and hold the line if Nannaras is hit. The way i see it is that… I"m playing the villain I’m warning the Navy about in the first place that’s gonna take advantage of this unrest for the Guristas to pressure them into fixing everything that much faster… Not giving empty threats that the Guristas will just act on this, that I’ll do it myself.”

“-Then there won’t be a Navy left to defend Nannaras… I’m trying to get what I want and still get you what you want.”

“Look, I tried to talk to them. They’re not trying to shove people into Guristas space just yet. They need an immediate threat from the Trigs before they can jump off that cliff… They’re at least open about it, I’ll say that much. They’re grateful you and I managed to clear the way for something like this… Create an escape route for them.”

“You’ve done far more for them to be grateful for than just making some escape route.You’re, the entire reason that little petty state even exists…”

“… Maybe you should be Patriar-”

“Oh come on, merely teasing! Loosen up a little… Here, have some chocolate.”

“I honestly love that about you Avio… Always so loyal to the people close to you. Sometimes however I feel as if this loyalty makes you feel obligated to stay in your place and follow their lead and use your talents to benefit them instead of yourself. I get the impression that you’re lost without having someone to follow and work for… Tell me Avio, do you take orders from me?”

“You don’t have to be just another subordinate Avio… You can be in charge for once.”

“… I never liked the idea of being the leader. Never wanted that kind of responsibility, not in this line of work…”

“Yet I also hear you’re breaking out of that shell in taking charge! You’re stepping up as commander for EDENCOM fleets, no?”

“…Well yeah, I have. It’s nothing super glamorous though, tedious work mostly. Nothing on the scale as Capsuleer conflict…”

“Baby steps! You’re learning to be a leader for once… Formalize yourself with the role no matter how simplistic it is. Consider it all practice until you’re ready for a real challenge…”

“I plan on keeping at it to get better yeah… Who knows? Maybe I’ll end up leading a few fleets for BOSS down the road.”

“…So, is that all the ‘business’ you wanted to discuss?”