Then these effects were removed almost one year ago. Sleeper drones became black, Sansha ships and the Vherokior skin became green.

Today I noticed that sleepers got their oily colors back. 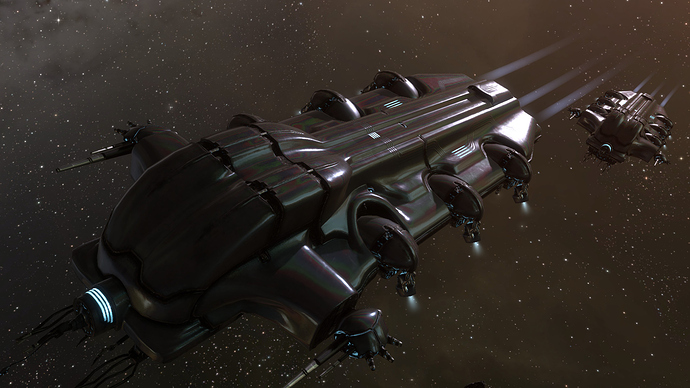 I think it would be great if the Sansha ships and the Vherokior Probe would also get their old paint back.

I liked my oily Nighmare. +1