Cannot login with my STEAM account after today's launcher update 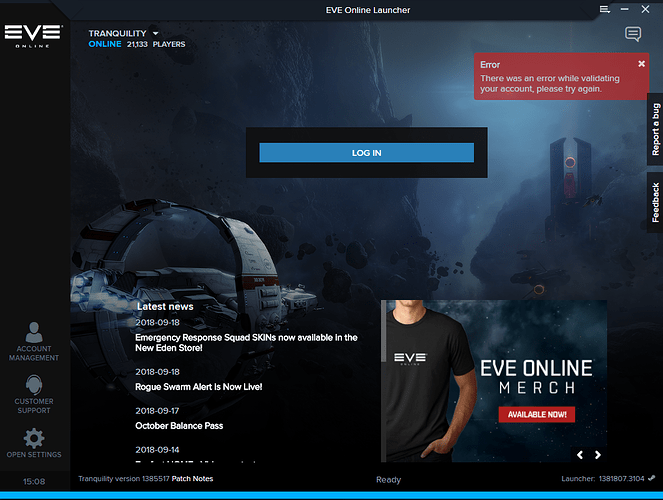 another day of this crap

yup i get the same thing.

+1 here. Connection dropped in all windows, then when attempting to relog - i see pic above

Looks like there might be a more general issue going on with the login server as well. Bunch of us in my alliance just got a socket closed and we can’t relog

Getting “error occurred while refreshing token.”

meanwhile eve-offline shows all servers up 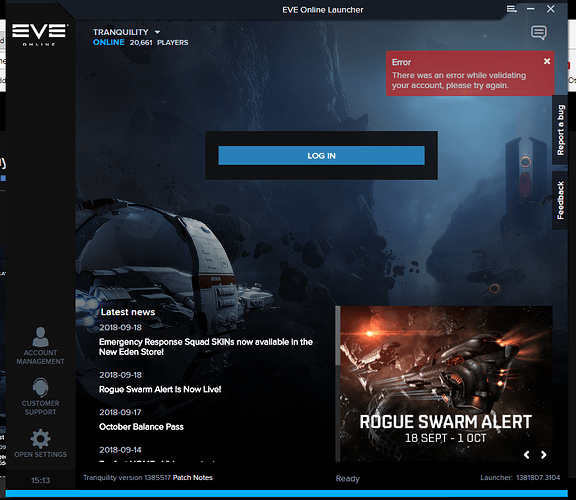 That’s right around when my characters all got the socket closed error. Clearly it’s your fault!!!

the onlinecount is minimizing, probably there will be another severcrash

My evil plan is working I see 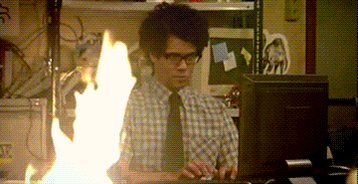 Given that the number online hasn’t dropped below 18k, it does seem to be limited to a few of us.

Having the same issue. I deleted my accounts on the launcher and tried to add them again and its not adding the accounts back.