im interested to join, a bit busy today so cant discord and etc. your auth page not working. will discord you tomorrow i guess 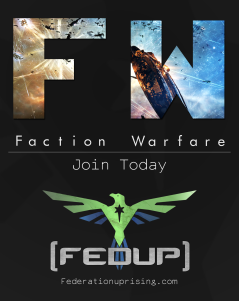 Are we still recruiting, you ask? Yes, we are.

Took out the Retributions tonight. Wiped out a 15 man Caldari gatecamp, got hotdropped by Salt Farmers in carriers and dreads, and then proceeded to kill an additional one billion in randoms. Not bad for a two hour roam, lots of fun!

Know what would have been good though? More Retributions. Join.

Wiped out a load of Caldari in Tama yesterday afternoon. Went hunting for a Harpy fleet, ended up demolishing a Thrasher fleet instead (along with several other juicy targets), again using the Retributions. Starting to wonder why people fly ships other than the Retribution…

Small T1 frigate roam after that and an Interceptor fleet in null for the late evening. Not bad for a Sunday.

Still recruiting! Quiet two nights, should find ourselves busy in the next few though!

content, and never mind all the kills we got last night in a big massive tidi slugfest with 4000 people in local.

Had some good nullsec action yesterday. Who knows what we’ll do today? Join and find out.

Had some good lowsec action yesterday. We might do even more today. Wah. Still recruiting.