In celebration and honour of the YC124 Union Day the LUMEN Caldari Contingent is once again sponsoring a contest for inspiring and patriotic works. New for this year is that aside from written works in the form of short prose and classic poetry, patriotic and inspiring posters are also eligible for entry.

This event is open to Citizens of the State and non-citizens alike*. The purpose of the contest is to celebrate and illuminate the culture, history, achievements and way of life of the Caldari people, the State and the client states, remembering our past as we with strength and unity look to the future.
Entries should seek to reflect that.

Prizes for the top entries are:

Individual judges may award further prices at their own discretion to works they deem deserving of special recognition, The prizes may be updated.

Rules and limitations
Posters submitted should be held to a standard of decorum where they could be displayed in public to all audiences.
Written works should be no longer than 1000 words, there is no minimal length.
Multiple submissions from the same person is allowed, however each entry will be judged separately.
The intent is that works submitted to this contest are made to celebrate Union Day YC124. As such, already existing works should not be entered (this is requirement is waivered for works published relatively recently)
The panel of judges reserve the right to disqualify any hostile or inappropriate entries or contestants.
All members of the panel of judges, including observes, are disqualified from submitting works to the contest.

Judges for this contest are from the LUMEN Caldari Contingent , I-RED and SPD

If there are any questions in regards to the contest, you may contact me.

The living culture of our people is our most precious possession. It has persisted unbroken from the time of Raata through collapse, subjugation, exile and a hundred years of bloody war.

It is a solemn privilege for all of us to continue building on the foundation of our ancestors’ sacred Way. May Cold Wind play muse through your words. Moitte.

I would like to submit the following entry: Color Bands 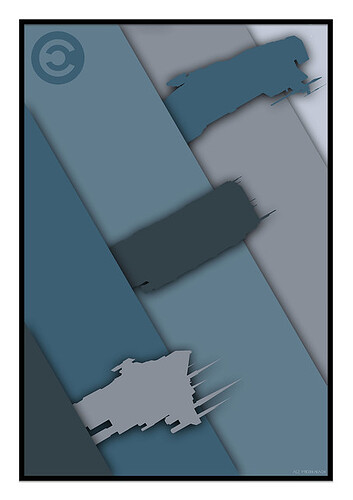 I would like to submit the following entry: Service to the State 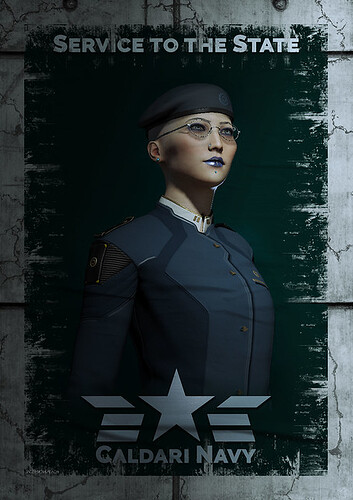 I would like to submit the following entry: 8 megacorporations, 1 workers union, 1 country, part A and B 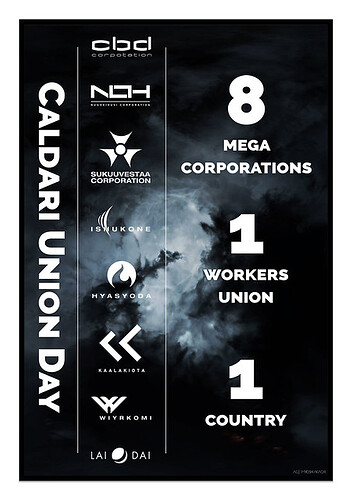 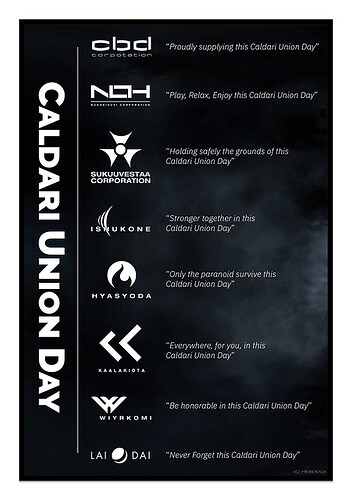 I hope I didn’t miss the deadline! I’ve been so caught up with Union Day celebrations this week and last week. Anyway, I present my entry, Unity in Eight Stanzas:

The Black Rise rising,
Embattled but forever
Determined to thrive.

Storm bear sleeping warm,
As Cold Wind sweeps up above.
Peace in the mountains.

Much activity -
Machine cogs forming as one,
Lonetrek stirs to life.

Ghost bird soaring high,
A screech no one can deny,
Guardian always.

Steel fortress, so strong,
The might of The Citadel
In Caldari hearts.

Emperor bear up
And ready, for the call of
A new dawn beckons.

The Forge, like others,
The heartbeats of trillions
Together as one.

Eight corps, one people,
This is and always will be -
The Caldari Way.

The contest is now closed for further entries.
Results will be announced in the near future.

The panel of judges has come to an accord.
The results are as follows:

Congratulations!
Prizes will be contracted shortly.

As well as the non voting observer and advisor,
Lunarisse Phonaga [SFRIM][LUMEN]
And to I-RED For contributing the ship prizes.