Covert opps class redesign to be more comparable to Astero

The current event has shown how small the options are for exploration + pvp, pretty much its only the astero, a normal ship doesn’t have enough bonus’s to be able to scan down the site’s and covert op’s ships like the anathema stands 0 chance against an astero.

The astero is an absolute monster, it can tank another of itself for 5-10 minutes np which allows plenty time for calling of reinforcement’s.

My suggestions:
Increase build cost of covert op’s ships so that they cost a similiar price to the astero hull.

Astero - 1 mid slot + 1 high slot, this will allow for less cap stability and more neuting power resulting in faster fights and less chance for reinforcement’s to arrive which will result in more good fights and less blob’s.

Covert ops more utility high + damage + Powergrid at some sacrifices to cpu. mid and low slots at a min of 3 mids.

The astero is alone in its class but that doesn’t mean that covert ops require that sort of rework.

Asteros are at the core just t1 exploration frigates with a cloak, drones and a hefty tank.
Covops are much, much better at scanning (something that becomes apparent if you live in a wormhole, mapping a chain in an astero gives you a stroke compared to a covops).

They should bring covops up to speed and rebalance a little so it’s for one not the helios and the bad ones anymore, with the exception of hero tackle cheetah, and allow for a sensical tackle fit, but they have no business with both a significant scanning bonus AND 1v1 capability.

My first covert ops was the Cheetah.
I loved that ship for some reason.

In light of your thread I’ve looked for PvP videos containing the cheetah …
… and in the very first one a Cheetah kills an Astero.

One of his video is named “29th KillMark on my Cheetah”.

In light of this finding I’d like you to explain more about why they need a buff.

Not even saying I’m for or against it.

A decently fit astero fights back against T3Cs, spits on sabres and mauls cruisers to shreds, that a cheetah can defeat an astero is rather due to your average astero pilot having no clue what they’re doing

He fought (at least) twenty nine astero pilots in a row …
… who all didn’t know what they’re doing?

If you look closely, somehow he doesn’t even have to disarm the astero to be able to bleed it dry of cap boosters. That’s not 29 in a row, but 29 in full exploration fit, when an astero can just swap its web for an analyzer.

I’ve seen that astero fit kitchen blog on reddit that also does exactly these mistakes that get your astero killed.

Still a nice kill but I mean: 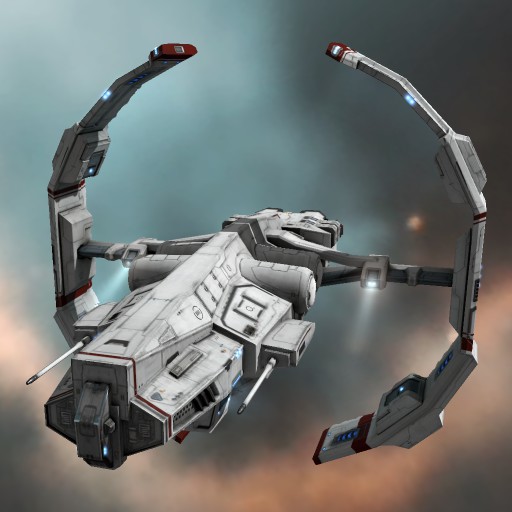 That was a new guy with a terrible fit, a normally fit astero could tank your 60 dps cheater for about 20 minutes no problem at all.

I’m surprised you guys are fine with only 1 ship being viable?

Isn’t the point of sig’s in space with value so that it can spark off fights? If a ship can’t even defend it self then what is the point. I would rather have a more diverse exploration meta than a stale one with asteros everywhere, just my opinion.

I mean compare the helios to the astero 25 bandwidth 75 drone bay compared to 5 bandwidth 5 drone bay, its a little rediculas how huge the difference is.

I’m surprised you guys are fine with only 1 ship being viable?

I’m not actually against this.

You made me remember my old Cheetah.
I’ve only ever flown it in my early days,
but it was my very first t2 ship and I’ve skilled “hard” for it.

I consider the idea of exploration fits to be closer to PvP fits a good one …
… and improving their combat capabilities might be a nudge in the right direction.

It’s been years but doesn’t the Cheetah end up having a really high scan as a trade off for its relative weakness?

It’s been years indeed and I have no idea.

I mean sure but what really requires all that scan, I pretty much dont even have my specs at 4 and can scan everything pretty decently with a combat fit astero, with the harder sites just have to go lower once capped at 0.25.

Maybe for combat probing it would be worth but if that is their niche maybe they should get a combat probe launcher fitting bonus.

I mean sure but what really requires all that scan, I pretty much dont even have my specs at 4 and can scan everything pretty decently with a combat fit astero, with the harder sites just have to go lower once capped at 0.25.

Plenty of people. Try living in WH space awhile. being able to lock up half the sigs at 2au is a huge timesaver.

Honestly IMO it’s fine that different ships have different roles. The astero being a faction ship has more combat ability. It has a trade off of being more expensive. Nothing wrong with that.

Right but that is a choice, which is kind of the point of things. Intentional Imbalance adds to the game by giving us choices and covering special case uses.

Normalization is the enemy of game design. This is why 1v1 balance should never be considered an important criteria. Balancing 1v1 is what caused the ECM nerfs 2 years ago.

There isn’t much wrong with covops, they fill their role well enough (scanning), they just lack utility outside of that and any delivery outside of the current solar system. Covops have a warp speed fractionally faster than an Astero, but an Astero can be fitted for instawarp, and combined with the drones, the Astero makes for a much better scout now.

To all the people saying that covops is significantly better than scanning than an Astero, the basic numbers disagree, ;

I think Covops need a bit of love, not too much as they aren’t in a terrible place. Let the Astero keep its fangs, but I think the easiest solution to covops is to give them a better align time, so that if a player fills both rigs and all the low slots with align mods they can get a sub 2s align. Its not a gamebreaking change, and you could even build in an align time bonus based on the covops level of the pilot.

If you want to give them more to play with, I would love to see a 99% reduction in fitting requirements for the racial turret and a 20% damage bonus per skill level. This effectively gives you a cloaky frigate sniper (looking at the numbers, a double damage 1400mm without bonuses or gyros at 15km with hail will one shot a cheetah - I can see this giving covops counterplay to other covops)

Not sure if you are being disingenuous on purpose or just missing key details. Cherrypicking one component doesn’t tell the whole story.

First off, at all 5’s Just putting a T2 covert cloak, Sisters expanded launcher (necessary for combat probes) and a T2 rangefinding array puts an astero at 112.95% CPU before adding anything else. For a covert ops (such as a helios) the same 3 modules use up 66.21% CPU.

For fitting that makes a BIG difference.

Yes the scan numbers for that setup is ~10% better scan strength for the covert ops. Not huge but helps.

Lastly, a covert ops runs half the price of an astero.

Whats your point? I stated that covops isn’t “significantly better” for the purpose of scanning than an astero is, and you’ve come in, agreed with me, and called me disingenous.

I didn’t say it wasn’t better, I said it just wasn’t as good as it should be if thats its only purpose. The fitting issue on an astero isn’t really a concern; if you are fitting it to scan, you throw on a few fitting mods and can get its agility to below the 2.0s align, which you cannot achieve with covops, and is, in my opinion, and important part of the covops role in order to adequately scout. I would rather run an astero for combat scanning than a covops because of the added utility the astero has.

Whats your point? I stated that covops isn’t “significantly better” for the purpose of scanning than an astero is, and you’ve come in, agreed with me, and called me disingenous.

First off as I already stated, the Helios is still 10% better at scanning. You do realize how much isk people will spend via implants etc just to gain a 5% boost in a function? 10% is not insignificant in EVE.

And add to that (the disingenuous part) this is while the Astero cannot even fit those modules you claim without using up 112% of CPU. That means you need 2 T2 CPU upgrades in low slots just to get it down to 93%. Even then you can’t fit a single T2 analyzer without going over CPU again. Basically if you even want to run an expanded launcher on an astero you have to seriously gimp the fit to get any other modules on.

At the same time as I already said the Covops only uses up 66% of its cpu with the same modules.

So yes it is wholly disingenuous to try and compare scan strength with an incomplete fit and gloss over the fact that you can’t even run those 3 modules on an astero without going significantly over on CPU.

if you are fitting it to scan, you throw on a few fitting mods and can get its agility to below the 2.0s align, which you cannot achieve with covops, and is, in my opinion, and important part of the covops role in order to adequately scout.

It really isn’t that critical for a ship that warps cloaked.

Bottom line for it’s intended roles the covert ops is actually in a perfectly fine place.

The T2 CovOps ships are in a perfect place as they are, as cloaky noncombat explorers with very strong scanning capabilities. They even fill a fleet combat role as CovOps combat prober to bring bombers into position, but are pretty weak in combat otherwise.

It is true that the Astero is currently filling a near unique role as combat-capable cloaky explo frigate, shared only by the Pacifier.

I agree that it could be nice to have more ships that fill this role, but I think CCP should introduce new ships for that, as the existing T2 CovOps frigates already have a well defined useful role.

What can be done:
T2 ships are great in there specialisation
For CovOps this is (IMHO)

The Astero is a faction ship. There’s supposed to be a gap in capability to justify the limited supply and subsequent cost. I can’t say that I disagree with it being nice if they’d make such a change, but I don’t think it’s justified.