So I’ve been trying some low-sec mining in a Venture, just to keep my potential losses low. Sometimes I get a full orehold. Sometimes, I get busted due to lag or a mistake on my part. Sometimes it’s a cloaky ship, and it seemed I was doomed the moment I decided to no dock immediately.

Here is an old article on the belts.

The prices of ore didn’t go down since then, so the problem isn’t that ISK/m3. The two chief problems I have is that the belts are usually emptied out and cloaky ships.

I get busted by cloaky hunters if I don’t dock up whenever through traffic comes into the system (yes I know the safe way is to always dock up). There is a 6 second cloak targeting delay, cloaking V gives it 3 seconds delay between uncloaking and targeting. So why do I sometimes see force recons just decloak and pop me? There should be a delay between the time the ship appears on the overview and the time he can yellowbox me, even with an instant locker. However sometimes there doesn’t seem to be a delay at all. Why is this?

Most non-bomber covert ops ships will have a 6 second delay before they can start targeting. At cloaking level 5 (instead of 4) this will only be a 5 second targeting delay, but that is a long train so often skipped.

With 2x Medium Targeting Systems Stabilizer II rigs the targeting delay can be down to 3.61s. And with expensive ‘smokescreen’ cloak in addition to that it can go to 3.25 on a ship like the Arazu.

So yea, there should be a delay before any cloaky ship can start targeting your ship. Except for bombers and Black Ops battleships. The former are paper-thin and the latter cannot warp cloaked so they would need to be at your grid already in order to surprise tackle you.

So why do I sometimes see force recons just decloak and pop me? There should be a delay between the time the ship appears on the overview and the time he can yellowbox me, even with an instant locker. However sometimes there doesn’t seem to be a delay at all. Why is this?

Three options that I can think of:

Three options that I can think of:

I see why you would choose a Venture for lowsec mining. Anyhow, may I suggest the Endurance for that instead?

The Endurance was basically made for in hostile environment mining. Whenever someone would enter the system you are in, you press cloak and wait until its all clear again.

And whilst cloaked, the Endurance is a very fast moving ship. You get no speed penalty for moving around cloaked and aligning to a save spot somewhere.

I never lost one to player vs ship combat. And you have 3 times the ore bay and can have even a probe launcher for probing the system while you orbit a rock and wait for that ore bay to fill.

You should have at least 5-6s before they get a lock and point you, the rigs for targeting after decloak are rarely used.

There is a trick though that can mitigate the decloak delay - bumping the target ship. Given time, the cloaked ship can slowly approach very close to you, and as they decloak active MWD to push you into motion.

The bumping will probably prevent your warp drive activating long enough to get a successful lock and point.

This is usually a time consuming tactic though

I see why you would choose a Venture for lowsec mining. Anyhow, may I suggest the Endurance for that instead?

That’s what I’m going for! However I have a philosophy that when I buy I new ship it doesn’t cost more than 12.4% of my liquid ISK if I’m too afraid of losing it (reminds me I need to actually move some compressed ore). If it’s to defend a corp structure, or if I’m doing a solo roam where I accept I can win or lose, that’s fine. For an income generating ship, that’s too much eggs in one basket.

A venture can fit a cloak too in the spare highslot and achieve the same effect. Plus since it’s lowsec you might as well jet-can mine and haul with a miasmos rather than use an endurance.

For an income generating ship, that’s too much eggs in one basket.

I didn’t buy that one, it was in my inventory from rats.

Actually, what rats drops them? I frogot where I got them

I have cloak V and I’ve tried tripple targeting stabilizer rig fits with redundand sensor boosters before, but it’s all meeh.
Just use a bomber. I recommend this fit: 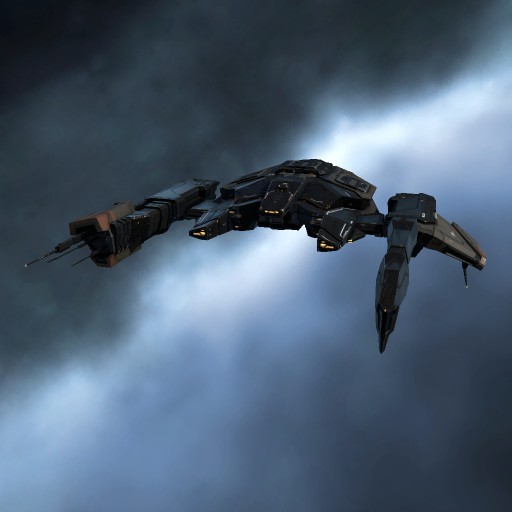 Works great against t2 explorers and ventures and prospects and all the other quickly aligning and/or cloaky stuff. Double scram’s there in case they have warp core stabs. And for Ventures, of cause.