Dispelling The Hype Over Alien Life

I could not agree more with Prof David Kipping. People who argue that there ‘must’ be alien life out there are really just showing confirmation bias and not proper maths. Being impressed with how many exoplanets there are is meaningless…because the huge number of planets may be outweighed by an even huger odds against life developing… 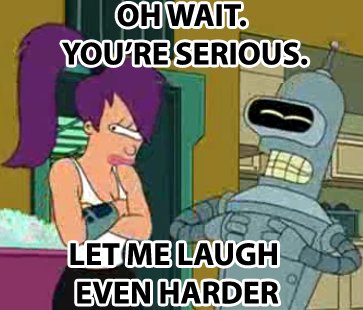 I’m still wondering if Prof Kipping stands in for Peter Andre in his spare time.

To put it with Arthur C. Clarke:

Two possibilities exist: Either we are alone in the Universe or we are not. Both are equally terrifying.

Yes, I’m sure that trillions of planets, stars, and galaxies exist across immeasurable distances just so we can sit here and die alone on the third rock from the sun…

We are a species that cut people’s heads off over religion and has an entire generation that doesn’t know which bathroom to use. I’d pretend we weren’t here, either…

But they are not and were not on earth I think. There are of course some people who will tell you they were here, like ancient aliens, but its easy to debunk those theories.

If they could have been here, they were in times when humans still didnt developed, and they were not doing here anything really. Just scanned it maybe and then left. I dont know why would they do that actually, so probably not ever been here for any reason.

Glows in what light and in what pattern? Its important so it will not be mistakenly recorded as a star or planet, or some other natural thing.

Have it spell letters you’re not mistaking that

Must be coded in some way, so even aliens can understand it.

Also, why would you want them here? We have enough problems with ourselves.

traded good, defusion of ideas, many things would be good about that as long as we don’t get the wrong ones that is

That is assuming that they would want to trade with humans for something. They may have different economic structure and tradition and will demand you supporting them, as they would be guests in your area and staying for some time. And in case you wouldnt want, or would want to hurt them, they will use some mind altering tool on you, so you will not be so xenophobic and then you will tolerate them, if you want or not.

Diffusion of Ideas may be very one directional, and could went very bad very short. Like what if they would want your wife or your girlfriend to have sex with them so they can have alien babies? They could then use a mind altering tool on you, so you will even want it.

oh god but like say water is rare there they would open traded most likely then haveing a war of the worlds as that would end in hell. But why do they have mind altering tools like I belive that is a bit to much towards sci-fi

I like to imagine that there is other intelligent life, but they are just like us. They are busy watching naked videos of each other and trying to avoid paying taxes. Far too busy to build a spaceship or a big telescope.

Also, why would you want them here? We have enough problems with ourselves.

Nice video, was interesting to watch.

I thought it was a good example of somebody just making stuff up and trying to impress his audience with how smart he sounds. He is an astronomer I guess, but he is also an armchair paleontologist and biologist.

“We cannot use any data from our own planet, because that might be causative.”

“The early start argument is devastating to my case, so I will move the goalposts on that one to only deal with ‘intelligent life.’”

He’s just saying that, since we don’t have any data on this, all assumptions about this chance are equally likely.

I interpret that as “they’re all equally unlikely and we really don’t know, so we cannot tell which it is”, which is a statement I completely agree with.

Which leads to his conclusion later on: we do not know if there is alien life.

A refreshing take on the same story by the other (more famous) people that were showed in fragments in the video that claimed there has to be other life, based on other calculations.

“We cannot use any data from our own planet, because that might be causative.”

Another good point by him, about survivorship bias.

“The early start argument is devastating to my case, so I will move the goalposts on that one to only deal with ‘intelligent life.’”