What is the approximate tank and capacitor stability of two Ikitsuras who are both remote repping/remote capping each other? For example, for that cost, I can field one Tengu that has an active 560 hp/sec tank, 30kehp, 700dps, 650m/s, and is 67% stable. (Or in other words, can also take some neuting and be fine).

I’m just wondering to how that compares to the spidertanking Ikitsuras. Any ideas? This would be for PVE mostly.

Well, your actual tank and cap stability can vary dramatically, but, in general, the Ikitursa is rather easy to get cap stable and can get an insane active tank.

For a frame of reference, however, I used the following fit during Guardian’s Gala.

Also, do note that dual boxing is extremely effective when fighting trigs because of their propensity to switch targets and break their spools. Oh, and the cap implant was probably unnecessary, but I already had them plugged in.

Anyway, I love the Ikitursa, and enthusiastically recommend it.

Very interesting! Thank you for the info!

So, do you really think the nanofiber is necessary? I can get 6k more EHP with a damage control II. Also, it looks like my maximum remote armor amount would be 127 hp/sec…that seems…really low. Considering the activate tank on my Tengu is 530hp/sec. Is my simulator (Pyfa) wrong? 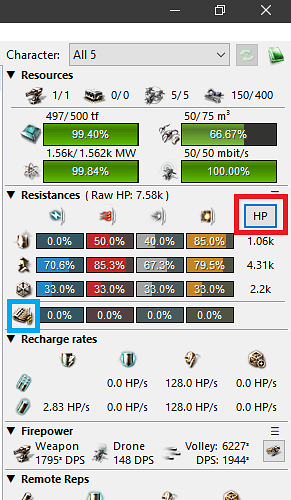 The nanofiber and Hyperspatial rig are by no means necessary. I put them on because the Guardian’s Gala event required a lot of flying around from system to system looking for event sites. So, I put them on to reduce travel time and increase my efficiency. I don’t know what content you plan on running, but the less travel time you do, the less important it is to move fast.

Find better results with polycarbon over hyperspatial, sure hyper increases your warp speed, but personally having a faster speed ( agility and velocity) more useful.

A combo of remote cap and rep is possible, though you’ll never get the cap boosts like a nestor or armour reps like a logi, but for an assault ship the default trig remote rep bonuses do help.
So a spider fleet will work, and with rep drones can make these ships tanky.

As for triple rad sinks, and occult ammo, sure great damage cycle up, but with the massive reduced range and tracking could be an issue, -30% tracking and the lowest ranged ammo @2km below teryon’s range, @ 6.5km with occult with max core turret skills and trig cruiser skills. Just something to think about when facing frigates in close range.

I mean, I tailor the fit to whatever content I’m running. For example, I fit dual webs and no prop mod in EC’s, which helps me to melt all the frigates that like to swarm.

So, it just all depends on what exactly you’re trying to do.

True, have Battlecruiser and Battleship setup for quick changes.