And this is how it was originally intended to look, showcasing the friendly Quafe Company with Crimson’s Girl and me wearing Quafe Tee Shirts and other NES Apparel items. 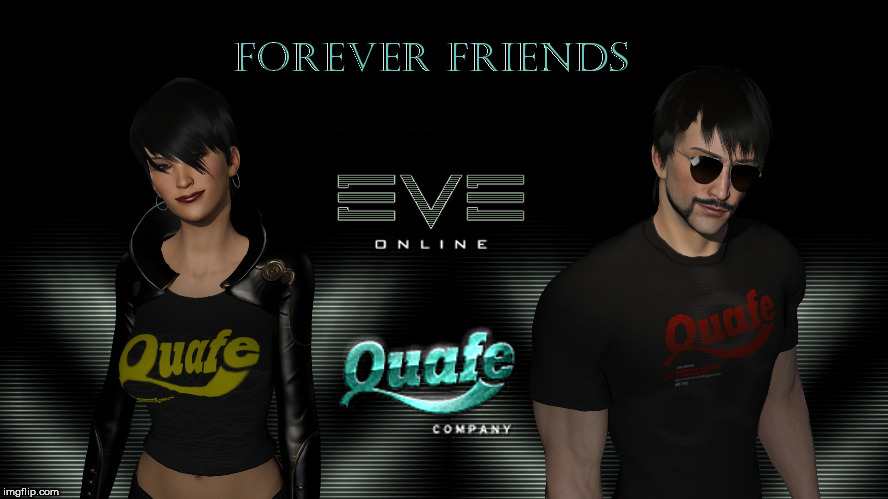 For quite a while now I’ve had this idea to create a series of ‘Greetings Cards’ featuring the various Factions of New Eden. 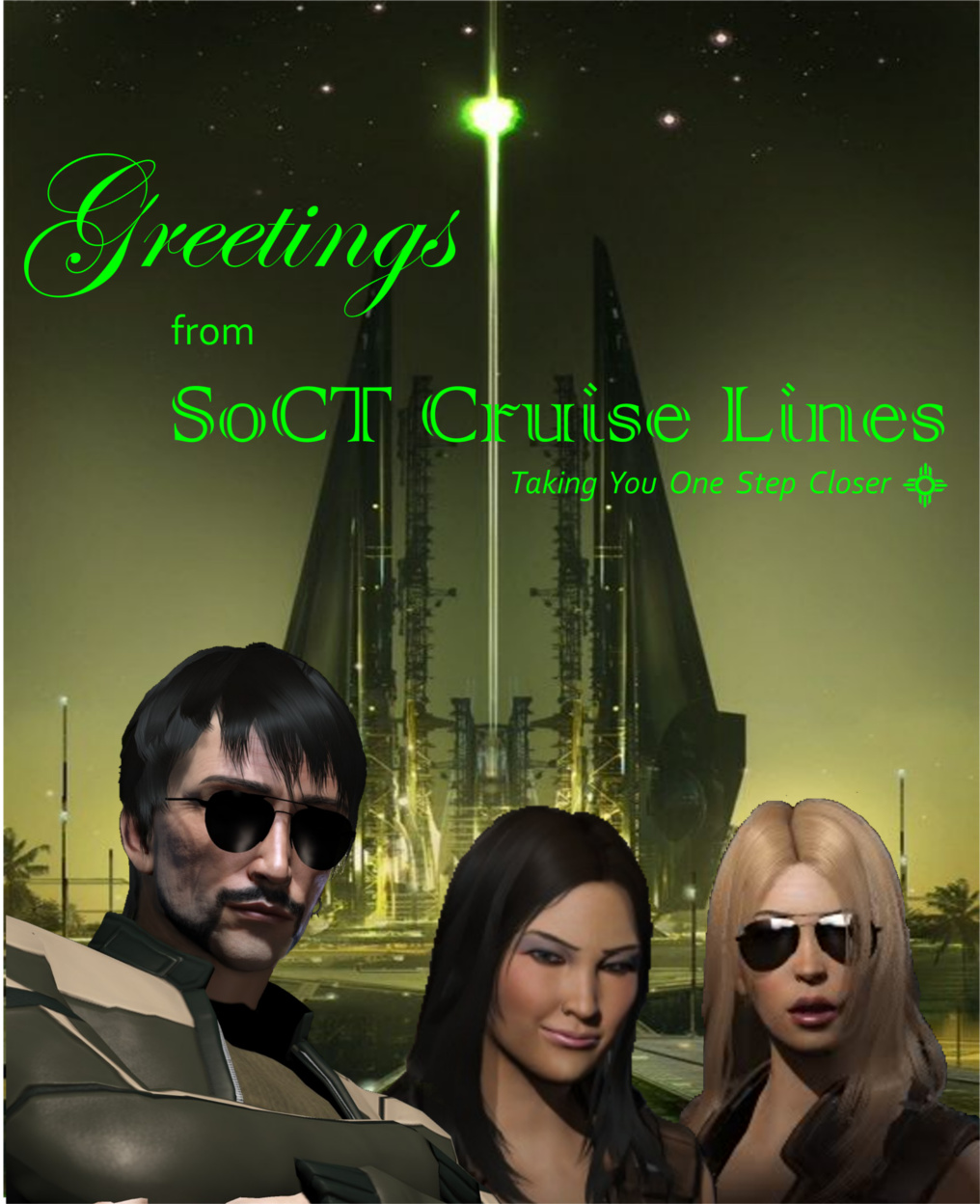 Thanks, I appreciate it.

There’s actually different types of meme’s. Basically a meme is an idea, behavior, or style that spreads from person to person within a culture, often with the aim of conveying a particular phenomenon, theme, or meaning represented by the meme.

As for type, guess I’m actually creating Image Macro’s - digital media featuring a picture or artwork superimposed with some form of text. Image macros often feature a “witty message” or “catchphrase”, although not all image macros are necessarily humorous. 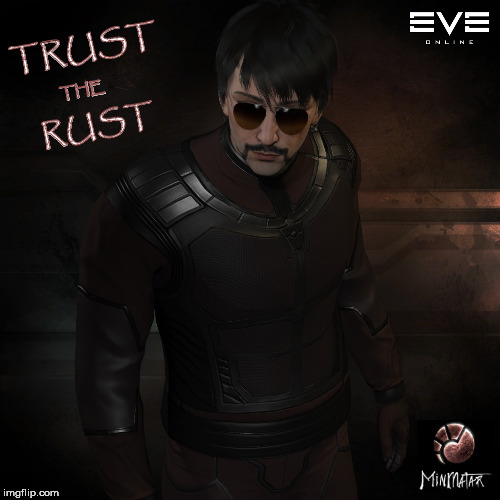 This is the first of a series I’m working on called Eve Character Scenes.
I first posted about it in this thread here. 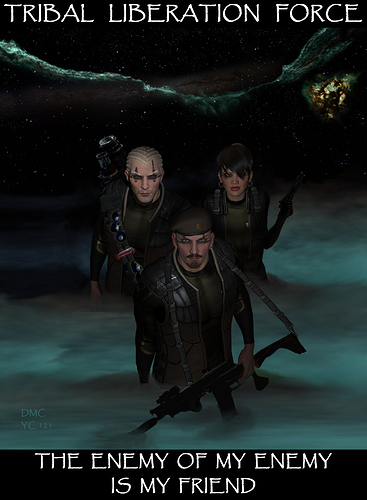 I really like this one.
It’s really good, though the hand/rifle part looks … wrong?

Thanks, I appreciate it. That Eve Character Scene took quite a while to create. Obviously since it’s my first one there’s room for improvement. Overall though it’s definitely a good start.

CCP gave all Capsuleers various gifts for this event ranging from Apparel items to Skill Points.
One of the gifts was this Permaband Tee Shirt and Hat. 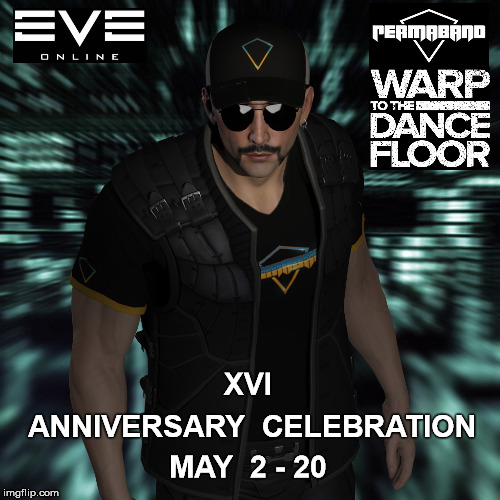 Here’s another Eve Character Scene I’m working on for Tribal Liberation Force. The location is a Dust514 Command Base. 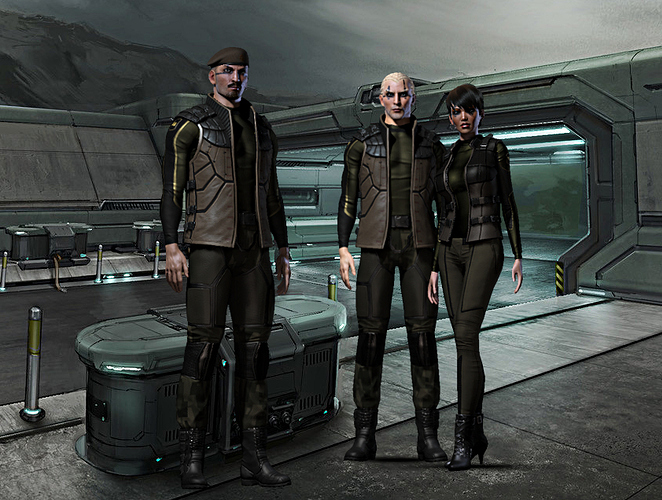 TahEue1.jpg843×636 514 KB
This is a full profile character scene to showcase their NES Apparel items.

Ok, in keeping with the Holiday Spirit I decided to go full on ‘Borg’ with this Eve Image Macro in celebration of Eve’s Halloween Horrors event. 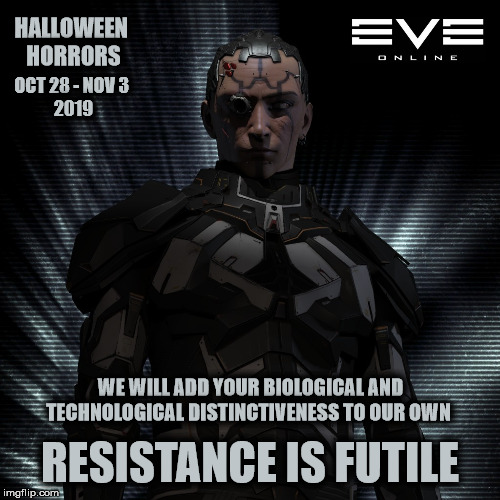 From left to right, Kaeoz, Karnage Inkarnate and DeMatar Clan. 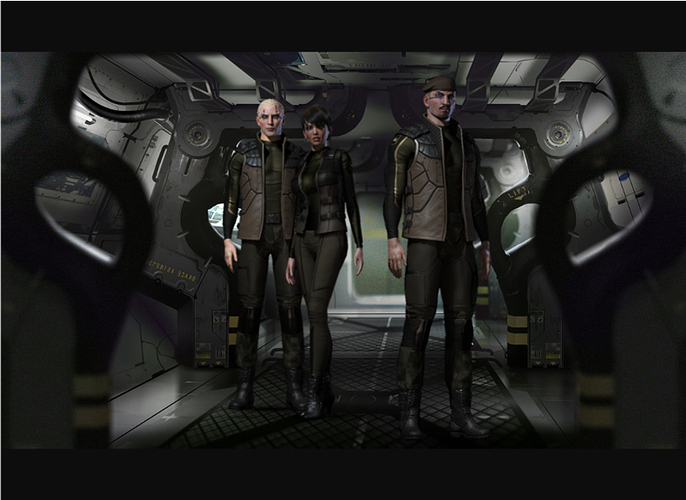 You are really good. im very impressed. Would you care to do something like this for me?

Thanks, I appreciate it.

I’ve been doing this in my spare time, basically learning how to work with graphics manipulation as well as experimenting with it at the same time.

Send me an Eve Mail in-game and tell me what you have in mind.

Decided to try something different with this ‘Eve Character Scene’. It’s not really an action scene per say, it’s more like a poster, a ‘Most Wanted’ poster. 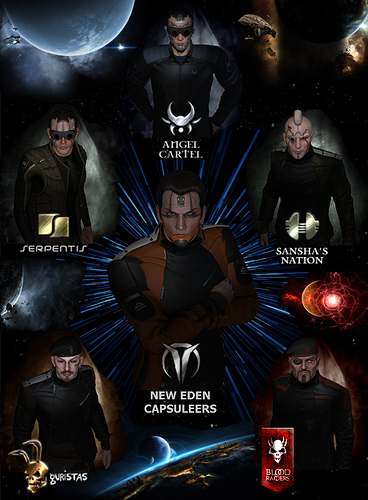 Due to the Triglavian and Drifter Invasions disrupting their operations within New Eden, the top Commanders of these Criminal Organizations are meeting in a secret location to formalize a non-aggression pact. 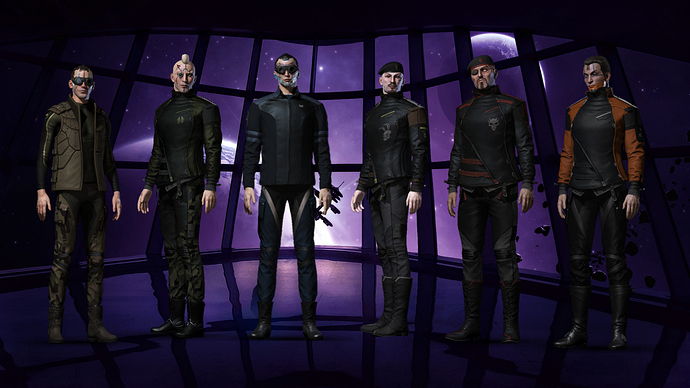 “This is EVE” vector graphics icon

I make no claims upon CCP Games trademark or intellectual property.
The linked scalable vector graphics file was produced for my personal benefit to further the beautification of my Ubuntu (19.10) GNOME desktop environment.
Feel free to share in this bounty via LBRY

"this is EVE" vector launcher icon .SVG from @symbolicmeasures on LBRY.tv

Scalable vector graphic file only. Derived from the official EVE Online bitmap icon and created as a replacment on my personal desktop Ubintu 19.10 Gnome. Now freely available for linux-folk who care ...

Umm, why did you post that in my thread?