Hello!
I run some problems. But at first i will tell you how i install EVE on Ubuntu 16.04 LTS.
Mainly i’m usuing tutorial from EVE University wiki.
Downloaded and untared application.
I updated nvidia graphic drivers to nvidia-396 from apt-get.
Updated wine to version 3.6 from apt-get.

How can i fix that two problems?? I’m trying to install EVE by exe from site by WINE, but it says i dont have some QT plugins or somethings.

Maybe someone can provide any tutorial how to install eve by wine and run it on dx11?

I’d start with sorting out the graphics driver first.

If you indeed have a GT740M and you have installed the proprietary Nvidia driver then you should in theory also see the right name.

See if you have access to the Nvidia settings panel. You can start it with nvidia-settings in a shell or find it among your desktop settings as an application. It should open it and tell you exactly which driver you have and your hardware identification.

Then I’d check if the Nvidia driver isn’t in conflict with the open source driver nouveau, which I’m guessing may already explain what you’re seeing. 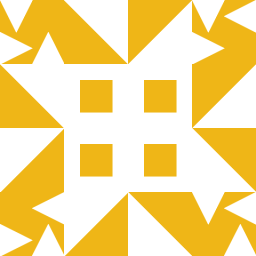 Install Nvidia driver instead of nouveau

Regarding WINE should you use WINE 3.0 or newer and ignore the old versions. Somebody else had a problem with WINE and his Ubuntu 16.04 and I’ve given a description of how to install WINE when directly taken from WineHQ here:

Game launches with CCPs wine, not my own Linux

You must have done something wrong. I’ve tested it and I can assure you 3.4 and 3.5 are working with “Windows XP”-mode. I’ve just tried it even though I’m fine with what my distro offers me. For anyone reading here, this is how you can install WINE when you get it from WineHQ… Assuming you have a 64-bit PC will you need to download 3 files: For WINE 3.7 on Debian 10 (“Buster”): https://dl.winehq.org/wine-builds/debian/pool/main/wine-devel_3.7.0~buster_amd64.deb https://dl.winehq.org/wine-bui…

You’ll find links to the Xenial files at the bottom of my comment. Let us know how you get along.

hello Sollete! we have spoken yesterday on eve linux ingame channel about an install script. maybe you want to try my setup script. i have it now stored of a site which are a friend of mine.
there you go: http://pasq.org/gharim/evesetup-dev_2018-04-22.tar.gz
beware it is in development so i garantee for nothing

Hello!
After installing it says i’m missing libssl1.0, but i have the newest version from apt

After installing it says i’m missing libssl1.0, but i have the newest version from apt

How exactly did you install it?

There are two ways of doing it. You either use the outdated Linux launcher and mess about with old libraries, or you get the latest WINE version and simply use the standard Windows installer of EVE. The later is the best way, but didn’t always work, which is why somebody made the Linux launcher.

Having issues with libssl sounds much like you’ve been choosing the path with the old Linux launcher. If so try to install the latest WINE and just run the standard Windows installer.

The missing librarys are stored in /lib/x86-64/ but the normal place where
under /usr/lib/x86_64/ a typical ubuntu special on my taste. With the last
incoming version 18.04 Ubuntu changed this behavior. (Thanks Sollet)

i have an updated script uploaded:
http://pasq.org/gharim/evesetup-ubuntu-dev_2018-04-24.tar.gz

Let me know if you have further problems with that.

What can i do with this?

installed from apt-get, still i ahve this message

installed from apt-get, still i ahve this message

It’s the same as with the crypto libs before. In Debian and other Distributions are the missing
translation file packed in qttranslations (packet names may vary) but the path are always the same: /usr/share/qt5/translations. Not in Ubuntu, the qttranslations package missing the searched translations qtwebengine_en.qm which are a place holder for all other localizations.
The warning at start can be ignored its just a warning.

I have build a new version which adresses the problems with qt5 translations and different
locations to be search for the crypto libs depended on used distributions.

evesetup will give you advice, which settings you can save before you made a new install.

I have my setup-script now tested on a shiny, new installation of Ubuntu 18.04. After installing of required proprietary drivers for my nvidia graphic card it works without problems. But Evelauncher looks ugly in this environment and have no dock icon which better fit in there. I will have a look on this maybe i find a solution. Does someone need desktop launchers for the eve tool scripts which the setup has created? Let me know, if thats the case.

Next build is incoming this time build on a Ubuntu system.

You it downloaded from

Don’t forget to read the Readme.txt. Maybe i should say, it is
a shellscript which means, open a terminal and do the job there.

After a bit google fu i find a solution for the ugly icon problem. The magic word
was StartupWMClass in the desktop launcher file from EVE Online Launcher.
Updated archives are uploaded the adresses have not changed.

I have my site updated with some screenshots and download links to the archives and installers :

Another update from my used scripts and a wall of text on my website where i explain, why i’m doing this and what the script are does.

Found a glitch where evelauncher hangs when wine versions have changed. The best way to avoid it is no more using the internal wine versions, only the version which come with the distribution or direct from WineHQ . Developer Script are updated, please have a look.