"I can't confirm or deny that…" 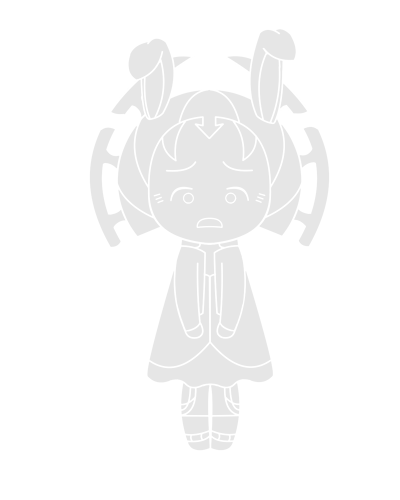 “The Prosperity Agency attracts a variety of different people with different skillsets beyond being able to shoot a gun and board a ship. That said, a good bulk of the Agency’s roster is comprised of Ex-Gurista personnel who’ve been exiled from the organization for failure and incompetency, or just failed to live up to the standards asked of them. Suha sees recruiting them as a way of retaining manpower for the Guristas, in reality it’s her sustaining her project off the scraps of a much more powerful entity. Gotta do what you gotta do I suppose… Not like I’m in any position to judge.”

“I can’t confirm or deny that…”

“Oh what’s that? Sleeping are we?”

“Well can’t have that now…”

< Utatis screaming in pain from electrocution >

“That’s the spirit! Can’t have you sleeping the whole day away!”

“Not like I’m going anywhere restrained like this… You’re here, so I’m guessing it’s that time of the week again. So let’s skip the banter and just get this over with.”

“You know, how do you even know when a week or not has passed crammed up in this cell? About the only indication you got of a day passing is my courtesy of saying good morning to you when I do show up…I ain’t ever here though so, how do you do it?”

“I’m given one meal a day… Seven meals? Means one week.”

“Well that’s one way of doing it.”

“Oh I’d love to Utatis, I really would… Sadly - for me - I come bringing… Good-ish news for you.”

“I take it there’s also bad news to go with it?”

“Honestly? Any news you get is better than your current position.”

“… Seems my big mouth in telling everyone here how much of a unbreakable and stubborn son’ova’bitch you are has gotten into some reports and someone higher up the ladder is a little impressed… Not impressed enough to forgive what YOU did, but enough to give you a bit of a uh… ‘Upgrade’ to your current situation.”

“Torture session every TWO weeks now? Moving on up I can tell…”

“See, that’s why i secretly love you Utatis. Always with a sense of humor… No, infact If you do what’s asked of you? Won’t ever have to see me or my little uh… ‘Friend’ here again. Hehehe…”

“What is being asked of me?”

“You’ve acquired a certain knack for running black ops and espionage in your time with the Dread Guristas, no? I heard you once went undercover for six months to get close to this Wiyrkomi Corporation Director, gained his trust and capitalized on it by luring him Into a trap to be snatched and taken off to interrogated for corporate secrets all without raising the suspicion of the Peace Corps… Stupid fucks thought he went on vacation you were so slick about it!”

“I can’t confirm or deny that…”

“Well you better start confirming, because that skillset is what Is getting you this job.”

“Which you still haven’t told me.”

“I’m getting there! Give me a second… You’re being asked to get close to this upstart in Venal.”

“What’s so special about this case? Plenty of ‘upstarts’ in the Guristas.”

"Some girl by the name of Suha Raibuya. Apparently she grew up on some backwater farming world in this region, left and is now just returning to this region with a bunch of cash and some spiritual mumbo jumbo, and a pet Capsuleer."

“Insignificant in the grand scheme of things, but yes… This Capsuleer is getting very involved in the region’s economy and this girl he’s answering to is gaining a fair bit of local support… Nobody is sanctioning a hit on her just yet.”

“But you want someone to figure out if a hit needs to be put out?”

"More or less… so far she or her Capsuleer pet haven’t gotten in the way of any of our operations and could potentially be of small benefit to keep around… But it be plain dumb to not keep a close eye on them, wouldn’t it?

“So am I stalking this target or what?”

“No need for that creep ■■■■, you’re just gonna work your way up to be just as close as that Capsuleer is…Be at her shoulder.”

“It’s gonna be the ■■■■■■■ order no matter how tall it is. If you were asked to assassinate President ■■■■■■■ Roden, you’d better believe we expect some plans drawn up within a week and a result by the end of the month.”

“Well compared to that example? My objective seems a bit more simple.”

“… So does this mean I’m back in with the Dread Guristas?”

“Only thing you should be worrying about ‘trying’ is trying to get as close as you can to this girl… Word is a bunch of washouts from the Guristas are flocking to her… Sounds like she’s putting something together with them and with your skillset… Should have no problems getting to the top of this pile of washouts and making yourself the king of fuckups.”

“You’ll keep your assigned handler informed on who she is, what’s she doing and most importantly where she is… and at any point she’s talking plans about stabbing the Guristas in the back? You kill her… No hesitation.”

“Standard Op, you cold ■■■■■■■■■■■■… Really, it’s more preferable if you just gain enough influence to steer her away from any trouble with us so we won’t have to eliminate her… Though we ain’t playing games if she starts getting too ambitious. And we’re gonna want you right there to pull the trigger if she does…”

“What do you get? You get out of this cell and get one last chance to make your worthless hide of ■■■■■■■ use to somebody. This job alone is a reward, so long as you get close and keep us informed? You get to live and enjoy life… Within Venal.”

“You ain’t leaving this region for any serious length of time… If you slip out? We’ll find you. We’ll chase you all the way to ■■■■■■■ Jove space if we gotta. Just to make it clear that generosity in this organization won’t be taken advantage of. Consider this region your new prison cell Utatis. Be grateful you get more room to stretch.”

“Damn right you will…”

“Today. After we’re done here we start processing you and get you on your way.”

“Heh… Yeah… Look, I know this is the day you move on from me and should if anything be a good painless first day on the job.”

“How about one last round of fun? For old times sake? Hehehehe…”