I don't know what to do

Hi, before diving right into my problem, I feel that is necessary for me to give a bit of back story, just so everyone can understand my situation. So as a new player with literally a couple of hours of experience I felt completely lost, and I came across this guy that told me he would teach me how to play, he asked me to skip the tutorial, and I did. This guys’ main objective was to create a fleet from scrach (and get the buddy invite rewards as well) and I started learning with some other newbies in these “classes” he gave us, however the classes were at 3am for me ( the guy was american and i’m european) but either way I joined his corporation and set my homebase to his base, Because of the different time zones, it became increasingly more difficult for me to show up to practice, in the end I got kicked out of the corporation and we cutted ties, I’ll admit this experience made me quit the game for a while, but now I what to give it another chance, the problem is I have no idea where to go, I think there are some story driven missions or something like that but I don’t know how to acess them, or how to set my home base to a new one. I know I can create a new character but the guy gave me a buch of stuff and I don’t what to throw it away. Can anyone help me?

I’m very sorry that you had a poor experience, but there are lots of great opportunities and ways to get on track, figure out what you want to do, and find some opportunities.

First, your account allows you to create 3 characters. If you are completely new and are having problems with the absolute basics of navigation and the interface, I would suggest creating a new character just to go through the tutorial. You can keep your existing character and all your stuff, this second character will only be for doing the tutorial.

After that, there are a lot of options, but you might want to consider joining E-Uni as a corporation. They have a lot of opportunities for training and player development and are a great way for a new player to get started:

Of course, there is no rush to do that. After you do the career missions, you can just dive in to whatever part of the game you like- there are lots of options. But hopefully, this will get you headed in the right direction.

Last, use the Rookie Chat and these forums to ask questions. You might get some rude replies, but most of us are willing to help and answer questions.

Good luck and welcome to EVE!

Thanks I aprecciate the quick response and the links!
btw is there a way to pass items and money between characters?

More than happy to help! Bookmark that site- it is probably the best single source of documentation on the game and how to play it that exists. If you have a question, you can probably find it on that site.

To your question, yes there are several ways depending on if they are online and in your station or not. Some of this requires understanding of the user interface. The bar with all the icons on the left of your screen is called the Neocom. This is where you can access a lot of controls and options. One of the icons there is called People and Places. This is where you can store bookmarks of locations (like stations or systems), and store contacts (good or bad- like an address book). Here are some instructions:

Character is online and in your station- they will show up in the Guests tab of the station on the right of the screen:

Character is not online or in your station

1.Open People and Places in your Neocom
2. Click on the People tab and search for the character
3. Right-click on them and select "Give Money"
4 Enter the amount and it goes to them

To transfer goods and items, if the character is in the station.

To transfer goods and items, if the character is NOT in the station.

There are two options, either using a corporate hangar (if you are in a station with a corporate office and you have a common hangar, and you are both in the same corp), this is like a “shared folder”. I assume that’s not the case, so you will have to use a Contract to give the item(s) to the other character.

Note that creating a contract costs 10,000 ISK for each contract, but there is no limit to how many items can be attached to one contract (that I am aware of).

thx, glad to have experinced the great community of eve that I’ve heard so much about on the internet!

Sorry you had such a bad experience with your “teacher”. Most newbie friendly corps I’ve seen recommend completing the tutorial, doing all the career agents, and then doing the SoE arc first before joining. I strongly recommend doing this myself.

The tutorial will teach you how to do the fundamentals, flying around, targeting enemies, and firing weapons. The career agents will teach you more about the different things you can do in Eve such as mining, industry (crafting), exploring, and more advanced combat. The SoE arc is a set of about 50 missions designed specifically for newbros that have learned the basics but don’t know what to do next. The SoE arc will take you all around highsec, fighting different kinds of enemies and generally “seeing the sights”. The SoE arc is great practice doing things you learned in the tutorial like navigation and combat. Also, doing all this will give you a decent influx of ships, weapons and ISK so that you’re ready for whatever you want to do next.

Once you’ve done all that, then I would recommend joining a newbro friendly corp. There are quite a few of them including Eve Uni which was mentioned earlier. Eve Uni is great, I’ve found their help channel is much more useful then official rookie channels and would recommend joining the channel ASAP, but they have some strict rules so the corp itself is not for everyone. I myself chose not to join Eve Uni because of this. I recently joined Brave Newbies and have really enjoyed it. The people there are really laid back and casual. They also do classes and are very willing to help out newbros. I’ve learned a ton from them.

If you don’t like the thought of joining a corp then you can always do missions and explore on your own. I played about year on my own before joining a corp. While playing on my own was fun and I did learn quite a bit, I’ve learned more in my first 2 weeks of joining Brave then I did doing missions in highsec for a year. Also my enjoyment of the game has gone up a lot as well. If you do decide to not join a corp right away that’s fine, however if you start getting bored with Eve then that’s definitely the time to looking into joining a corp.

Thanks for the advice, I’ll keep it in mind.

Hello and welcome to Eve,

All the advice posted in this thread is 100% correct, definitely a good idea to follow it.

Good luck and may you have a long rewarding career here in Eve. 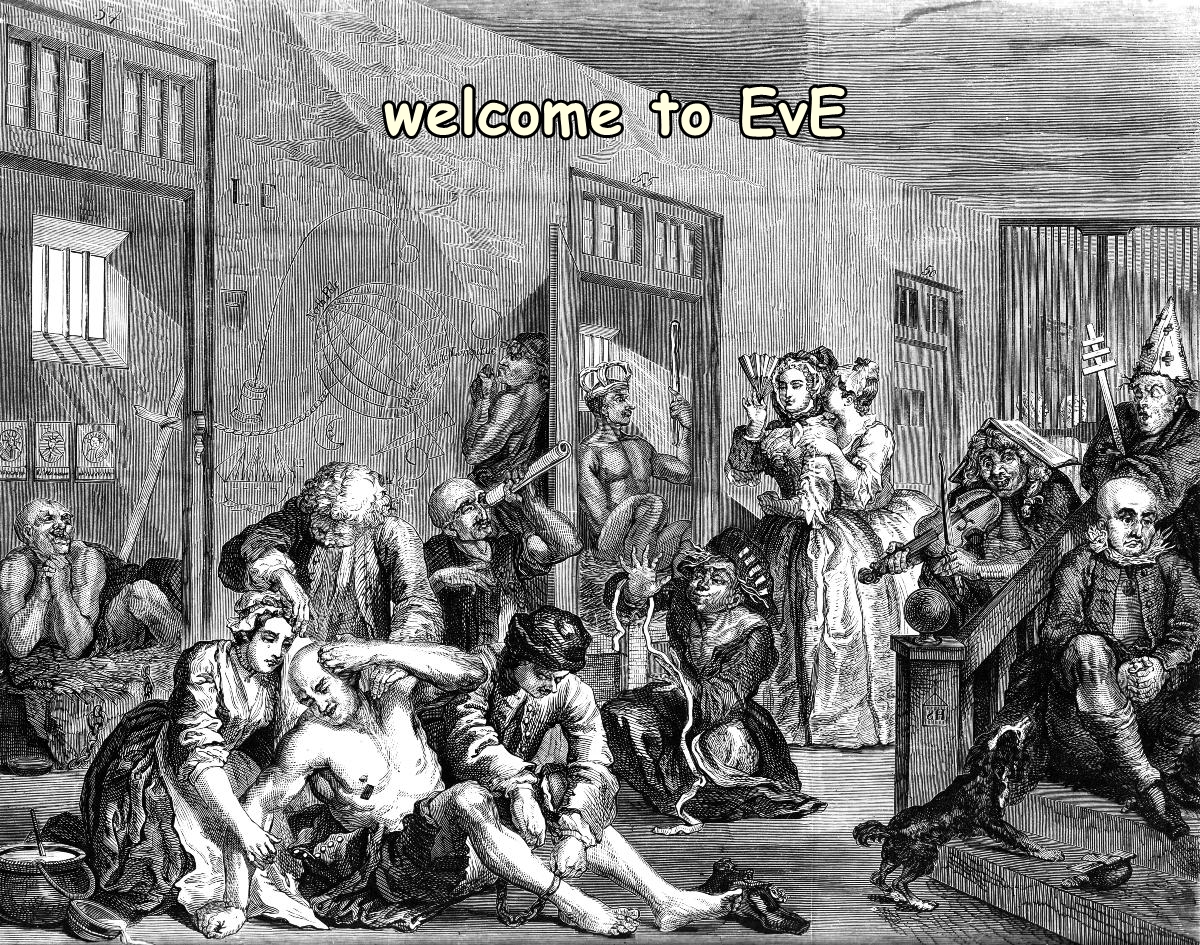 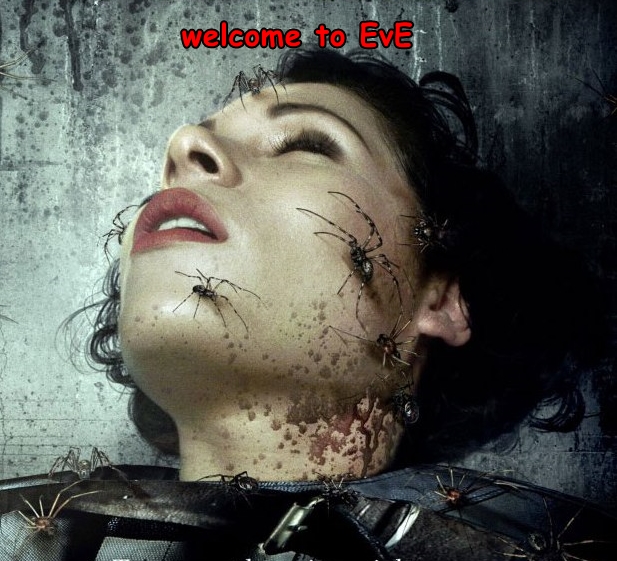 the way some guys here explained are totaly good!!
you should do the tutorial, career agents are great and you should do the SoE epic arc … you get isk, some usefull stuff for the beginning and most important experience

eve is a great place but be careful

I am a rookie as well. I am finished with the career agent tutorials. I want to follow an exploration career path. Would joining E-Uni (I am not sure what this is or how to find it) help me down this career path? Or is there a better option?

E-Uni would be a great option. Info on how to join can be found here:

There are certainly other options as well, such as Signal Cartel as @Vortexo_VonBrenner mentions. Remember, you are never locked in to anything. Try something for a while, and if you get tired of it, do something else, That applies to careers, play styles, ships, and corps

Thanks for the help