Is there a demand for Player with Support Profile

I played EVE many years ago. Coming back to it, would be happy to try out an exploration PVE, Support PVP profile, because i am not too much into the actual gun/shooting thing.

Roaming PvP fleets do appreciate good scouts. Your race doesn’t matter, you can train to fly any ship.

Scouts and logi are both generally appreciated skill sets across all sectors of PvP play, and logi get a lot of mileage in high-end PvE as well. Any racial ships should be fine in general, but you may be asked to train to a corp doctrine for fleet engagements (especially in corps that offer SRP, or are doing a lot of roams where consist ship speeds are important for effective maneuvering).

So Logistics to support PVP is not reallly a thing worthwhile pursuing?

It can be, depending on which corp you join.

For smaller groups a T3 cruiser can be fit with the support processor to provide both logistics and command bursts. The Minmatar Loki works well in this role since it has bonuses for both remote armor and remote shield repair.

These are skill intensive ships.

Indeed, scouts, logistics (healers) and ECM are non-dps roles that are vital to any decent operating group and it’s generally very difficult to find people to fill these roles because they generally require more thought and less pewpew.

Command bursts tend to be an alt role because there’s little to no activity involved so unless you enjoy sitting there doing nothing I’d suggest to not aim for that, at least not as a main goal.

Logistics V is the most valuable skill in the game. It’s an ass to train for but when you look at the sheer scale of the bonuses on logistics ships, level V is very much in demand.

It’s also a prerequisite for Force Auxiliaries (capital logistics) which are awesome ships often relegated to alts but that can really shine in the hands of a dedicated player who can focus on managing the repair and cap modules.

As someone else pointed out, scouting is also in demand, as are cynosural field scouts — again often relegated to alts but not necessarily so.

So yeah, there’s stuff out there if you wanna play a support role, and it’s valuable, too.

Playing as a logi pilot is similar to playing the goalkeeper position in sport - many people don’t really want to do it, but it is important and could make the difference between your team winning or losing.

So yes you would be very useful to your corp as a logistics
(healer role, as others here have pointed out) pilot.

Everyone loves logi pilots (just side note; logi doesn’t show on killmails, though) 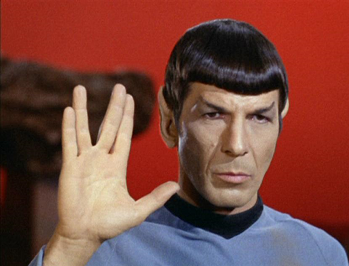