all 3 remaps available. one yearly and 2 bonus 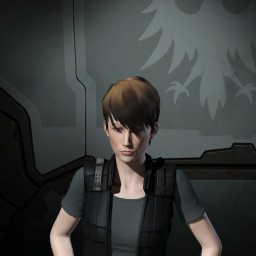 Katie Ambrye is a character in the MMORPG Eve Online. They have amassed 6,797,520 skillpoints and they're currently training 5 skills in their skill queue. Click to learn more about this character

how much isk and how much for it

didnt think id get so far so fast. i was thinking since plex prices are 500 for 2.5b i oculd offer this toon for 5bill minimum

okay just asking in case other people wanted to know

bumps and also this toon is 4.5bill isk

bump. is there something i did wrong on my post.

I think it has more to do with the current state of the character bazaar, where the players potentially interested in your character as a reason to avoid injecting an alt/training time to 5 mil sp as alpha, are hidden by the abundance of people trying to get rich off your 20 euros/dollars/etc by finding cheap buys and making their margin off stripping skillpoints,

so basically my potential customers are trying to rip me off. i dont blame them, everyone always wants a good deal. after one of the ferengi rules of aquisition is ‘never pay more for an aquisition than you have to.’

I mean, there is no downside to making a lowball offer, worst you can say is no, or ignore the offer. You as the seller are the only party with the opportunity costs of having to spend real currency to ccp to complete the transaction, and you can always buy plex directly, sub an account, etc with that currency instead.

It might be slightly malicious to say that they are actively trying to rip you off, but certainly the disparity between involving real currency in the transaction doesn’t factor into their calculations.