Looking for mercs to teach BLACKFLAG a lesson

Don’t be silly, it is now space dust

war was on cool down, Carlos made the mistake of putting down a structure. I paid the bill war continues.

Even after 12 years of doing wars…

I just learned something new. I did not know you can still renew at that stage if that was the case.

That’s what sensible chatting can get you, interesting info

As a wise man once said

I just learned something new

Can the blowned up structure be salvaged and does level 5 salvaging allow that? I am only on level 4 for both drone and lazer salvage and was wondering if it is worth the training time.

Can the blowned up structure be salvaged and does level 5 salvaging allow that?

As a wise woman once said:

The moonshine lights up the night to be like day for you to hunt your prey!

Not anymore as the wreck stays there for only two hours and anyone can salvage it as well but if you are there when it explodes you have a good chance even if others try to salvage it at the same time, just have enough cargo space for the structure components to fit in your cargo hold and lots of salvagers to have a good chance. 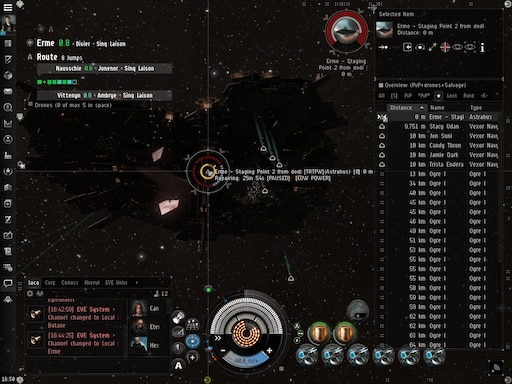 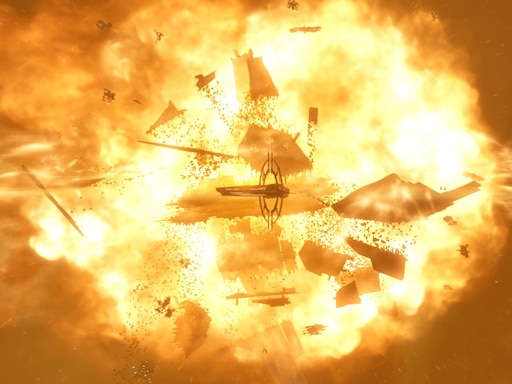 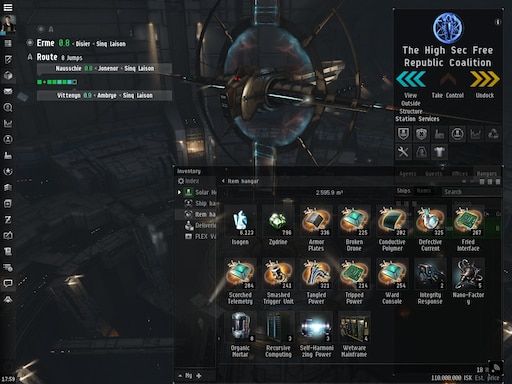 I had watched two explode one that Code. blew up and another Frostpacker blew up.

The time Frostpacker blew one up I couldn’t salvage and thought it was due to my skill levels at the time.

If you have not enough cargo space then an error message will pop up so I assume that is what happened to you as well.

Though not sure how things changed after the addition of citadel cores and they may also altered the related salvage mechanics as it was years ago I’ve last did this but maybe there is related info on the UniWiki or elsewhere or can ask around for such on the forums, r/Eve, in-game chat or whatever.

Btw yes it might be worth it though I think trying to steal the core is better ISK although much greater risk as well as you have to go suspect and need a much larger cargo hold too I think.

If you have low salvaging skills you may not have enough % chance of success to attempt it. Wrecks have a different level of difficulty (larger = harder). If the salvage volume is greater than your cargohold then it’ll just dump it into a cargo can next to you.

I learned Kane a thing

It is not everyday that you get to teach a god a thing or two. 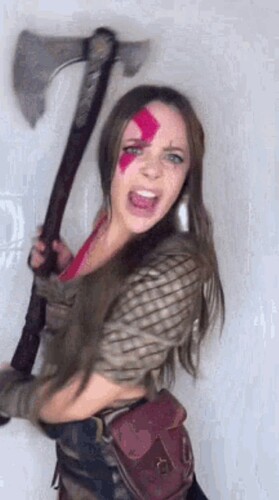 Basically, in an effort to fix the problem of high-sec mercenary groups balling up into large, unbeatable blobs that blanket-dec everything around them, CCP created a system in which the only way to survive as a high-sec mercenary group is to ball up into a large, unbeatable blob that blanket-decs everything around it. Kind of similar to how CCP is “fixing” ganking right now with the intent of deterring gankers from ganking younger, easier targets by severely restricting the ability to gank anything that’s not a younger, easier target.

They don’t play their own game.

@Brisc_Rubal lol can somebody tell this to CCP. They’ve gotta do better with HS PvP. It’s a lot bigger deal than they think and they’re headed the complete opposite direction they should be.

Edit: or maybe like give us a CSM rep? I donno it’s just so hard to relay any information to CCP with HS PvP cause everything gets buried in salt on the forums and reddit downvotes the subject to oblivion.

We need some way to get player feedback to CCP about HS PvP mechanic changes. (From someone other than crying PvEers)

I fought as hard as I could against the ganking changes, but you get so much constant whining and nothing can oppose it.

The more I see, the more I think it’s pretty clear CCP does not want a lot of PVP in highsec.

They’re seeing Albions safe zones and thinking they should do the same without realizing Albion SafeZones make VERY low income compared to their “null sec” zones (like magnitudes less in comparison to eve’s very profitable HS). They’ll have to gut HS income or the game will just break.

The more I see, the more I think it’s pretty clear CCP does not want a lot of PVP in highsec.

CCP need to have it spelled out to them that there’s a crucial interplay between highsec being safe and highsec being boring. Highsec is where most noobs first encounter risk…and such exposure is generally good for them. The notion, expressed by some, that people who are risk averse in highsec are all going to flock to a riskier lowsec if highsec is safer is just palpable nonsense.

CCP also need to grasp that highsec ganking cannot rationally be defined solely as a profit or no profit activity. There are numerous reasons for ganking other than purely financial. For example ganking is perhaps the only way to deal with a persistent bumper, a citadel loot thief, or just generally pesky people who are invulnerable to any other deterrent. Highsec ganking can also be about exerting perceived power over an area.

CCP say they want to protect noobs, and yet this above perspective comes from someone ( myself ) who was a noob only a year ago. The irony.

Like I said, I made all these arguments. It’s upsetting to me to see how gutted ganking has been since the update.